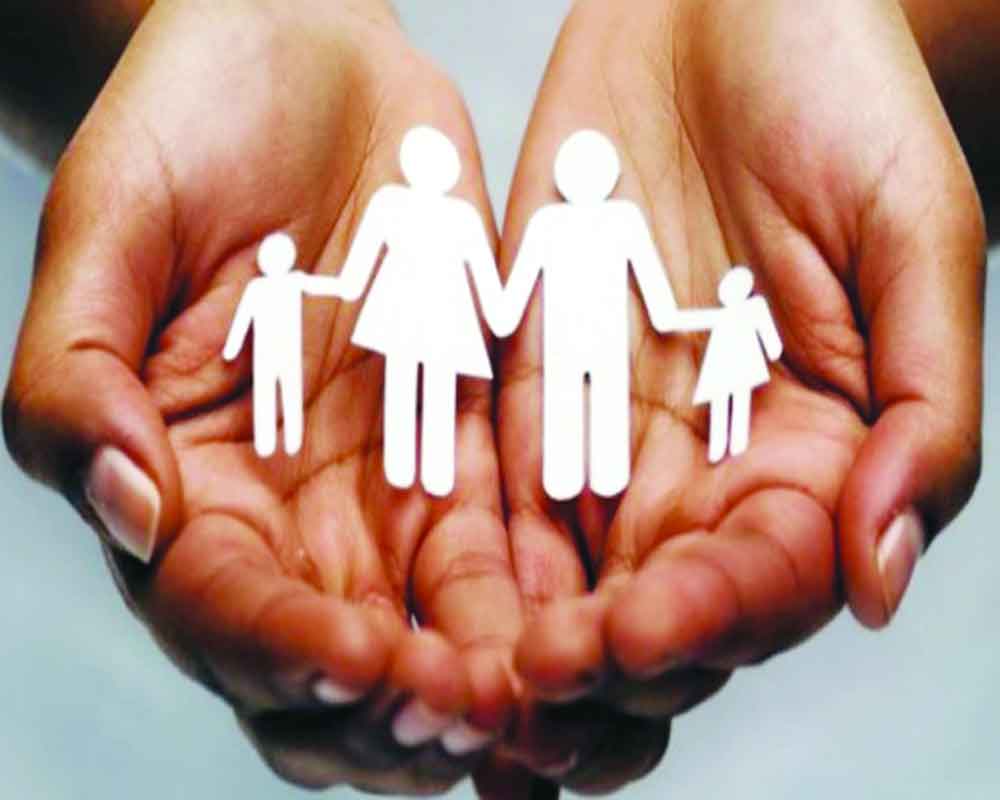 Ever since 1989, July 11 is observed as the World Population Day to draw attention to issues surrounding human population. The urgent need to provide an enabling environment to facilitate women’s autonomy in reproductive decisions was underlined five years later in 1994 at the Cairo International Conference on Population and Development (ICPD). Here, for the first time, an international agreement, recognising the right to sexual and reproductive health, was signed by 179 countries, including India.

Twenty five years have passed since the historic ICPD Programme of Action. Although India has taken several measures to provide universal access to reproductive health services, including contraceptives, has it really delivered on its promise to give women the right to choose when, if and how many children to have?

A closer look at some population statistics will provide the answers. According to official figures, 48.1 per cent births occurred with an interval of less than 36 months. This means that spacing between births is too close. Further, 22.8 per cent are one-third or more order births, indicating families continue to have too many children. That 7.9 per cent of births take place among the age group of 15-19 shows that motherhood is occurring too early. This is probably because 26.8 per cent continue to get married before 18 and the unmet need for family planning is 12.9 per cent (National Family Health Survey 2015-16).

Clearly, there is a gap between a woman’s desired number of children and her ability to access family planning services to achieve it. So, limiting families continues through female sterilisation. Long believed to be the best way for population stabilisation, this method still remains the most popular form of contraception, accounting for two-thirds of contraceptive use until 2015-2016. This despite the introduction of several new contraceptive choices like injectible contraceptive by the Government in 2015. But the hope that this will lead to a shift from female sterilisation to more modern limiting methods of contraception has not happened as widely as expected.

Sterilisation camps by the Government continue despite the 2016 Supreme Court order, which ordered a ban on mass sterilisation camps. The order came following a petition by social activist Devika Biswas after the overdrive to sterilise women under unhygienic conditions led to botched operations and several deaths. Yet, three years after the court order, States still organise such camps to meet their family planning targets. What has made it easier for them is the time frame (three years) given by the court to close their camps. A couple of months ago, a sterilisation camp was held at a Government hospital in Khargon, Madhya Pradesh. But since only six women turned up and a minimum of 12 women were required for the camp to be operational, services were denied. The women were told to come the next day when adequate numbers had been drummed up.

But would the women give their work a miss again to turn up the next day? The cost of inaction in family planning services means that India will increase its population by an additional 149 million by 2031, according to a study by the Population Foundation of India (PFI). This 2018 study found that States expected to contribute the most to this burgeoning population include Uttar Pradesh (31 million), Bihar (24 million), Madhya Pradesh (14 million) and Rajasthan (5 million). With low levels of sexual and reproductive health (SRH) knowledge, including oral and emergency contraceptives among adolescents in States such as Uttar Pradesh and Bihar, this doesn’t come as a surprise. Only one in two married girls among older adolescents and a little less than a quarter of unmarried boys and girls ( all in the  age group 15-19 years), are aware that a girl can become pregnant even when she had sex for the first time. This revelation by a Population Council study underscores the risk faced by adolescents in these two States.

If these knowledge gaps continue, the country will have to bear the burden of an additional 69 million births during the period 2016-31 as the child population (0-4 years) will increase to 22.7 million, according to the PFI study. Here again, Uttar Pradesh (4.1 million),  Bihar (3.3 million), Madhya Pradesh (2.3 million) and Rajasthan (1.1 million) will account for about 60 per cent of this increase. However, about 1.2 million maternal deaths can be prevented by 2031 in our country if family planning services are easily accessible and women have the power of choice. Just how better family planning services impact  maternal mortality can be seen from the fact that there has been a fall in the number of live births between 2001 and 2011, meaning more than one-third of the potential number of maternal lives were saved, said the study.

In fact, the effect of fertility decline on the potential number of maternal lives saved is estimated to be 57 per cent for Uttar Pradesh and 62 per cent for Bihar, the two States where maternal mortality rates are high. All this can be achieved by addressing social determinants of health, promoting women’s empowerment and education, adopting a target-free approach and ensuring a convergence of service delivery at the community level. Is this asking for too much?

Studies have shown that unsafe abortion is the third leading cause of maternal mortality in India. According to a report by the Guttmacher Institute, International Institute of Population Sciences and Population Council, about eight women die from causes related to unsafe abortion every day. A majority of rural and poor women visit primary health centres (PHCs) to access health care. But only a few PHCs provide abortion services. Only five per cent of the PHCs in Bihar and four per cent in Uttar Pradesh provide abortion services. The Guttmacher study found that almost half of the pregnancies being unintended, majority of them ended in abortion. It revealed that in Bihar, unintended pregnancies were 48 per cent and 27 per cent of them ended in abortion. In Uttar Pradesh, 49 per cent of the pregnancies were unintended, of which 31 per cent were aborted.

If quality family planning services are provided under the Universal Health Care programme, it would mean fewer children. This in turn will cut down the high, and often catastrophic out-of-pocket expenditures (OOPE) incurred by families. According to the PFI study, households can achieve about one-fifth reduction in total OOPE on delivery care and child hospitalisation with good and timely family planning services. Is this also asking for too much?

Every year, July 11 to July 24 is observed as “Population Stabilisation Fortnight”. This is preceded by a “Couple Mobilisation Fortnight” (June 27 to July 10). And like always, it is the women, who are saddled with the burden of planning their families. Rarely do men step forward. The lack of male multi-purpose workers perpetuates myths and fears they have of losing their masculinity if they go under the knife. States are reluctant to invest in male workers since they have to pay their salaries. Frontline health workers like the accredited social health activists (ASHAs), who are meant to do family planning counselling, are paid by funds from the Centre. But they are unable to reach out to the men directly.

Asking wives to persuade their husbands to undergo vasectomy or adopting other family planning measures is challenging for the ASHAs, considering the deeply entrenched patriarchal attitudes. So, they land up bringing women for sterilisation. This can end only when increased investments in advancing women’s health, education and skills, delaying their age at marriage and enhancing opportunities for them in the labour market are made. This cannot be asking for too much. For until then, the pledge taken by India at ICPD 25 years ago will remain unfulfilled.