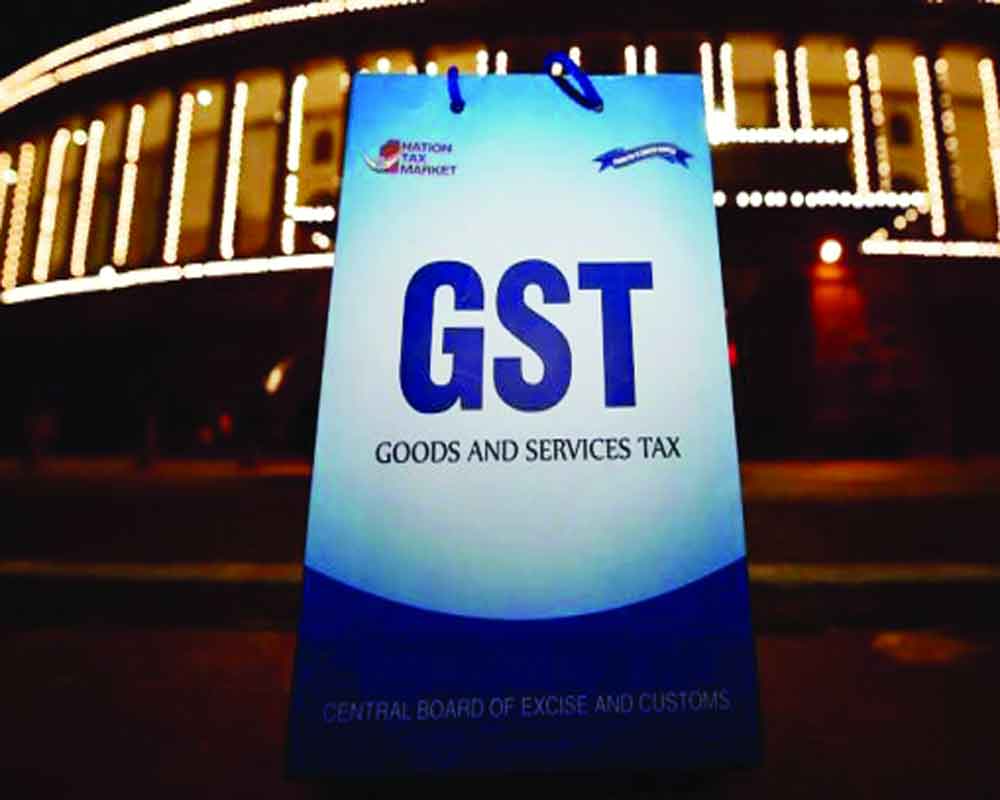 Two years after the implementation of the GST, it appears the Government failed to address a couple of serious lacunae. It needs to correct course and restore trust

This month marks the completion of two years since the Goods and Services Tax (GST) was rolled out. To mark the celebration, the Finance Ministry is planning to come up with further reforms in the indirect tax system with the introduction of a new return system, rationalisation of cash ledger system and a single refund-disbursing mechanism, among others. This in itself proves the fact that the GST is still a work in progress. In fact, GST and demonetisation were considered to be the two landmark reforms that would help formalise the Indian economy.

To recall, on November 16, 2016, the NDA Government announced the demonetisation of all Rs 500 and Rs 1,000 banknotes. This announcement was followed by prolonged cash shortages across the country, which led to chaos and disruptions in economic and industrial activity. Demonetisation was a big step to weed out unaccounted money from the economy as well as to increase tax compliance. But the exercise put businesses as well as the common man through various stages of hardships, so much so that the business sector is still feeling its aftershocks.

The true impact of demonetisation, especially on the farm sector and the industry, became evident with the passage of time. In fact, the Ministry of Agriculture presented a report to a parliamentary panel two years after demonetisation where it admitted that the farmers were badly hit by notebandi. Demonetisation had made 86 per cent of the existing currency (denominations of Rs 500 and Rs 1,000) illegal tender. The farmers, particularly the smaller ones, depend on cash for the purchase of seeds and fertilisers and due to the lack of cash, millions of them were unable to purchase raw materials ahead of the rabi season.

The Agriculture Ministry informed a committee that when demonetisation was implemented, the farmers were either selling their kharif yield or sowing rabi crops. Notebandi rendered all the cash they had in hand useless. This drastically affected the farmers. Even Government seeds could not be sold, said the report. The drastic move also affected big farmers as they had to pay wages to the labourers working on their fields. But they went cash-strapped post demonetisation, the Agriculture Ministry report said. The Ministry said that due to the shortage of cash, about 1.38 lakh quintals of wheat seeds of the national seed corporation were not sold.

The Government later allowed the use of old notes of for the purchase of wheat seeds. But this relaxation did not improve their situation much. A week after the report was tabled in front of the parliamentary committee, the Union Agriculture Ministry did a u-turn and decided to prepare a fresh report. Similarly, the Reserve Bank of India’s (RBI) annual report for 2017-18, confirming that most demonetised notes — up to 99.3 per cent — were returned to the Central bank, affirmed the opinion that the decision to ban specified notes not only failed in its stated objective of flushing out hidden wealth but also ended up causing damage to the economy.

The sudden decision had a two-fold impact on the Indian economy: An aggregate demand shock by reducing the supply of money and an aggregate supply shock by constraining cash availability as a critical input for specified economic activities, such as purchase of inputs in the agriculture sector. Growth slowed down to a four-year low of 6.7 per cent. Demonetisation, coupled with the implementation of the Goods and Services Tax (GST) in July of 2017, led to disruptions and turbulence in economic and industrial activity, eventually causing lower domestic Gross Domestic Product (GDP) growth.

Demonetisation and GST served a double whammy to the economy due to which average businesses are struggling to recover. As the business community tries to meet GST compliance and payments month after month, recoveries from the market are dwindling rapidly, bringing about a cash crunch and working capital crises for even the most robust businesses. Added to the problem is the absolute lull in the economy wherein the spending sentiment is at its lowest ebb, resulting in big industries witnessing stagnating sales even in the best of months.

Government efforts to resuscitate small and medium businesses by providing sops to encourage digital payments are not helping since these businesses are facing rising working capital shortages coupled with spiralling debtors. The stringent action for delaying GST payments over two months, leading to suspension of one’s registration, is not helping as well. The sentiment in the MSME sector is that of being harassed by payments that are agonisingly slow to come from the market on the one hand and strict GST payments to be made every month without fail on the other. The higher the GST bracket the business falls under, the worse the cash rotation problems are.

The GST, founded on the notion of “one nation, one market, one tax” with a single stroke converted India into a unified market of 1.3 billion citizens. This new tax regime fundamentally helped the $2.4 trillion economy transform itself by doing away with the internal tariff barriers and subsuming central, State and local taxes into a unified tax. When such mega exercise is undertaken, there are bound to be difficulties and India Inc weathered these teething troubles bravely. But now it is the time when the economy should have stabilised. However, even after two years of the launch of GST, stability is yet to materialise.

This July, India officially completed two years of GST regime but businesses that were impacted due to the move are yet to get back on track. The situation will most likely worsen in the coming times unless the Government ensures that the widening chasm between realisable amounts of businesses and tax payments is controlled. In order to ensure this, swift rotation of money in the economy must be ensured. Currently, there is not much of liability on debtors, who owe huge amounts to businesses. Business owners, on the other hand, are forced to pay tax on time every month for billings for which the money is still to come from the market. Here, the Government must intervene and ensure that a minimum time is fixed for the debtors to pay the firms the billed amount. This will get the money rotating in the economy and tax compliance and GST collections, too, will improve significantly.

Given the evident slowdown in the economy and a fall in the spending pattern, the Government must take immediate steps to boost common man’s confidence in the economy. This is particularly true in the case of the business community, which is also a tremendous source of employment. The Government’s efforts to insulate smaller businesses through the composition scheme are commendable. However, the clause, which stipulates that inter-State supplier of goods would be automatically excluded from the composition scheme facility, has hit many regional businesses hard whose operations spanned a few States at best. These businesses had to opt for GST by force. India needs to become the global hotspot for ease of doing business. No matter what scale of business one wants to set up, the experience of acquiring licences through a single-window facility, which is transparent and corruption-free, is crucial and so is a perceptive tax regime which is designed in such a way that it intuitively understands the growing needs of businesses and levies taxes accordingly. This will nurture India Inc and truly herald achhe din for the economy.