A witness to history

A witness to history 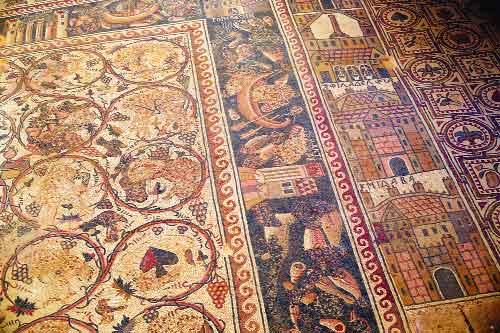 Bashar Tabbah’s book, A Map & A Lens: Jordan Sights Unseen and Stories Untold, through photographs and texts, tracks the unfolding of the entirety of Jordan’s history

One can divide writings about countries into three broad categories — academic or journalistic narratives about their politics, economics, international relations, history and future; literary travelogues — such as Lawrence Durrell’s Bitter Lemons about Cyprus — describing one’s encounter with a country’s life, people, landscapes, cities and villages; and coffee table publications with engaging photographs of places of tourist interest, including historical sites and information about how to visit these, their significance and past.

Bashar Tabbah’s book, A Map & A Lens: Jordan Sights Unseen and Stories Untold (Jabal Amman Publishing), is a significant addition to the third category. It is perhaps the only one of its kind that covers all important sites of tourist attraction in Jordan, which has a long history with evidence of human habitation as early as the Paleolithic Age. Bashar has arranged his photographs and text (the latter co-written with Jane Taylor) according to the various periods that have followed one another chronologically, beginning with the earliest Paleolithic, Bronze and Iron Age sites like Bayda, where the first settlements date back to 8,300 BC and Ayn Ghazal, founded around the same time and remarkable for its lifelike human statues.

Next comes the Nabataean period with the famous remains of Petra. The Romans and Byzantines, who followed, have left their imprimatur in cities like Jerash, Umm Qais and Umm al-Jimal and the exquisite mosaics in Madaba and Umm ar-Rasas, a complex of 16 churches that have been declared by UNESCO has a World Heritage Site. The sites of early centuries of Islam depicted include Qusayr Amra and Qasa al-Hallabat. Monuments of the crusaders, Ayyubids and Mamluks, which feature in the book, include the Karak, Shobak and Ajlun castles. The Ottomans, who ruled for several centuries, have left behind numerous buildings and forts like the Hasa Hajji Fort.

The photographs and texts in the volume track the unfolding of the entirety of Jordan’s history, including what is described as the Abrahamic Sites, which include Bethany, the place, a little north of the Dead Sea, where Jesus was baptized and the tombs of a number of prophets mentioned in the Old Testament. Jordan and the region around have been witness to multiple events connected with the emergence of Christianity and Islam, particularly the former. It has seen the rise and fall of empires and kingdoms and the marches of massive armies and battles, including those that Prophet Mohammad and his associates fought.

It is by no means easy to chronicle such an eventful journey in time and its architectural legacy in photographs and texts. Photographing historical sites poses its own special problems in the sense that it is not just a matter of pressing the shutter. Each building looks different under different light conditions — during day and night, dawn and dusk, on sunny and cloudy days. What lends it its identity is its structure, its constant feature. What makes the identity of a historical monument different from those of other structures is its aura arising from its being a witness to time, with its flows of people and events, bearing the silent imprint of the eras when life surged around it. A subtle, invisible emanation of the accumulated vibrations of the past, a monument’s aura glides into the consciousness of those with a sense of history, a proneness to wonder how life might have been in the remote past and the ability to imagine living in its midst. Not many fill the bill.

Even among those who do, the aura’s awareness comes in special moments when solitude enables the absorption of signals from the past, which are not overwhelmed by those from the present when multitudes swirl around, particularly chattering, shouting, selfie-clicking tourists, disgorging from buses and shepherded around by guides.

To be a true reflection of a historical monument’s transcendental persona and not just calendar art, a photograph needs not only to capture its aura but, like the monument itself, make one wonder about quotidian experiences and events centuries or millennia in the past. To achieve this, a photographer needs to know a monument’s history, and sense the imprimatur of its past on its present, stand before it in silence, with the vents of beyond-sensory perception open for times bygone to flow in. For this he/she needs to be relatively alone with the monument, which in turn demands presence in early or late hours when few are around, and repeated visits if the magic moment proves elusive. In a country like Jordan, with its many and widely separated historical sites, it means thousands of kilometres of travel.

All this requires perseverance and deep commitment manifested in sustained hard work. If his photographs are any criterion, Bashar Tabbah shows both in amplitude. These are not just of monuments but of the spaces in which these are located and the skies above, particularly at night when millions of stars sparkle and wink. A bonus is his photograph of the Dead Sea on a January evening.

There are many publications with stunning photographs of monuments and human settlements, and many with informed histories. But not many that combine both. More, one is caught in its web once one opens it. Simply put, it is unputdownable. India could do with a book like this on its rich and widely dispersed legacy of historical sites.