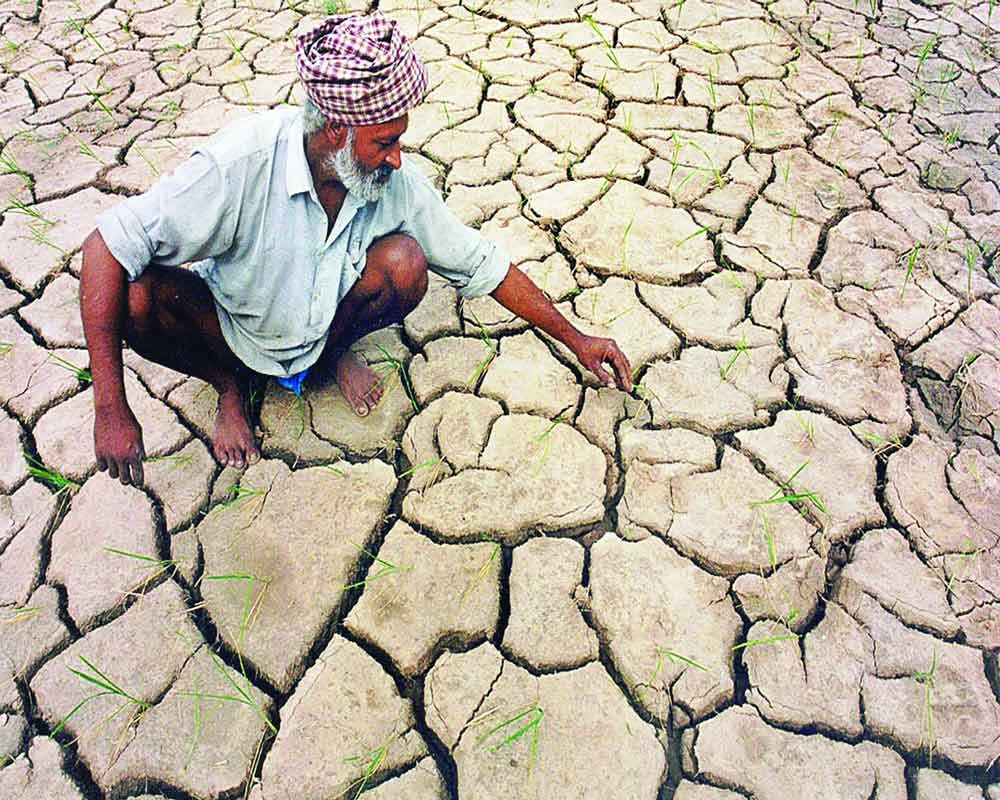 The combined effect of El Niño and aerosols reduces rainfall markedly over the sub-continent and intensifies the severity of droughts by as much as 17 per cent, as compared to the individual effect of a warm ocean current

Aerosols, tiny solid particles or liquid droplets suspended in the atmosphere, are rapidly becoming the ubiquitous factor in environmental degradation and pushing up the frequency of droughts across the world, especially in India. They can come from natural sources, like dust or wildfires, or man-made sources such as vehicles and industrial emissions.

A team of atmospheric scientists from India, USA and Canada found that aerosols in the atmosphere can increase the severity of droughts in the Indian subcontinent by as much as 17 per cent during El Niño years.

The El Niño phenomenon, which occurs when there is abnormal warming over the Pacific Ocean, is already considered detrimental for the monsoon as it blocks the flow of moisture-bearing winds from the oceans to the Indian landmass. A new study by Indian Institute of Tropical Meteorology (IITM) Pune found that it further weakens the monsoon by transporting aerosols from lower altitudes in the East Asian region up and into the higher altitudes of about 12-18 km, forming an aerosol layer called the Asian Tropopause Aerosol Layer (ATAL) over the South Asian region.

It remains suspended there during the monsoon and its thickening cuts solar energy to the Earth. This in turn weakens monsoon circulation and increases the severity of drought conditions.

The study, published in the Scientific Reports journal, reveals that the combined effect of El Niño and aerosols reduces rainfall over the Indian sub-continent as compared to the individual effect of El Niño. Going by the satellite readings and a series of model simulations in the report,  the severity of droughts during El Niño years over the sub-continent has amplified by 17 per cent.

Noting that in recent decades there has been an increase in the frequency of El Niño events and droughts over India, the researchers warned against any further increase in industrial emissions from both East and South Asia as they can lead to a wider and thicker aerosol layer in the upper troposphere and further intensify droughts.

Given that India is already vulnerable to hydrological and weather extremes, a higher degree of drought severity will only subject the country to more hydrological stress while affecting agriculture and the livelihood of millions of people.

Reducing aerosol emissions is not only essential for improving air quality but also for controlling droughts and their impact on people in the Indian subcontinent. Rising temperatures, too, are becoming the cause of increase in the concentration of aerosols in the atmosphere that cause air pollution.

According to a recent study by researchers from the University of California, aerosol presence is exacerbating climate change and its adverse effects. While climate change is warming oceans, it is warming land faster, which is bad news for global air quality. The study, published in the journal Nature Climate Change, shows that the land-sea warming contrast drives up aerosol concentration in the atmosphere.

Aerosols not only affect the climate system, including disturbances to the water cycle, they also harm humans, animals and plants as they cause smog and pollution. Their output and emissions are a matter of grave concern.

To rein in these soaring emissions, we need to understand the level of aerosol pollution in India. India needs an aerosol protocol that is able to set the parameters for preventing spread of aerosol emissions. Industries and other man-made sources of aerosol emissions currently have a free run thanks to lack of stringent regulations that set ground rules for operations.

The categorisation of industries and other aerosol-emitting units is critical and periodic checking will go a long way in controlling them. This will have a direct impact on the fight against climate change and help India arrest its worsening environment situation.