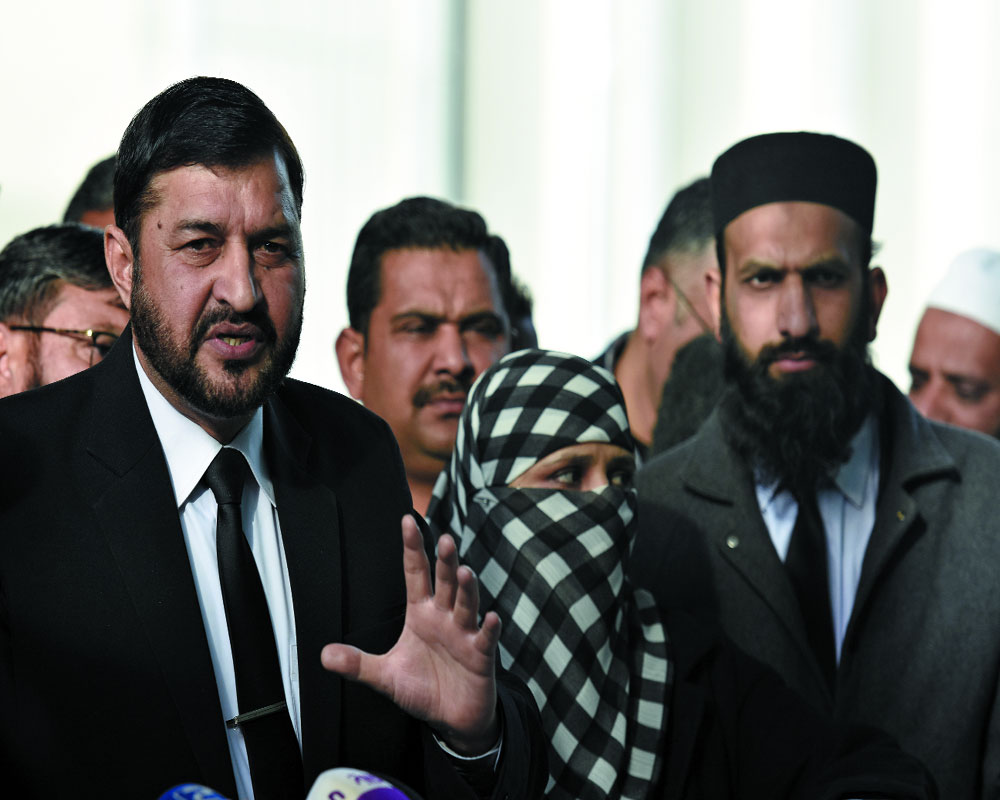 While the free world might have heaved a sigh of relief at the final acquittal of Aasia Bibi, she was just one example of continued victimisation by Pakistan’s blasphemy laws

Bibi Aasia Noreen, the Pakistani Christian woman who was on death row for blasphemy, is finally out of the woods. The Supreme Court of Pakistan recently rejected the final appeal against her acquittal. But she might still have to relocate to the West, as living in Pakistan could prove perilous for her. India could have set an example by inviting her to live in this country.

Imagine if Aasia Bibi were a Christian woman in India, working in an agricultural field alongside Hindu women. Consider a hypothetical scenario. Thirsty after working under the hot sun, she fetches a pail of water for fellow workers, but first drinks some herself from the metal mug lying beside the well. The other women,  suddenly realising that she is a Christian, wonder whether Aasia Bibi had “polluted” their well and “diluted” their religion. And then, angered and hurt, Aasia Bibi reacts by telling some horrible things about Hindu deities as though she had been reading BR Ambedkar’s Riddles in Hinduism: The Annotated Critical Selection the previous night.

What options would Hindu women have against Aasia Bibi? First, a cat-fight to teach her a lesson on the spot. Second, tell the owner of the land to dismiss her from services. Third, to complain to their respective husbands about the defilement. Fourth, to tell the priest about a local temple. Fifth, go to Rashtriya Swayamsevak Sangh (RSS) and Vishwa Hindu Parishad (VHP) karyakartas. Sixth, to go to the law enforcing authorities like police and court.

The third and fourth options would have been treated as nothing more than gossip-mongering. Also, since Aasia Bibi  is not a Bible-thumping Christian missionary, there would be little to excite the RSS and VHP karyakartas. The fifth option of approaching the law enforcing authorities would be positively dangerous for them as they would be hauled up under Section 3 of the Protection of Civil Rights Act, 1955, to enforce religious disabilities (denying access to water sources). Thus, rather than doing any harm to Aasia Bibi, they themselves would have ended up in prison for  up to six months besides depositing a penalty.

But on June 14, 2009, Aasia Bibi was unfortunately in an alternate universe called Pakistan. She was arrested on charges of making derogatory remarks about Prophet Mohammed, based on the evidence of Mafia Bibi and Asma Bibi. Qari Mohammed Salam, a local cleric, filed a case of blasphemy with the police, based on hearsay. The case spiralled in importance with a local court awarding death sentence to Aasia Bibi   for denigrating Prophet Mohammed in 2010, and later a Lahore court upholding its judgement in 2016.

The Pakistan Penal Code has several controversial sections (and sub sections thereof) ranging from 295 to 298-C under offences related to religion, commonly called “blasphemy laws” that are discriminatory against non-Muslims. The most dangerous of them are 295-C (use of derogatory remarks with respect to Prophet Mohammed) and 295-B (defiling the Holy Quran) which carry a punishment of mandatory death sentence and life imprisonment respectively.

Some of these deadly provisions were inserted in Pakistan’s Penal Code not when the Islamic Republic was founded but in the 1980s, when the rest of the world was seized with the idea of progress. Pakistan had inherited some blasphemy laws from the British period but those were religion-neutral. Their basic purpose was not to defend religious principles but maintain communal peace.

In three decades between 1947 and 1977, there were only 10 reported court judgements in Pakistan pertaining to offences against religion. The complaints were made mostly by Muslims against other Muslims, by non-Muslims against Muslims. No case was registered by a Muslim against non-Muslims for committing an act of blasphemy against Prophet Mohammed or “defiling” the Quran. But all these was about to change soon.

In 1974, when Zulfikar Ali Bhutto was the Prime Minister, the first amendment in the Constitution of Pakistan, 1973, was carried out to exclude the Ahmediyas from the legal definition of being a Muslim. The language of the amendment had a theological overtone incompatible with modern constitutions. It says that a person, who does not believe in the absolute and unqualified finality of the prophethood of the Mohammed, is not a Muslim for the purpose of the Constitution or law.

In 1977, General Zia-ul Haq came to power through a coup d’état. The ensuing 11 years saw increased Islamisation of Pakistan in various spheres. These included insertion of five provisions relating to blasphemy in the Pakistan Penal Code between 1980 and 1986. Close to 1,500 people have been charged under those sections till date though none were actually hanged.

A Federal Shariat Court (FSC) was established in 1980, with the power to “examine and decide the question whether any law or provision of law is repugnant to the injunctions of Islam”. The FSC’s decisions are binding upon the Government unless the latter successfully appeals to the Shariat bench of the Supreme Court.

When Section 295-C was introduced in 1986, it had a provision of life imprisonment as an alternative to capital punishment. But in 1990, the FSC recommended the removal of alternative provision of life imprisonment. Since the Pakistan Government did not appeal against this recommendation in the Supreme Court by the deadline of April 30, 1991, the capital punishment without an alternative attained finality.

A judgement of Peshawar High Court in 2006 expressed serious concern that whenever a person was charged with such an offence, the media gave extensive coverage and the accused person was abused by the society/people at large. Even under Islamic injunctions, the court added, it is for the Qazi alone to decide the guilt or innocence of the accused and none could be allowed to forejudge and condemn any person accused of such offence without facing proper and fair trial.

Right to fair trial is what the Supreme Court based its case upon in its judgements (dated October 7, 2015, and January, 28, 2019). But unfortunately, the court could not discard or challenge the atrocious rubric of blasphemy laws. This means there will be no end to this madness in Pakistan. The courts could not counteract blasphemy because they know it is an integral part of Islam. Its misuse though has been possibly as old as its application itself.

Nicholas Mannucci (1638-1717), the Italian adventurer to India, relates in his Storia do Mogor how a rich Jew in Aleppo (Syria) outwitted a Muslim Governor, who wanted to deprive him of his wealth,  life and religion by abetting blasphemy in the 16th century. The Governor asked the Jew, who was the greatest Prophet among Moses, Christ and Mohammed? Had the Jew said Mohammed, he would be asked to accept Islam. Had he mentioned the others, it would be considered a blasphemy and he would be put to death.

The Jew, however, proved cleverer than expected. He narrated a story of how a rich man had a precious stone, which each of his three sons wanted to inherit on his death. So he got two exact replicas made from the lapidaire; and gave away those to each son so that one had the original and the other two had replicas. But he told each to keep it a secret that he had given him the original and the false one to others. But only the father knew who got the original. So God gave three Prophetic  religions viz Judaism, Christianity and Islam to three races. While each thinks his religion is true,  God alone knows the truth. The Muslim governor conceded defeat in his mission and even rewarded the Jew.

(The writer is author of recently published book, ‘The Microphone Men: How Orators created a Modern India’. Views expressed are his personal)