An idea at best

An idea at best 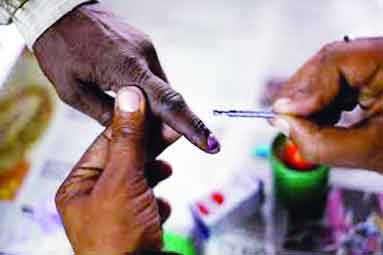 The debate on “one nation, one poll” has been an ongoing one and, on the face of it, the favourable aspects do attract some traction, chief among them being the streamlining of costs and apparatus of conducting the election process itself and stemming the prospect of policy paralysis, with some State or the other due for a mandate every other year. The argument is that with States in India’s federal structure going to polls at varied points of time within the Central government’s mandated period of governance, no visionary or decisive steps can be taken or implemented as they would be subservient to electoral politics, which in this country tends to be overtly populist in nature. Besides, it would rid the country from being in a continuous poll mode and go in for a performance mode. But it is in the subtext of the Westminster system we have adopted that questions arise about whether a unitary system works best for our federal structure. And in the current political context, whether it threatens the very idea of regionalism itself, considering that in a single election, national issues tend to take centrestage and drown out or at least blur pertinent issues of localised interest, something that regional parties are usually in better command of and base their political relevance and bargaining chips on.

Although many argue that the Indian voter is evolved enough to make a distinction between the larger national interest and his neighbourhood, there is always a possibility that the overarching aura of the former could swamp the judgment call of the voter at the state level, if the prevailing party seeking mandate happens to be of a centrist party. And as the results of the recent Lok Sabha have shown, the centrist surge has helped the ruling NDA regain its footprint in States, where it had been hit badly in the Assembly elections just a few months ago. Besides, with many regional satraps now friendly to it, the NDA thinks it is an idea whose time has come. This is precisely the reason why Prime Minister Narendra Modi has renewed the proposal for “one vote.” But the idea is fraught with complexities that need very careful deliberation. This will require a substantive number of Constitutional amendments to the Representation of the People Act 1951, the anti-defection law and others relating to rules of procedure with two-thirds majority in both Houses. Besides, such a move does not factor in mid-term situations where a State government may choose to dissolve itself or fall because of a loss of majority. Would the Governor then not call fresh elections or hold on to a moribund Assembly till the dates of the next round of general elections are announced? What if the Central Government falls before the term of the Assemblies end? Such a move, based on current context, would then go against the grain of democracy and lead to surreptitious absolutist control of federal polity. As it is, though we call ourselves a federal entity, in reality we are a more centralised union of states. The “one nation, one election” formula would further strengthen this idea and, therefore, needs very careful deliberation. Already, the Opposition, primarily the Left and the Aam Aadmi Party (AAP), has rightfully warned about the implicit idea of a monolithic State that such a move might encourage, fuelling such demands as “one nation, one culture, one language.” This clamour for a unitary governance structure and discourse may well become a syndrome than reform. The Trinamool Congress has rightly asked for a White Paper on the subject for transparency of views. Besides, as former Election Commissioner TS Krishnamurthy said, several administrative alignments are needed for simultaneous polls, and that readiness had to be first ascertained without pushing through the proposal just for the heck of it. When the idea was placed before the Law Commission, it, too, had recommended that in order to equalise timelines, two conditions had to be met: First, a ‘motion for an early general election must be agreed to by at least two-thirds of all members of the House.’ Second, ‘a no-confidence motion must be passed by the House and with no alternative government being confirmed within 14 days of passing a confidence motion.’ Such compliance is still a tough call. The BJP knows it, too, but wants to tell its voter base that it tried to push a key pledge in its manifesto and keep its election momentum going for the next round of Assembly polls.