Anatomy of a heat shield

Anatomy of a heat shield 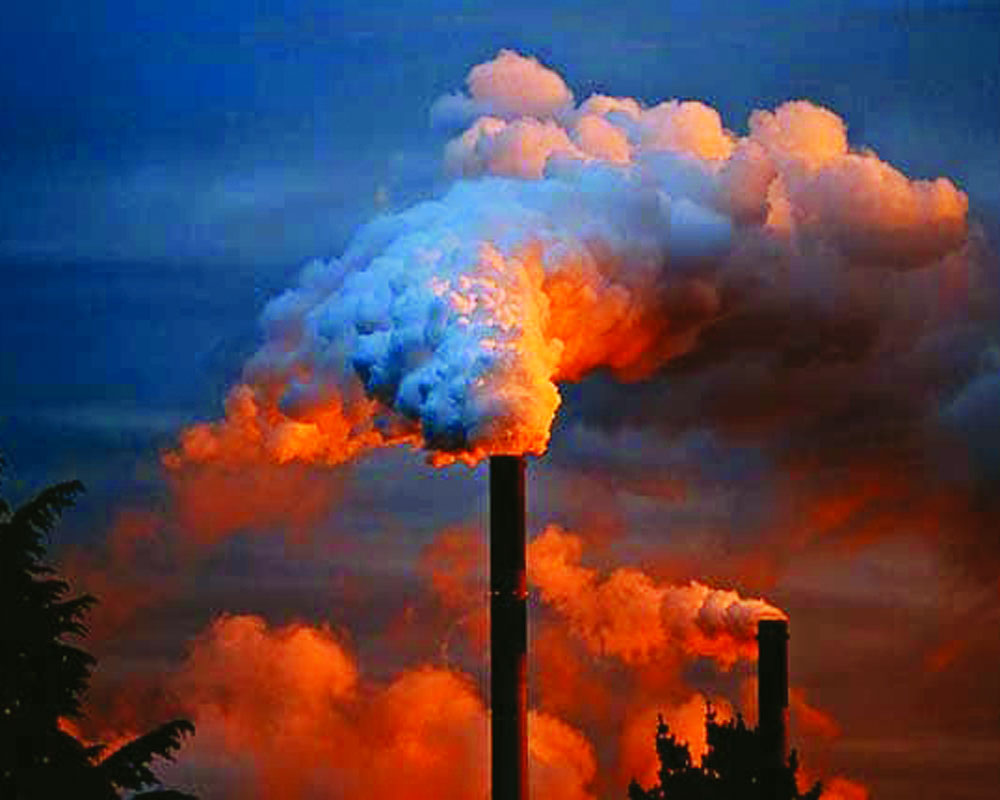 The impact of climate change would leave a large part of the population vulnerable in India. It needs to develop its industrial strengths in a technology of the future

In December, 2018 a two-week long event took place in Katowice, Poland, which represented the 24th Conference of Parties to the UN Framework Convention on Climate Change. It is relevant to know that COP24 made some headway, despite some serious and disturbing developments on the part of the US, Saudi Arabia and Russia. The Conference in Katowice was preceded by the completion of a special report by the Intergovernmental Panel on Climate Change (IPCC), which clearly brought out some of the impacts and risks associated with temperatures between 1.5oC to 2oC, and beyond.  This report, which highlighted some of the impacts that would be projected for temperatures between 1.5oC to 2oC, clearly emphasised the need to maintain global temperatures below 1.5oC by the end of the century.  The earlier target of 2oC laid down in the Paris agreement — with a clear provision for revisiting the target of 1.5oC based on the IPCC’s assessment — would certainly result in a number of climate related risks, which the world needs to avoid with mitigation of emissions of greenhouse gases (GHGs) and adaptation measures.

Awareness about climate change has changed substantially over the last 11 years or so, since the Fourth Assessment Report of the IPCC came out in 2007. This was further strengthened in 2011 when a special report of the IPCC on extreme events and disasters led to an acceptance of the fact that climate change would be accompanied by an increasing frequency and intensity of extreme events, including heat waves, extreme precipitation events,  sea level-related events and large-scale precipitation associated with hurricanes and cyclones in different parts of the world.  Indeed, the public at large is now witnessing some of these extreme events, including the terrible wild fires in California, which were clearly the result of extreme heat waves and dry conditions. In some cases across the world these are also followed by mud slides which cause further disaster with rainfall that follows.

India is no exception to some of these impacts.  In fact, a report published by the Lancet entitled as ‘2018 Lancet Countdown on Health and Climate Change’ clearly establishes the linkages between health and climate change and implications for India’s policy commitments. For instance, the health effects associated with heat waves in India are increasing, and the Indian Government and related public health agencies need to identify established hotspots in India through rigorous tracking and modelling of meteorological data.  Health effects include increased rates of heat stress and heat stroke, exacerbation of heart failure and acute kidney injury from dehydration.

It was in 2003 that Andhra Pradesh suffered the longest ever heat wave, and the then Chief Minister of the State, Chandrababu Naidu, set up a committee under this writer to not only look at immediate impacts of what had happened but also make projections for the future. It is unfortunate that for a major calamity such as this there was hardly any coverage by the media or through other channels by which those who were affected by heat stress could find relief and survival.  Typically, a number of those human beings who succumbed to these conditions often went inside their homes, which were typically far hotter than the ambient temperatures outside.  They had no awareness of and did not resort to oral rehydration therapy; many deaths occurred as a result.

Many lives would have been saved, if this very simple measure could have been conveyed by the media and other channels to the areas which were the real hotspots at that stage. The Lancet report also talks about the large-scale loss of economic opportunities on account of heat waves, which in particular have clear economic implications for the rural poor spread across various parts of the country.

It is sad that despite the large population of rural households, we have not really come up with alternative means by which suitable designs of homes, including passive designs, on which considerable knowledge exists today, could be constructed for the poor. Indeed, those who are part of the middle class or above can often resort to air conditioning — and even heating in the winter — but it is the poor who are exposed to the elements, and the progressive impacts of climate change.

In the follow-up of this article, some global implications of climate change and the need for maintaining the1.5oC target by the end of the century would be explored.  However, it is important to remember that for India as a society, the impacts of climate change would leave a large part of the population vulnerable. If global action is neglected, in which India has high stakes, then we cannot blame others as a nation, which many developed countries have been responsible for as a measure of neglect for much too long.

In particular, quite apart from the economic merits of large-scale renewable energy production, which the Government of India has now committed itself to, what is perhaps of even greater priority is to electrify those villages which are as yet un-electrified, and which may have major constraints in supply of grid based power. The Energy and Resources Institute (TERI) launched a major programme in 2008 called “Lighting a Billion Lives,” which focussed on the provision of lighting in the homes of these villages, using renewable energy, mainly through supply of PV based power. India had a great opportunity to not only complete this task within its own borders, but perhaps make the experience available to homes in Africa and other parts of the developing world.  There is, of course, a significant benefit in exploiting economies of scale both through an approach such as the programme on “Lighting a Billion Lives” as well as large-scale supply of grid-based power using renewables.

India can become a leader in mitigation of emissions of GHGs and set a path for growth with significantly low carbon emissions. India may thus develop its industrial strengths in a technology of the future, with significant commercial benefits and reach across other regions of the world. This, of course, would also have major implications for action at the global level for meeting the provisions of the Paris agreement and maintaining the limit of 1.5oC, which the next article would focus on.