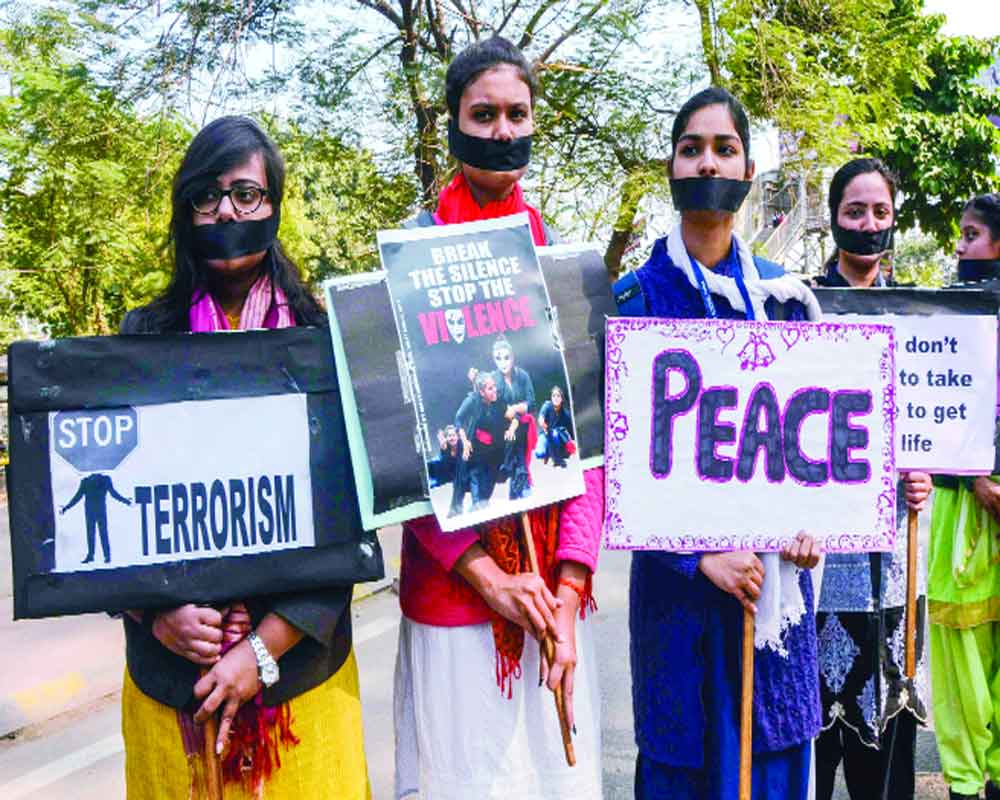 The Pulwama attack proved that Indian rulers have regrettably not understood the Pakistani psyche nor its power structure. New Delhi interprets Islamabad through its eyes

February 14, 2019, will be remembered as the saddest day in independent India. The killing and wounding of so many Central Reserve Police Force (CRPF) jawans was tragic enough but that wasn’t all. The casualties were of innocent men travelling to perform their duty. They would have ceased to be innocent once they donned their uniforms and slung their weapons on their shoulders. Well-led soldiers are seldom deceived. We hope we have at least woken up to the evil that the Pakistani rulers are.

Since October 1947, India and Jammu & Kashmir have suffered countless attacks — whether by soldiers, mujahidden or plain criminals. Thousands of lives have been sacrificed upon the altar of terrorism and several India-Pakistan wars have been fought. But Indian rulers have regrettably not understood the Pakistani psyche nor its power structure. An outstanding reason is that New Delhi interprets Islamabad through its eyes. Little wonder, we are deceived each time.

In Kargil, Pakistani soldiers entrenched themselves on hilltops during the winter; whereas we woke up to them only in spring. In 1971, the Yahya-Bhutto clique wanted to get rid of the majority eastern wing; whereas we seriously believed that Maj  Gen Niazi was sent to Dacca (now Dhaka) to defend and save what became Bangladesh.

In 1972, when the then Pakistan Prime Minister Zulfikar Ali Bhutto came to negotiate peace after the 1971 war, it was agreed that the Line of Control in Kashmir would become the permanent frontier between India and Pakistan. In exchange, 93,000 prisoners of war under Maj Gen  Niazi would be returned. But how could the poor Bhutto sign? After all, his country was in agony having just lost over half of Pakistan. In 1965, Pakistani tanks attacked Kutch to test Prime Minister Lal Bahadur Shastri’s will to fight — if found weak, to invade Jammu & Kashmir and Punjab. Our Army was, therefore, surprised when the subsequent assault came in Chamb Jaurian. In 1947-48, Srinagar initially saw the arrival of the armed brigands but they turned out to be intended conquerors of the State of Jammu & Kashmir. Fortunately, Sardar Patel understood Qaid-e-Azam’s designs.

The Islamabad clique is a hydra-headed regime. In front is the civilian Government, next the Army and next to that is the Inter-Services Intelligence.  Whenever these three have to restrain themselves — it may be due to the inclination of Pakistan’s benefactors, world opinion or human rights — the Taliban or other terrorists are made to step forward. This was the case in the Pulwama terror attack by the Jaish-e-Mohammad, which is a non-state agency and can be claimed to be “beyond the control of the state”. How can anyone trust four different agencies if one could not believe even a single person, namely Zulfikar Ali Bhutto, on the Line of Control in 1972? Pakistanis are born and habitual deceivers. Indira Gandhi and her Panj Pyare led by PN Haksar naively believed Bhutto.

Before coming to the inner play among the hydra-headed agencies, it should be educative to note India’s acts of non-commission as well. We have all heard the many cries and slogans of azadi, autonomy and Nizam-e-Mustafa. But has New Delhi ever bluntly asked those agitators and their allies: What about the enormous subsidy that Jammu & Kashmir enjoys?

Kashmiris pay very few taxes and, therefore, live off subsidies from the Centre. Three years ago, on a visit to Srinagar, this writer happened to ask a highly respected journalist: What do you, as a Kashmiri, ideally want? He replied ‘autonomy’, except for four or five subjects. When asked whether he would be prepared to run the autonomous state without subsidy, he hesitated for a few moments and then replied: “Frankly, while we have worked out our political roadmap, we have not yet drawn up our economic roadmap”!

Surely, New Delhi should have encouraged discussions and debates on this contradiction. These would help dampen nefarious elements and their intentions. At the same time, it is equally important for New Delhi to declare unequivocally three blunt truths. That India cannot, for love or money, let Kashmir secede from the country for three solid reasons. Two of the country’s major rivers have their source not far from Srinagar. Two others pass through the Valley before entering Punjab. And the Indus begins in Ladakh. If Kashmir gets autonomy, why would other Muslims resident in India not expect the same privilege?

Incidentally, Justice Gopal Das Khosla, ICS, who was one of the three judges who sentenced Nathu Ram Godse, wrote in his book, Stern Reckoning, that an exchange of population was an integral part of Partition; this was not implemented. MA Jinnah had declared that Hindus and Muslims are so different that they could not coexist in the same country. If that be not so, where was the need for Partition? But today, there are more Muslim residents in India than either in Pakistan or Bangladesh. Third, if the Valley is granted autonomy, any other of the 30 States in the country could ask for a similar privilege. Politicians, whether of the Huriyat or any other shade, would know these home truths but an average Kashmiri does not and is, therefore, vulnerable to being misled.

The Army in Pakistan enjoys near unquestioned charisma. There are four reasons that this writer is aware of; there may be more. One, is the series of discredited civilian Governments since the assassination of Nawabzada Liaquat Ali Khan in 1951. Two, is the mortal fear induced by the rulers that the common folk harbour an Indian threat. The third is the Punjabi apprehension that Pakistan may fall apart if the Army is not in the de facto saddle. Four, civilians have not seen their country’s Army being beaten soundly, except perhaps on the peripheries during the 1965 war. Kashmir was not in sight and Bangladesh (in 1971) was far away from the Pakistani mainland. The Inter-Services Intelligence is an integral part of the Army.

This inexorable factor will prevail unless and until the people of Punjab see their soldiers being defeated on the battlefield. This is the crux of the conflict with Pakistan, Kashmir being merely the akhada for its Army to wrestle with Indians. Players can be the Taliban or professional terrorists or paid and trained Indian Kashmiris. This is the merry convenience Islamabad will enjoy until New Delhi gets ready to takes serious action.

Without such action, it is unlikely that it would be possible to live in peace as good neighbours. In this context, the Ottoman Empire was a similar problem. It was economically sick since quite early in the 19th century as Pakistan now is. Yet, Turkey controlled large areas around itself and was capable of conducting a massive genocide five decades or more later in Armenia. The problem was solved only when the Ottomans were routed in the World War I and their empire taken down. The Sultan was soon exiled and the Caliphate was abolished.