Between aspiration and reality

Between aspiration and reality 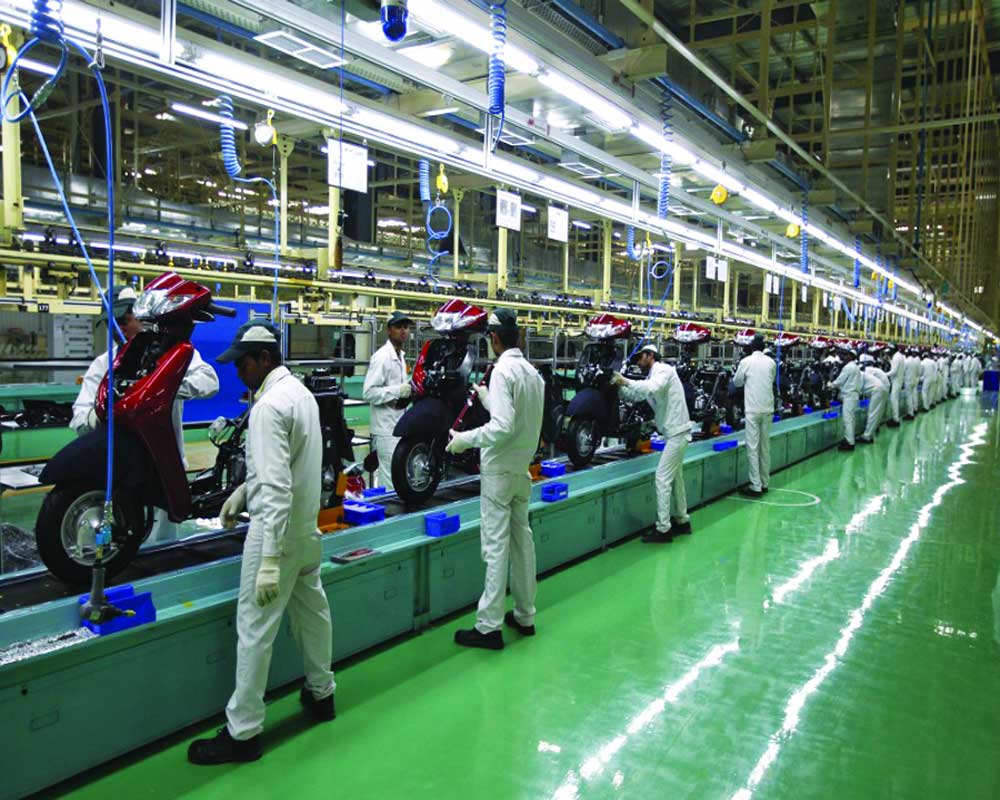 It’s time for the Government to review its LCR policy to leverage innovation opportunities instead of forcing the citizens to buy lower quality, locally produced and costly industrial products

One of the distinct features of Prime Minister Narendra Modi’s ambitious “Make in India” initiative, which seeks to transform India into a global manufacturing hub, is its focus on leveraging vast public sector demand to foster industrial production and innovation. In doing so, the Department of Industrial Production and Promotion (DIPP) issued the Public Procurement (Preference to Make in India) (PPPMII) Order in 2017 to accord preferential access to goods with higher indigenous content in Government contracts. Since then, as many as 14 Central Ministries and departments have enacted preferential purchase policies for goods with at least 50 per cent indigenous content.

The Government’s objective to leverage public procurement of “Make in India” is two-fold. First, it is known that the contribution of the manufacturing sector towards India’s Gross Domestic Product (GDP) is a primary reason for the current employment crisis and slow economic growth. During his first tenure, Prime Minister Modi had vowed to address this problem and reiterated his Government’s commitment to increase the share of the manufacturing sector from the existing 16 per cent to 25 per cent of GDP by 2022. In this context, India’s vast public sector demand can spur innovation and industrial growth. Government procurement constitutes around 30 per cent of the GDP and is likely to grow as the public sector is expected to deliver in areas such as health, energy, infrastructure, education and security among others. By leveraging this vast public sector market, in principle, “Make in India” aims to boost manufacturing and support employment generation.

Second, the Government’s interest in leveraging public procurement as an industrial policy tool is in keeping with the larger global trend, which emerged in the aftermath of the 2008 economic crisis. Post this crisis, several OECD countries identified public sector demand as a tool to  foster economic recovery. Ever since the onset of the crisis, over 100 new local content requirements have been introduced by both the developed and developing countries. Among the latecomer developing countries (LDCs), China has been at the forefront of using Government contracts to stimulate innovation and industrial production through a number of instruments like innovation accreditation system, preferential procurement schemes and technology/equipment commercialisation schemes among others. As a result of these policies, Chinese local enterprises have seen considerable competitiveness and increased their presence in global value chains.

In line with this trend, the Indian Government, too, has shown a keen interest in using public procurement as a tool to promote industrial growth and innovation. Some recent policies like the National Manufacturing Policy and the Science, Technology and Innovation Policy have outlined the need for specific instruments of procurement to support the domestic industry. The DIPP’s preference to the “Make in India” policy is instructive in this context as it stipulates local content requirements to qualify for preference in Government contracts. By stipulating minimum local content up to 50 per cent, the PPPMII encourages the Indian firms to source higher levels of inputs such as raw materials, intermediates and components from the local market.

While this may arguably increase industrial production, evidence shows that domestic content requirements do not necessarily promise the creation of a globally competitive and sustainable industrial base in the long-run. For instance, studies have shown that the sourcing local inputs, ie, the import-substituting raw materials, intermediates and components from the local market, can lead to increased cost and reduced quality of the end product. This is evident from the experience of many latecomer industrialising countries such as Argentina and Brazil, which pursued import substitution policies for a very long time. The prolonged import substitution through LCRs not only resulted in high-cost and low-quality of delivery but also forced the consumers in these countries to bear higher product prices than the goods available in international markets.

India’s own experience in using domestic content requirements in the 1970s and 80s suggests that imposition of domestic content requirements stunted innovation and creative technological effort in the Indian industry. The protracted use of such policies proved to be highly inefficient and stagnating for many PSEs, who were unable to compete when the economy  opened for private participation. Also, the resulting lack of technological effort ensured that these countries (including India) could neither build the domestic industrial capacity nor became export competitive.

For many such reasons, the World Trade Organisation (WTO) regime, including the Agreement on Trade-Related Investment Measures (TRIMs), explicitly prohibits the use of local content requirements. The WTO regime regards LCRs as trade-distorting and calls for replacing them with more open and competitive arrangements. On the use of LCRs, the WTO’s appellate body has already set two important precedents. In a dispute concerning solar PV projects in Canada’s Ontario province, the appellate body ruled that use of LCRs was inconsistent with the Ottawa’s obligations as a member of the WTO. In a similar ruling concerning India’s solar power purchase agreements, the WTO ruled in 2016 that domestic content rules are in conflict with the global trading rules.

Although India is not a signatory to Government procurement agreement under WTO, the aforesaid rulings mean that India’s LCR policies might be prone to litigations and may render it potentially vulnerable to WTO disputes. Keeping in mind such downsides, it is essential that we tread the path of LCRs carefully while using them as a tool of industrial policy. Existing research offers several useful insights in this regard.

The first step towards using LCRs as a policy tool entails identifying a specific sector where opportunities exist for the creation of new technological capabilities rather than simply re-inventing the wheel. Rather than imposing LCRs as a horizontal policy, focus should be on specific technologies for which enough domestic competition and capabilities are available. Specific sectors and technologies, where sufficient space is available for technological upgradation and boosting competitiveness, should be the prime focus of LCRs as opposed to diversified sectors. For example, in the solar industry, Indian firms specialising in downstream operations can benefit maximally as opposed to those in upstream operations.

Second, LCRs can be more effective when applied in conjunction with other supply-side tools such as R&D grants. The example of the Brazilian Oil & Gas Industry shows that LCRs alone cannot be effective when supply-chains lack requisite technological capabilities. Before exerting a demand-pull through LCRs, it is necessary to improve technological readiness of the industry through supply-side push.

Third, research suggests that LCRs must be limited in duration and must include a planned evaluation. Since they  can be effective only during the specific phase of the industry and thereafter, they should be phased-out once the protected industry attains competitiveness.

In its current form, the PPIMII  appears to be out of sync with the rich evidence documented in existing literature. For effective implementation, the DIPP must not lose sight of these valuable lessons learned from erstwhile import substitution policies. At present, the objectives enshrined in PPPMII are not only conflicting but also risk-creating, which can do a great disservice to the objectives of “Make in India”. The policy neither stipulates a specific timeline for imposing LCRs nor does it specify any appropriate monitoring and review mechanism.

Notwithstanding such pitfalls, the DIPP can effectively target LCRs through greater technological awareness, intelligent policy design as well as through effective monitoring and review mechanism. Only through such an approach, the vast demand potential of procurement can be exploited for developing a competitive and sustainable industrial base. It is, therefore, high time for the Government to review the LCR policy to leverage innovation opportunities instead of forcing citizens to buy lower quality locally produced industrial products at higher prices.