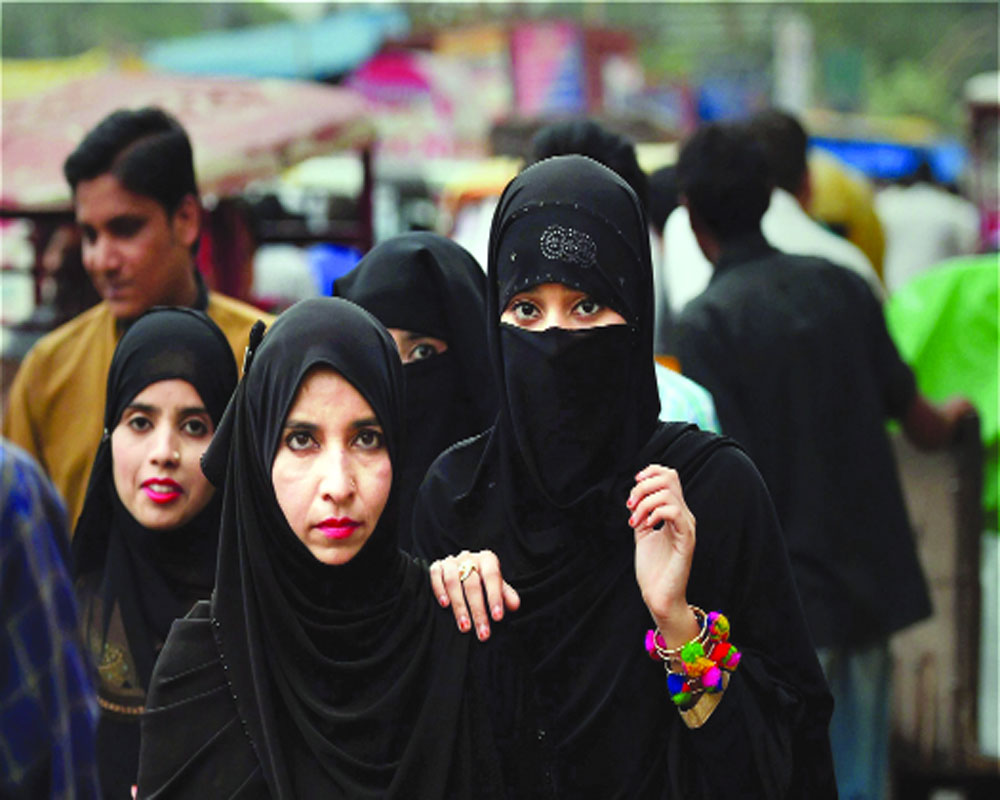 Unlike the Rajiv Gandhi Government, which failed to uphold the rights of Muslim women, the Modi regime is taking legislative measures to enforce the top court’s judgement on triple talaq

Even though the Lok Sabha passed the Muslim Women (Protection of Rights of Marriage), Bill, 2018, last week, the political slugfest over this festering problem is likely to continue with opposition parties threatening to gang up and stall legislation that seeks to address a critical issue of gender disparity among the Muslims — the right of Muslim men to divorce their wives on a whim, despite a clear verdict of the Supreme Court against such a practice.

When the Supreme Court delivered its judgement over a year ago in the Shayara Bano vs Union of India in August 2017, it set aside the practice of talaq-e-biddat  (three pronouncements of talaq at one and the same time) which was used by some Muslim men to divorce their wives. This practice had been challenged before the apex court on grounds that it was discriminatory and against the dignity of women.

While disposing of this case, the court, in its 3:2 judgement, made certain observations which are fundamental to this issue.

It said the law that governed Muslims in matters such as marriage, divorce, inheritance, maintenance, gifts, guardianship, intestate succession and so on was the Muslim Personal Law (Shariat) Application Act, 1937. The court relied on an important judgement delivered by it in 2002 which touched upon the matters at hand, namely Shamim Ara vs State of Uttar Pradesh. In that case, the court said “….the correct law of talaq, as ordained by the Holy Quran, is that talaq must be for a reasonable cause and be preceded by attempts at reconciliation between the husband and the wife by two arbiters — one of them from the wife’s family and the other from the husband’s; if the attempts fail, talaq may be effected”.

The apex court’s judgement in this case  gave a fillip to the Government’s desire to fill the gap in regard to parliamentary legislation in this area. A legislative measure of this kind also became imperative when the Government found that despite the Supreme Court’s judgement, cases of triple talaq were still being reported from various parts of the country. This compelled the Government to bring in an Ordinance and to later come up with a Bill to replace the Ordinance. Although the Lok Sabha has passed the Bill with huge support of MPs, parties opposed to the Bharatiya Janata Party (BJP) are unwilling to bite the bullet.

Sadly, parties, which nurture the Muslim vote-bank, have generally tended to block progressive laws vis-à-vis the Muslims. They believe that any initiative, that seeks to align the Muslim Personal Law to the grand Constitutional scheme, will be rejected by the Muslims and will cost the parties heavily at the hustings. Such has been the narrative since the days of Jawaharlal Nehru and there are any number of instances of political parties backing off, fearing a political backlash. The Congress has been at the forefront of this approach, leading to terrible imbalance in the enforcement of Constitutional and legal provisions across the land and across communities.

History will hold the Congress, which succumbed to the mullahs and used its brute majority in the two Houses of Parliament to annul a historic Supreme Court judgement, granting maintenance to divorced Muslim women in the famous Shah Bano case, as singularly responsible for selective deployment of Constitutional provisions and weakening of the overall Constitutional scheme, merely to gather the Muslim vote in an election.

The current legislative effort by the Narendra Modi Government to restore the Constitutional rights of Muslim women comes in the wake of some telling observations of the apex court in the Shayara Bano case.

Given the fact that triple talaq is instant and irrevocable, justices RF Nariman and UU Lalit said it is obvious that any attempt at reconciliation between the husband and wife by two arbiters from their families, which is essential to save the marital tie, cannot ever take place. Therefore, triple talaq was manifestly arbitrary in the sense that the marital tie can be broken capriciously and whimsically by a Muslim man without any attempt at reconciliation so as to save it. This form of talaq must, therefore, be held to be violative of the fundamental right contained under Article 14 of the Constitution of India. The judges also held Section 2 of the 1937 Act to be void. They said it must be struck down as being void to the extent that it recognises and enforces triple talaq.

This is where we get to see the distinct approach of the Rajiv Gandhi Government in the 1980s and the Narendra Modi Government now to significant judgements of the Supreme Court.

In the 1980s, when the apex court held that a divorced Muslim woman was entitled to maintenance from her husband, despite a massive majority of over 410 MPs in the Lok Sabha, the then Prime Minister Rajiv Gandhi lost the historic opportunity to stamp out pseudo-secularism, practised by his party since Nehru’s days and to usher in genuine secularism in the country. He succumbed to pressure from Muslim clerics and brought in a legislation to undo the apex court’s verdict.

This single decision of the Congress has wrought havoc on the secular, democratic traditions of the country, and electoral data shows that the party has never recovered from it. The Shah Bano case also compelled the people to turn towards the BJP, in the hope that this party would usher in genuine secularism as ordained by the Constitution. The difference between the two parties is now well established with the Modi Government, unlike the Rajiv Gandhi Government, taking legislative measures to enforce the Supreme Court’s judgement on triple talaq with strong parliamentary backing.

Whatever the fate of this Bill in the Rajya Sabha in the coming week, all political parties, especially the Congress, will be on test. The Congress, despite its recent successes in State Assembly elections, is still seen as a party which is reluctant to enforce the Constitutional scheme across communities. Many other parties, too, are toeing this line, hoping to get minority votes in 2019. And, in order to achieve this, they have no qualms in displaying contempt for the Supreme Court as well. This approach has contributed significantly to the rise of the BJP in national politics and a majority of the States. If it remains the sole opponent of pseudo-secularism, it will have the field entirely to itself.  Its opponents will emerge as champions of pseudo-secularism, which the people have begun to abhor.