Can we end the oil era?

Can we end the oil era? 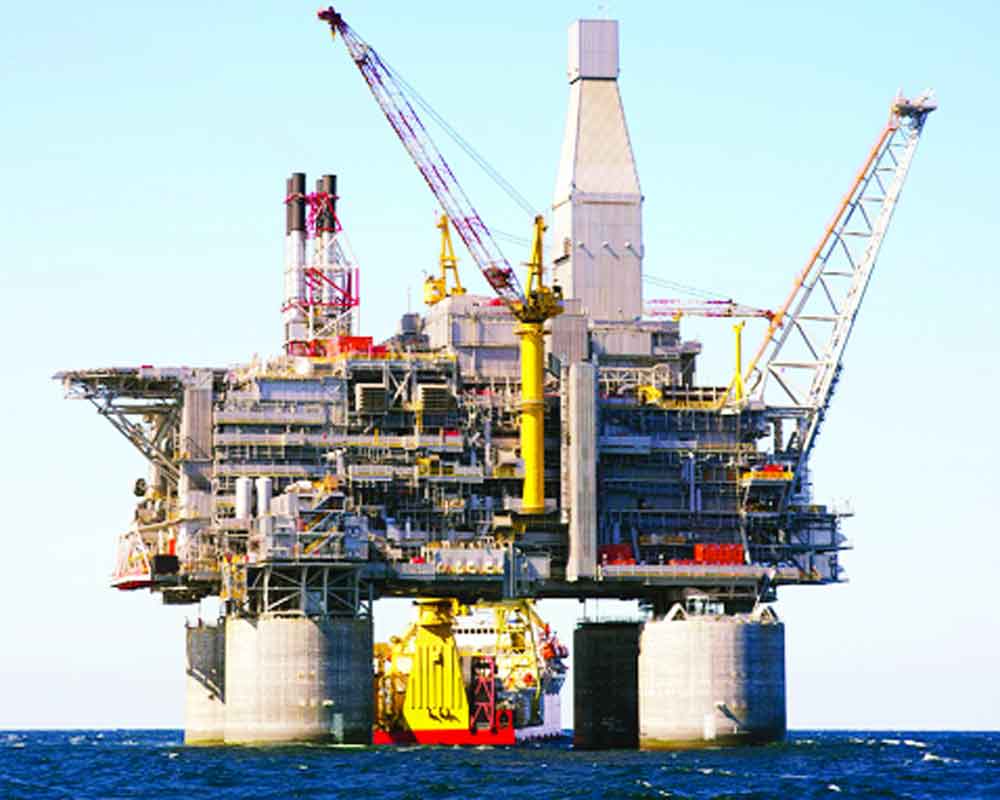 It is questionable whether we should, like ending the stone age, stop using fuel. Or should we continue with its exploitation for the comfort of a select few?

It was way back in October, 1973, that members of the Organisation of Arab Petroleum Exporting Countries (OAPEC) imposed an embargo on oil supplies to certain nations, which was in retaliation against the Yom Kippur War.  This caused enormous turmoil in the global oil market and the US, which was heavily dependent on oil imports, was particularly badly affected. Its production declined rapidly in earlier years, to compensate for which, imports grew substantially. In 1973, for instance, the US imported 6.2 million barrels per day of oil (mbd), compared to 3.2 mbd in 1970. While there was considerable panic among these major importers of oil, leading to a serious economic crisis, most of these countries were able to recover within a reasonable period of time. For instance, President Richard Nixon introduced the Corporate Average Fuel Economy (CAFE) standards for automobiles in the US, which in the short run increased their average fuel efficiency and with increase in petro-dollars, countries like Saudi Arabia imported large quantities of capital equipment and services from the US at inflated prices, thereby leading to a balance in trade.

What is now ironic is the fact that the US has emerged as the largest producer of oil in the world.  There are serious issues related to the production of shale oil but what has contributed to this phenomenal increase in the US’ oil production is the increase in shale, which during the middle of 2018, reached a total of 11 mbd, including both conventional and shale production. When Saudi Arabia was the largest producer of oil in the past, that country and, in general, the OPEC nations, had regularly dictated terms to the rest of the world in respect of oil prices. Ironically, it is now the US which has enhanced its influence. US President Donald Trump stated recently, “Oil prices are getting too high. OPEC, please relax and take it easy. World cannot take a price hike — fragile!” How much this warning will be heeded is another matter. Indeed, a country like India is very vulnerable to the impacts of high oil prices on its economy, and in recent months, the decline in the value of the Indian rupee is a direct reflection of global oil prices. There are, of course, major issues related to India’s hydrocarbon policies, which need detailed discussion and serious reflection, but we may first deal with alarming trends at the global level. Historically, there has never been a traded commodity which has influenced the global economy and its distribution as the case of oil.

What is particularly disturbing is the fact that the global demand for oil in October, 2018, was 101.1 mbd, which is substantially higher than projections made in the past. This figure clearly exceeds consumption of oil as fossil fuels committed by national Governments in their Nationally Determined Contributions (NDCs) under the Paris agreement.  Since the last century, there has been a huge increase in the consumption of fossil fuels and allied economic activities.  The result is, therefore, a significant increase in the emissions of greenhouse gases (GHGs) during 2018. Clearly, there are vested interests that would want to prolong the era of oil and maximise profits from existing reserves and new discoveries.

Curiously, it was a former Saudi oil Minister, Sheikh Yamani, who is reported to have said that “the stone age did not end because there were no stones”. Yet, in the case of oil, clearly, the oil age is not ending because there is still the lure of oil under the ground and with the oil industry, the automobile industry, the highway lobby and others benefitting perpetually from the consumption of oil.  They, thus, resist any move to lower carbon sources of energy with all the power and money that they have. India, unfortunately, is no exception to this trend because our transport policy, which is moving rapidly towards vehicular transportation, is totally dependent on oil imports, which jeopardise our economy and foreign exchange outflow. And our efforts to deal with climate change are, therefore, unlikely to succeed fully.

The knowledge about climate change has been around for a long time now, including one of the earliest efforts by Svante Arrhenius, a Swedish scientist who won the Nobel Prize in 1903, but the euphoria and romance with the internal combustion engine has completely ignored the warning of scientists over the years.

The Intergovernmental Panel on Climate Change (IPCC) was established in 1988. It not only gets the best scientists of the world mobilised to provide their time and talent on a voluntary basis, but their reports are approved and accepted by all the Governments of the world. Yet, the fossil fuel lobby in most countries continues to look the other way when it comes to assessing the risks and damage from the growing impacts of climate change. Efforts to convert those in power and involved in energy decisions have generally proved futile.

This writer was the president of the International Association for Energy Economics in 1988, when during the annual international conference of that body, a six-point programme of action was proposed to reduce the growing burden on the environment due to the use of fossil fuels like coal, thereby saving the world from excessive levels of carbon dioxide. It was also proposed in this conference that a global dialogue between north and south be held to reduce levels of carbon dioxide on an equitable basis. Indeed, such a dialogue commenced in 1992 with the acceptance of the UN Framework Convention on Climate Change (UNFCCC) by all the countries of the world.  Yet, it is unfortunate that after a quarter century of the existence of this convention, GHG emissions continue to grow. Technology, which should have been directed to the development of low carbon energy supply and possibly intensive development of carbon capture and storage technologies, has gone towards production of shale oil and fracking technologies for production of natural gas.  Some of these not only have serious environmental problems at the local level but contribute significantly to emissions of GHGs.  The question remains whether like the stone age ending, we need to end the era of oil even if there are reserves under the ground.  Or do we continue with economic disruption, inequitable distribution of income and wealth and dangerous levels of climate change for the comfort and prosperity of a few?