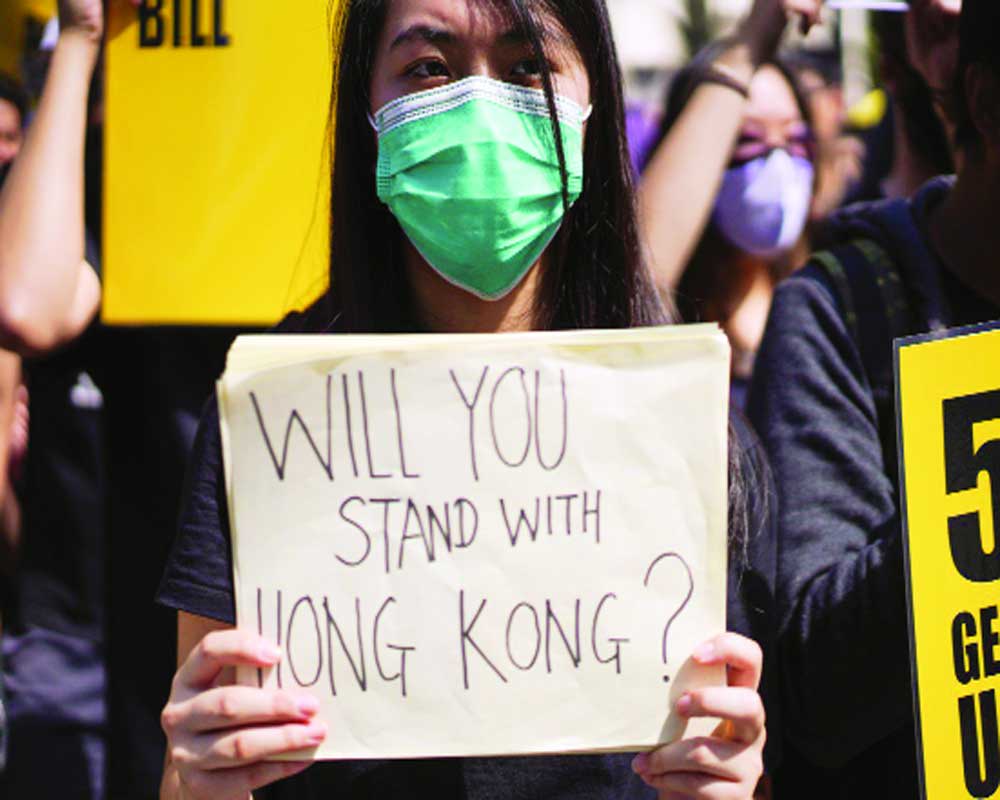 At a time of monolithic triumphalism of nationalist regimes across the world, the Hong Kong protests showed how civil movements might just still be able to turn the tide. Hong Kong’s Chief Executive Carrie Lam announced the withdrawal of the controversial extradition Bill, the impetus that had led the citizenry to stage Tiananmen Square-like pro-democracy protests since June. The Bill acted as a catalyst for three long months, paralysing the city and forcing millions of protesters, mostly the young, to make their way on to the streets, demanding its withdrawal. Hong Kong is bracing for more demonstrations this weekend, with protesters threatening to disrupt transport links to the airport. The primary reason is that Lam’s decision is still not formal, considering her announcement has no value till such time she formally declares it in the legislative council. The second and more important reason is that the extradition law, which would have put Hong Kong’s dissidents under China’s laws, has set a context for speaking out against the infringement of the island’s semi-autonomous character as guaranteed during the transfer by the British. And now that activists have tested the power of collective voice, the umbrella movement will not just remain an outburst but a struggle for democratisation of the local government. Needless to say that press freedoms have been compromised over the years on the island, elected legislators disqualified and demonstrators and dissidents thrown into prison. And now that a popular push has resulted in a global opinion that even a mighty China can ill afford to ignore, Hong Kong’s citizenry has decided that they won’t settle for anything less. They now want the power to directly elect their political representatives, including the Chief Executive. They also want an independent inquiry into police brutality. As for the latter, while Lam has assured an investigation into the protest crisis, there’s a clever twist. Instead of committing a new, independent inquiry, as has been demanded by the protesters, she has named two senior officials on the existing inquiry panel, members of which are appointed by her and answerable to Beijing.

In the entire episode, what has been commendable is the bravery of the demonstrators, most of whom have been peaceful. More than 1,000 protesters were arrested; they had to face tear gas, rubber bullets and some were even accused of being members of a triad criminal gang. China, in the times of social media justice, has little manoeuvering room as it cannot fall foul of international opinion, having had a controversial rights record, or dilute Hong Kong’s cosmopolitanism, something it could encash for PR. With its own economy grunting and heaving, it cannot afford to risk a dent in that of Hong Kong’s. Already, Fitch Ratings has lowered its ranking of Hong Kong, citing uncertainty about the stability of its business environment. The protesters, however, should temper their moves a bit and not assume that China will be forced into a retreat. In fact, the more violent the clashes, the easier it will be for China to argue for the use of brute force and ensure peace. Worse, it can blame the US for provoking dissenters to swing the trade tariffs and at least get nationalist opinion on its side.