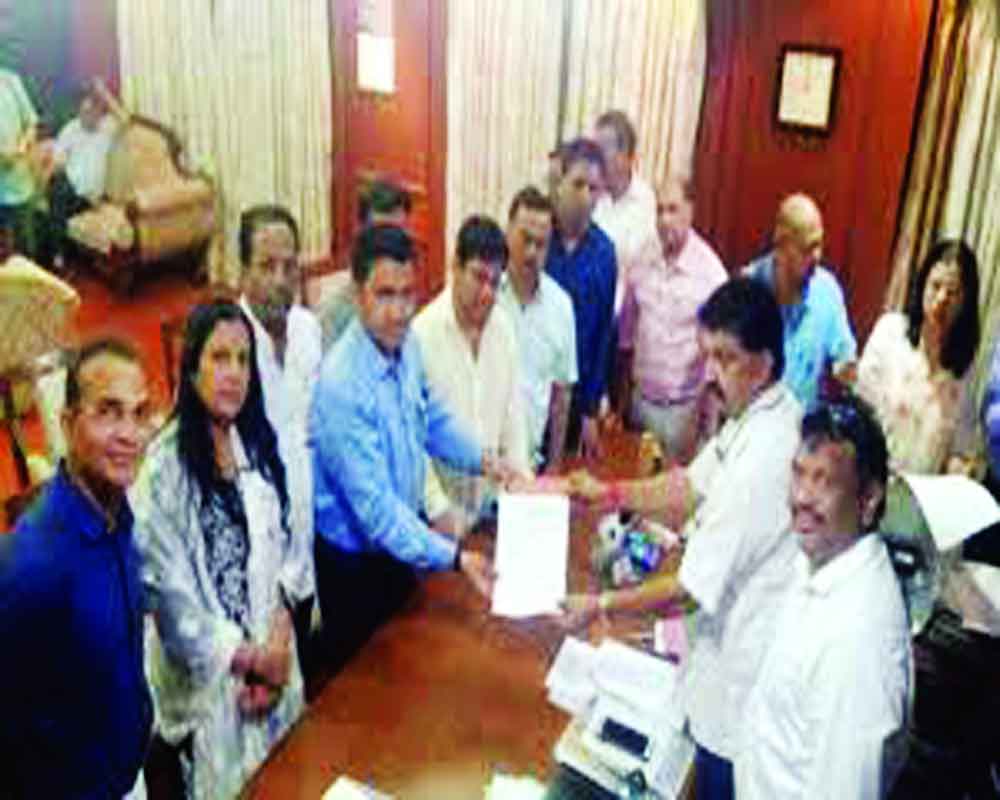 With both the old guard and young Turks yet to bridge differences, the party is fast losing the little it is left with

Congress leader Rahul Gandhi may go all the way to Amethi to atone for unkept promises, get all the love from his people who clearly didn’t trust him with their future and blame his local unit for not being effective legacy-keepers. But this self-diagnosis and introspection as a fellow worker, who is blending in rather belatedly, does not absolve him from his oversight as Congress president, one that has cost him not just the Lok Sabha verdict but the structural solidity of the party. And by stepping down without allowing in a transition time, he has plunged the party into rapid meltdown mode by creating a leadership vacuum. Worst, this self-serving blame-game between the old and the new guard and the throwing of gauntlet at each other is certainly not sending the right signals down the line. If Karnataka was not enough, it is now Goa where the party just blew into non-existence with ten legislators jumping ship and joining the BJP, more than two-thirds of the party strength in the House. Goa anyway has a BJP-led government and was not under any threat as such but clearly local Congressmen thought it wise to jump a rudderless ship and steer their individual destinies. It is quite clear in Karnataka now that former Congress Chief Minister Siddaramaiah, who was always unhappy about the forced alliance with the Janata Dal (Secular) but respected it since it came from the top, is no more willing to risk his political relevance as a grassroots leader and is ready to face elections independently. The State Congress has suffered by yielding prized Lok Sabha seats to the JD(S) and has had its performing ability questioned because of poor governance by JD(S) Chief Minister HD Kumaraswamy. He may make the right-sounding noises for MLAs to stay together but has clearly washed his hands off this crisis and is waiting for the Government to collapse. The only Congress problem-solver DK Shivakumar is the last man standing in this reconciliation effort, camping outside a Mumbai hotel in the rain, to convince rebel MLAs to get back into the fold. And though he doesn’t get along with Siddaramaiah, he never let it damage the PR. Interestingly, there were no senior leaders from either Karnataka or even Maharashtra to create a counter-pressure. Of course, Milind Deora, who himself quit as Maharashtra unit chief last week, showed up half-heartedly. Whether it was to raise the stock of Gandhi’s whitewash campaign, deny his dynastic moorings or to seek a national role in the party should the young Turks have their say, wasn’t clear. But the fact that the Congress lost all six seats in Mumbai in the elections under his watch most certainly doesn’t qualify him as a crisis manager either. And the spats with Sanjay Nirupam over the last few days only showed that Karnataka and Goa were additional chapters in the Congress slide, Madhya Pradesh could be a close next while factionalism between the Ashok Gehlot and Sachin Pilot camps is putting the Rajasthan government under tremendous strain, leave aside confusing party rank and file.

The Congress leadership, which is either calculatedly or helplessly, driving the party to the road to perdition, better value its political relevance over selfish interests. Because when the former is gone, even the latter won’t be of any consequence. The high command, with Sonia Gandhi as its focal point, is yet to display its fabled decisiveness even when veterans like Karan Singh have called on seniors to act responsibly and get the Congress Working Committee (CWC) going.  At least it could go about its task of organisational elections, considering the polls have been a total denouncement of a system dependent on nominations and entitlements. Punjab Chief Minister Amarinder Singh has also batted for a “young and dynamic leadership,” which he feels will assuage the anxieties of the young Turks. That desire, too, is problematic as it is driven by a centrist approach of capturing all organisational posts in the party without necessarily earning them by reviving State units. Those willing to do the latter also want to do it on a clean slate, disowning elders. The tossing of names as Gandhi’s successors has become an issue of settling scores rather than wresting control before the next round of Assembly elections. And if all this is part of an elaborate attempt to create an irretrievable mess where the Gandhis would look like supreme saviours, then there is no rescuing the party at all. Despite Rahul’s best-laid intentions.