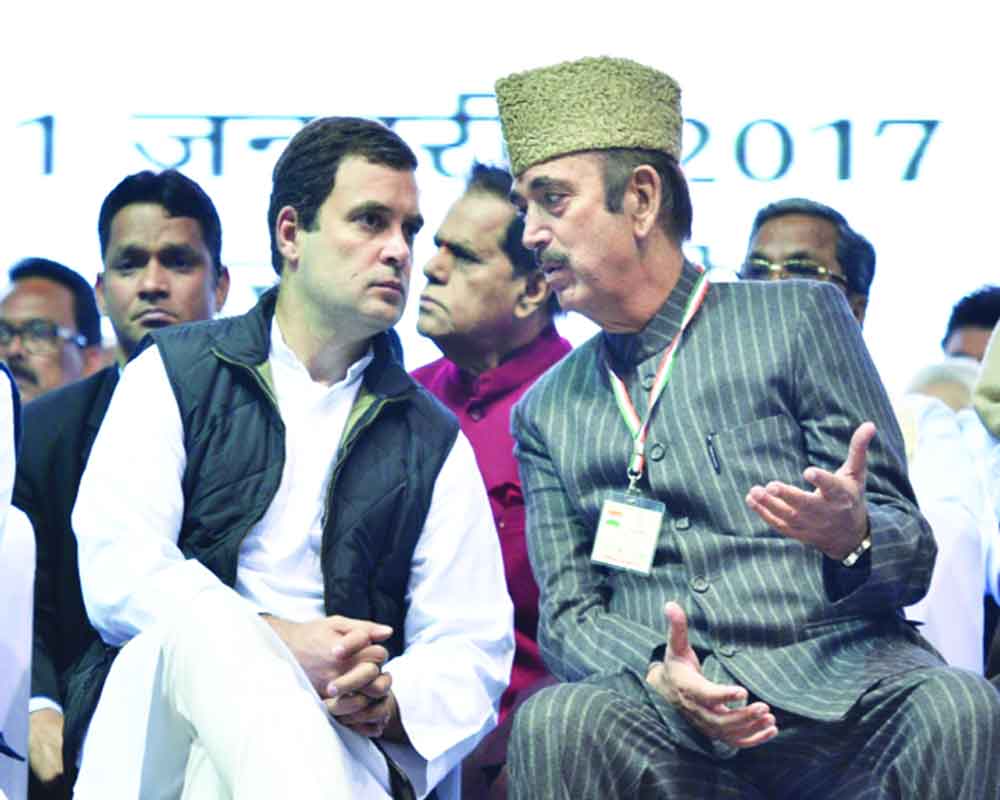 Young Turks are impatient and if the CWC president emerges from the old guard, they could take drastic steps

Today could be a transformative day for the Congress as it would not only choose a new party president but decide whether it would go down the road to perdition or revival, stifle itself with formulaic tradition or break out of boxes, part with the old and stake everything on the new, and simply put,  matter anymore in news headlines. Of course, murmurs are of the predictable kind, that the leadership vacuum created by the exit of Rahul Gandhi will be filled by a loyalist and a retainer of the old order, an endorsement that guarantees the centrality of the party’s first family without owning responsibility for the post. Even Gandhi’s good intentions, to force a rethink without dynasty and the baggage of history, will then come into question. It would seem like he, too, played along with the tested plot of foisting a lesser leader and seeking a distress vote to resume dynastic control. Clearly, that will be ruinous given the current context where the party is clearly split down the middle over key issues, the latest being the abrogation of Article 370 in Kashmir. The younger lot of leaders, some of whom are believed to be of Rahul Gandhi’s camp, like Jyotiraditya Scindia, Deepender Hooda and Milind Deora, are clearly looking for a changed axis in a Modi-fied and Naya India and want their voices heard as new Congressmen. So all of them publicly endorsed the revocation of Article 370 contrary to the stance of senior Congress leader Ghulam Nabi Azad in the Rajya Sabha. The less said about the forked tongue approach in the Lok Sabha the better with CLP leader Adhir Ranjan Chowdhury going to the other extreme of classifying Kashmir as not an “internal” matter. This forced the old guard to pass a united resolution emphasising the whole of Kashmir as an integral part of India and just criticising the NDA government’s lack of a democratic and consultative political process behind the reorganisation of Jammu and Kashmir. Hooda and Deora are facing Assembly elections in their States and do not want to go against the national sentiment while seeking votes.  Younger leaders like Sachin Pilot are also living down their dynastic entitlement and working towards creating their personal legacies with practical logic. With all of them now 40ish and middling, they want to take a last shot at credibility than perish away into extinction. This young lot is also not averse to organisational elections to build inner-party democracy first before espousing it in Parliament or blaming other parties for running roughshod over it. Elections, they feel, would infuse new energy and get new faces in on the basis of political acumen and deliverables. Particularly Jyotiraditya Scindia, the co-general secretary of Uttar Pradesh with Priyanka Gandhi and believed to be an inner circle member, has put pressure on the party by publicising his support for the Government move on Kashmir and sparking speculation whether the disenchanted Congress brigade had parked themselves in the shopping cart.

Of course, senior leaders are still prevailing on Congress matriarch Sonia Gandhi, warding off elections for fear of being sidelined. After all, their undisputed runs in the party have meant that they have carved their own fiefdoms too and legitimised their continuity by virtue of maintaining these turfs and votebanks. Truth be told, most senior leaders in the CWC have not fought elections in a long, long time and are out of depth with ground reality. For example, one of the names for CWC president, Mukul Wasnik, last won an election in 2009. Were they to contest now, they would lose their deposits. So they don’t want to let go of their status quo in the Congress, hoping their posts would still lengthen their political careers. What the Gandhis need to understand is that egoistic dramas have run their course and it is time to either hand over charge fully or rescue it upfront. The Congress leadership, which is either calculatedly or helplessly driving the party to disaster, better value its political relevance over selfish interests. Because when the former is gone, even the latter won’t be of any consequence. If all this is part of an elaborate attempt to create an irretrievable mess where the Gandhis would look like supreme saviours, then one could also look at a consensus candidate who is accepted in their presence. And that would be an anti-climax.