Cure the illness from within

Cure the illness from within 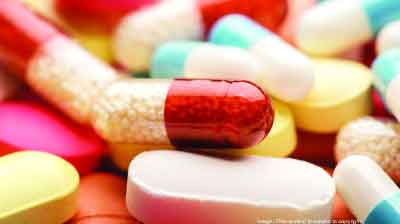 Access to low-cost generics at the cost of sidelining the protocols mandated by the WHO and compromising on drug quality will lead us nowhere. There’s a need to enforce stringent quality regulations. Will the pharma sector amend itself, asks Tanu Priya

In recent times, India has earned the distinction of being the “pharmacy of the world” for championing the cause of supplying affordable drugs to many countries. The pace at which the “pharmacy of the world” is growing, there’s no denying that India is utilising its full potential. That the domestic market grew by Rs 1.1 trillion in 2016-2017 and that India accounts for 20 per cent of the global export volume speaks volumes about our place in the global market. The Indian pharmaceutical market (IPM) is expected to grow at 9-12 per cent CAGR between 2016 and 2021. Owing to an increase in Government spending in the healthcare sector and with the launch of schemes like Ayushman Bharat, the domestic market is expected to witness further expansion in the near future.

However, this is just one side of the story. On the other side, standard procedures, as mandated by the World Health Organisation (WHO) and also required by Western drug-regulating authorities like the Food and Drug Administration (FDA), to approve a batch of drug upon its import, are often sidelined.

The demand for 62,000 pharmaceutical products requires adequate and industry-specific drug testing laboratories to be put in place. However, at present, only around 47 test facilities are listed and which have been certified under the National GLP programme, of which six central laboratories sample around 8,000 drugs per annum. This has resulted in insufficient output. The industry has been unable to satiate mass demand.

One significant yet unintended spill-over of low output, low-quality pharmaceuticals is the rise to another beast-drug-resistant disease. When a strain of tuberculosis, for instance, is exposed to substandard levels of medicine that isn’t strong enough to contain it, the strain evolves into resisting further antibiotic action. Therefore, with the existing multiplying problems that the pharmaceutical industry faces, it is certain that drug resistance would further plague India’s health profile.

The case of Jan Aushadhi: Another push by the Government, the Jan Aushadhi multi-purpose stalls were launched in 2015 under the Pradhan Mantri Bhartiya Jan Aushadhi Pariyojana Kendra scheme, which catapulted the growth of “generics-only.” The programme aims at making quality medicines available at affordable prices for all, particularly the poor and disadvantaged, through exclusive outlets so as to reduce out-of-pocket expenses in healthcare.

But a move such as this, promising to bring healthcare within the reach of the common man, has been marred by its own set of complications. Five medicines have been recalled from Jan Aushadhi stores in the last 20 days alone due to quality lapses. There were six other recalls between January and March, taking the total to 11 in just the first four months of 2018 while there were 11 recalls in all of 2017.

Such frequent drug recalls are unusual in India where a single recall can land a company in serious trouble, including legal action, an export ban and financial losses. Drugs are typically recalled if the product is defective, contaminated, contains a foreign object, fails to meet specifications or is misbranded. There are also other issues of quality, partiality in procurement modalities and irrational combinations that affect the timely availability/supply of the right kind of drugs.

By opening Jan Aushadhi centres without supply and quality assurances and without substantially increasing the health budget, any mass movement to achieve universal health coverage is bound to fail. Can we afford to be careless on the quality aspect of drugs just to introduce cheaper variants of a drug? It is this question that is looming large in the Indian pharmaceutical market today.

Leaving a patient confused is not a sign of a healthy pharmaceutical ecosystem: Adding to the woes is the lack of awareness among patients as they struggle between the efficacy of branded and non-branded generics. The latest blow by the Government was to make it mandatory for doctors to prescribe generic salt, giving leeway to the chemist nexus to grow to further incompetence and lowering quality standards. All efforts meant to achieve universal health coverage somehow missed the basic but crucial factor ie, quality. The gamut of “generics only” is finding an anchor in the subcontinent but is disturbing to the state of millions, who expect quality over just price.

The systemic sidelining of brands entering the domestic space by pushing hard for cheaper alternatives cannot be seen in a socio-welfare spirit. Irrespective of export or domestic distribution, a drug must be manufactured under the safety protocols enlisted by the WHO. It’s not fair to suddenly stop a patient from consuming a drug that has fostered trust based on results. We are nowhere near to relying solely on “generics” since they do not meet safety standards of their exported versions.

(The writer is Project Officer, Capacity Building and M&E, UNDP)