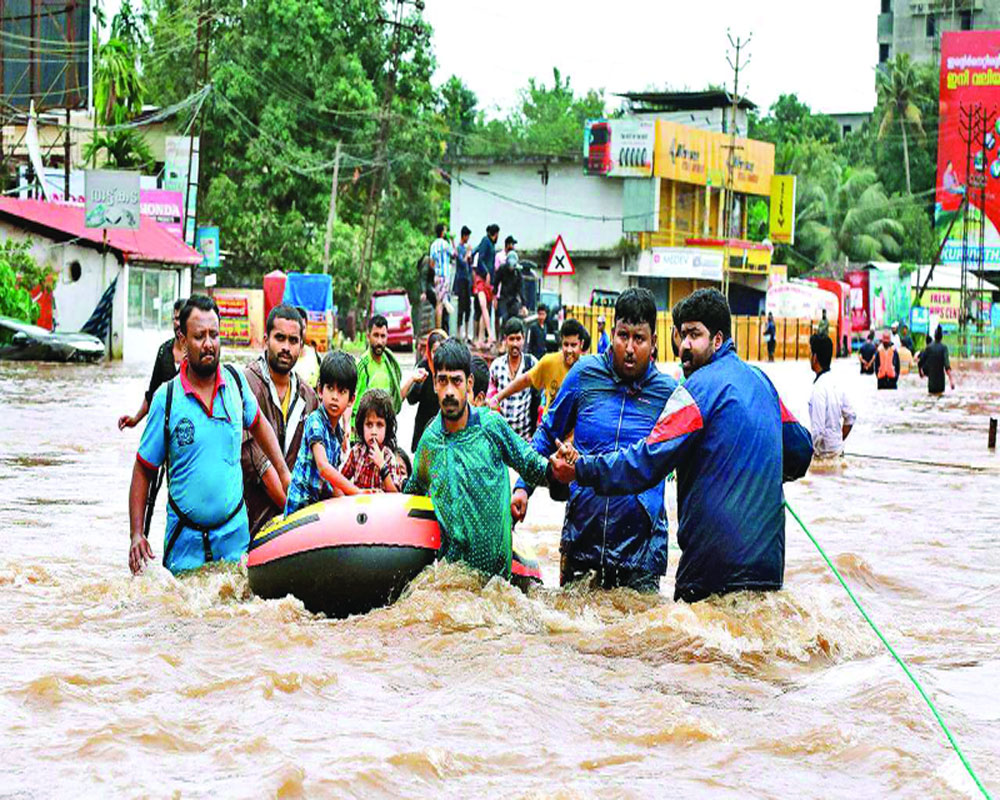 Human dislocation due to climate change is now a reality. The world must gear up to face one of the greatest challenges confronting it

A question that did not receive adequate attention on June 5, the World Environment Day, is about people described in the media as “climate refugees.” The United Nations High Commissioner for Refugees (UNHCR), doubtless, feels that the term’s use can create confusion as it is not recognised in international law. According to Climate change and disaster displacement, which is on its website, a refugee under international law is a person who has crossed an international border “owing to well-founded fear of being persecuted for reasons of race, religion, nationality, membership of a particular social group or political opinion” (1951 Convention relating to the Status of Refugees). In certain cases, its definition may include people fleeing “events seriously disturbing public order.” (1969 OAU Convention; 1984 Cartagena Declaration). The criteria for defining refugees, therefore, may not apply to victims of climate change which — as well as their consequent displacements — occurs within their countries.” It feels it is more accurate to refer to them as “persons displaced in the context of disasters and climate change.”

This definitional issue apart, the UNHCR recognises the extremely serious implications of climate change, particularly in respect of people displaced by it. The Global Compact on Refugees, overwhelmingly adopted by the UN General Assembly in December, 2018, categorically stated, “Climate, environmental degradation and natural disasters increasingly interact with the drivers of refugee movements.” This is hardly surprising given the numbers involved. According to the report, Migration and Climate Change, prepared by Oli Brown for the Switzerland-based International Organisation for Migration, it was widely reported in the mid-1990s that up to 25 million people had been forced to flee their homes and lands due to serious environmental pressures, including pollution, land degradation, droughts and natural disasters. Since then, various analysts have mentioned various numbers — the most widely repeated being 200 million by 2050. That the last figure is credible becomes clear from the Internal Displacement Monitoring Centre’s statement that there were 18.8 million disaster-related displacements in 2017.

Obviously, human displacements of such magnitude would pose massive problems. The displaced have to be housed, provided with livelihoods and rehabilitated. Peace has to be maintained between them and the local people who would be inclined to view them as unwelcome outsiders competing with them for resources at a time of globally widespread economic distress, declining living standards and shrinking living space which, in turn, would be consequences of climate change.

The corporate world is worried. A report by Brad Plumer in The New York Times of June 4, cites a new analysis of corporate disclosures by CDP (formerly the Carbon Disclosures Project), a United Kingdom-based non-profit organisation that works globally with companies to publicly disclose the risks and opportunities that climate change could create for their businesses. According to the report, many of the world’s biggest corporations from Silicon Valley technological outfits to large European banks, are bracing to deal with the impact of climate change on their finances and operations in the next five years. According to CDP, extreme weather conditions could disrupt supply chains; stricter climate-related regulations could hurt the values of coal, oil and gas investments. According to Plumer, the world’s largest companies have estimated that at least $250 billion of assets, including buildings in high-risk flood zones and power plants, would have to be shut down in response to stricter pollution rules or may have to be written off or retired early as global warming proceeds. According to him, early estimates indicate that trillions of dollars may be at stake.

Reduction in the profits and financial viability of corporations will affect the lives of their employees and share-holders as well as consumers of their products and services. The impact will be world-wide since international economy is now increasingly linked and private enterprise-based. The impact of all this, most severe in itself, will be compounded by a fall in agricultural production as a result of global warming. Living standards will decline.

What climate change portends for India is an example. According to a World Bank report last year, titled, South Asia’s Hotspots: The Impact of Temperature and Precipitation Changes on living Standards, unchecked climate change causing higher temperatures and poor monsoon rainfall would diminish the living standards of half of India’s population, particularly farmers in central India.

The report notes that by 2050, Chhattisgarh and Madhya Pradesh will be the top two climate hotspot States in the country, which are likely to experience a decline of more than nine per cent in their living standards, followed by Rajasthan, Uttar Pradesh and Maharashtra. Further, it states that nearly half of South Asia’s population, including India’s, now lives in vulnerable areas that will suffer from declining living standards attributable to falling agricultural yields, lower labour productivity or related health impacts. Actually, things are worse. A study in the journal Environmental Research Letters has it that heatwave conditions lasting up to eight months may become the norm for the Gangetic plains by the 2070s if the emission of greenhouse gases is not reduced to limit the global temperature increase to two degrees. According to a paper by Massachusetts Institute of Technology published in the journal Science Advances, vast areas in India, Pakistan and Bangladesh would become too hot for human survival by 2100.

The result will be mass exodus from these areas, which will be a part of a massive worldwide migration from all such places, perhaps eventually involving the stated 200 million people. Coping with the phenomenon will not be easy. Given its global scale, initiatives by individual countries will have to be synchronised with planning, action and assistance at the international level under the aegis of the UNHCR, which has prolonged and extensive experience in receiving, evaluating, documenting, sheltering and eventually rehabilitating/resettling refugees.

The UNHCR has already geared itself up to address displacement-related issues. It has been actively assisting the Task Force on Displacement established by the UN to assist countries to cope with displacements linked to climate change. It has also contributed to the drawing up of the recommendations for integrated approaches to avert, minimise and address displacement related to the adverse effects of climate change. These are just two examples. The UNHCR, however, requires greatly increased resources and vastly expanded administrative infrastructure to deliver on what is going to be perhaps the greatest challenges ever facing humanity. All countries should try to ensure that it has both.

(The author is Consulting Editor, The Pioneer)