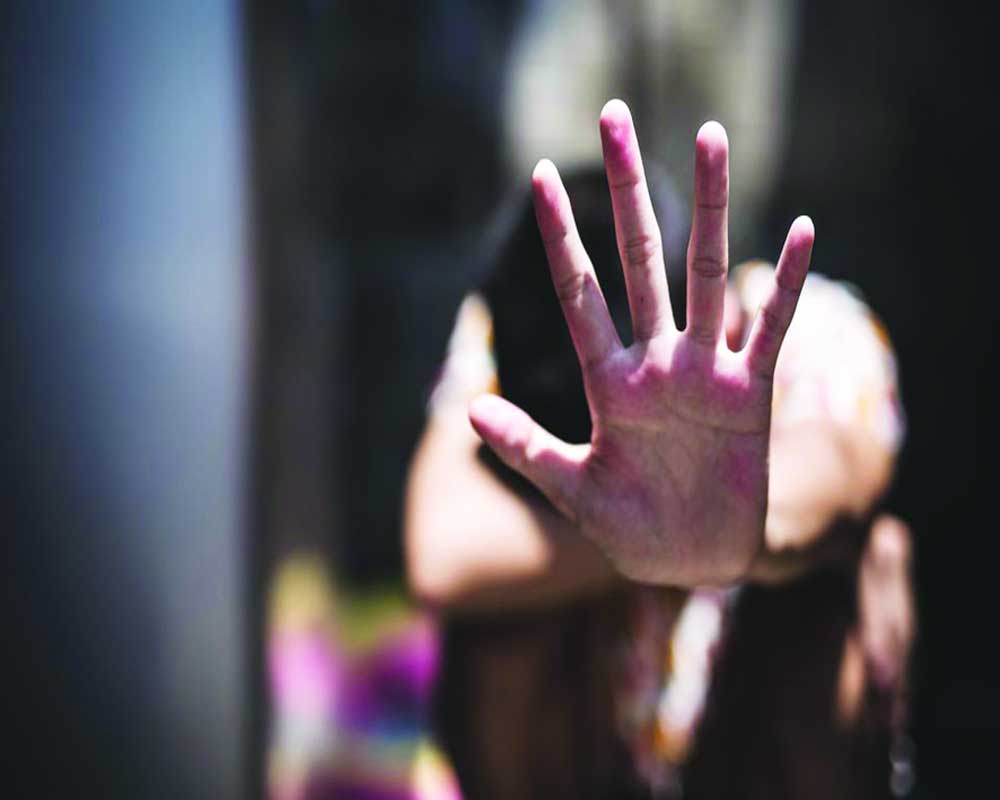 Seema was just 14 when she left her home in West Bengal in the hope of a better life. But all her dreams of becoming economically independent and pulling her family out of poverty were shattered when she found herself in a brothel in Mumbai. Luckily for the teenager, she was rescued two years after being trafficked. But even after Seema returned home, her ordeal didn’t end. Stigma and the fear of local traffickers, who threatened her with sexual violence if she dared identify them to the police, impacted her deeply and she never resumed her studies.

Among all States of India, West Bengal has the dubious distinction of topping the list in child trafficking as 34 per cent of all victims are from here. According to recent National Crime Records Bureau (NCRB) numbers, of these, 86 per cent were girls who were trafficked for commercial sexual exploitation. In fact, the National Family Health Survey (NFHS-4) found that every third woman, since the age of 15, has faced gender-based violence of some form in the country.

Studies show that women and girls, who survive rape and other sexual violence, face significant barriers to obtaining justice and critical support services. Besides stigma, one of the biggest obstacles is lack of information and awareness. A recent report on sex trafficking in West Bengal found that about 59 per cent adolescents did not know how to protect themselves from trafficking, and 72 per cent did not know about services that could help them. Even when they do seek justice and other medical services, they often suffer humiliation at police stations and hospitals, especially if they belong to socially and economically marginalised communities.

What can the media do in such a scenario? Does it have a role to play? Can it use its influence to shift the discourse on violence against women, human rights and empowerment?  Can it help survivors like Seema? How can the media be leveraged to change perceptions and end gender-based violence?

These are some of the questions that came up at the International Conference on Population and Development (ICPD+25) Summit held in Nairobi recently. Hosted by Centre for Women’s Global Leadership under its Journalism Initiative on Gender-Based Violence (JiG), in partnership with the United Nations Population Fund (UNFPA) Regional Syria Response Hub and the Dart Centre for Journalism and Trauma, the session focussed on the importance of the media in either shifting or perpetuating attitudes toward  gender-based violence in the context of the ICPD.

“Violence against women is a human rights violation. Violence is about silencing us and the media is about breaking the silence. The media has a critical role to see that this silence is broken and women’s voices are amplified,” said Ing Kantha Phavi, Minister of Women’s Affairs of Cambodia.

Phavi pointed out that the Government of  Cambodia was committed to the ICPD+25 goal of zero sexual and gender-based violence by ensuring prevention and care services for all women and girls. However, the persistence of social stereotyping and social attitudes towards women prevented them from seeking help and services. This is where the media can help as it continues to play a crucial role globally in key conversations. The way gender-based violence (GBV) is covered and reported in the news media can influence the way our communities perceive the issue,” she said.

Lagipoiva Cherelle Jackson, an award-winning journalist from Samoa, agreed. “The media is a powerful tool in fighting GBV because they not only report on society but help shape public opinion and perceptions,” she contended. The Chief Editor of JiG, Jackson said that the language used by the media was critical and it had to be careful not to normalise sexual harassment, objectify women or blame survivors.

Studies have shown that gender inequalities tend to get reinforced by media content that contributes to the normalisation of sexual assault and other forms of sexual violence. There is a tendency to reproduce stereotypes that associate violence by men as a symbol of their masculinity and power. Many news reports of violence against women tend to represent women as victims and as responsible for the violence.

Unfortunately, this is what has happened in Syria, according to Jafar Irshaidat, communications specialist, UNFPA, Syria. “We found that the media could play a harmful role in generating stereotyping and perpetuating certain myths about GBV. Their news reports also harmed survivors directly by disclosing their identities and shifting the blame away from the perpetrators. So we are working with the media on how they can change the narrative,” he said. This is where women journalists are making the difference.  In India, one of the important examples of how the media used its influence to impact positive change was seen by the reportage, by women journalists in particular, around the Delhi gang-rape in December 2012. This led to public mobilisation and the enactment of the Criminal Law (Amendment) Act 2013. This mandated the compulsory filing of First Information Reports (FIRs) in police stations, something that was neglected earlier. It also criminalised various kinds of attacks on women, including stalking, acid attacks and stripping.

“Women journalists have made significant contribution to changing the narrative and defending human rights through their reporting on gender-based violence,” stated Krishanti Dharmaraj, Executive Director, Centre for Women in Global Leadership (CWGL).  The CWGL, a global women’s rights organisation based out of Rutgers University is the founder and coordinator of the ‘16 Days of Activism Against Gender-Based Violence’, an international campaign used by activists around the world to eliminate of all forms of GBV.

“Women journalists who cover stories about gender-based violence are human rights defenders in their own right. They often face challenges, including misogynistic attacks online and offline, as a result of their work.

“They also face the challenge of dealing with their own trauma as they help another girl or woman secure justice,” says Sarah Macharia, Global Media Monitoring Project (GMMP). The GMMP is the largest and longest-running research and advocacy initiative on gender equality in the world’s news media.

Implemented collaboratively with grassroots and national-level women’s rights groups, other civil society organisations, associations and unions of media professionals, university students and researchers around the world, the GMMP aims to advance gender equality in and through the media by gathering evidence on disparities in portrayal, representation and voice of women compared to men.

The latest GMMP study showed a decline in stories that focussed on gender violence, including issues such as rape, sexual assault, family violence, female genital mutilation and trafficking. At the same time, there were progressively higher proportions of women as sources in GBV stories.

“In 2005, women were 38 per cent of the people seen, heard or spoken about in the stories, compared to 46 per cent in 2015, a rise of almost 10 points in 10 years. At least three quarters of those who experience gender-based violence are women and yet, they constitute less than one half of people interviewed or are the subject of these stories,” said Sarah Macharia, GMMP coordinator.

Last year, a survey conducted by the International Women’s Foundation and Troll Busters found women journalists, who experienced online abuse, reported short-term and long-term emotional and psychological effects. About 40 per cent had avoided reporting certain stories as a result of these incidents.

In India, the #MeToo movement has been a catalyst to tackle GBV violence in the media with many women journalists coming out to share their stories of sexual assault and harassment. However, hardly any media organisation has provided physical security, legal advice and psychological support to women journalists affected by sexual violence and sexual harassment.