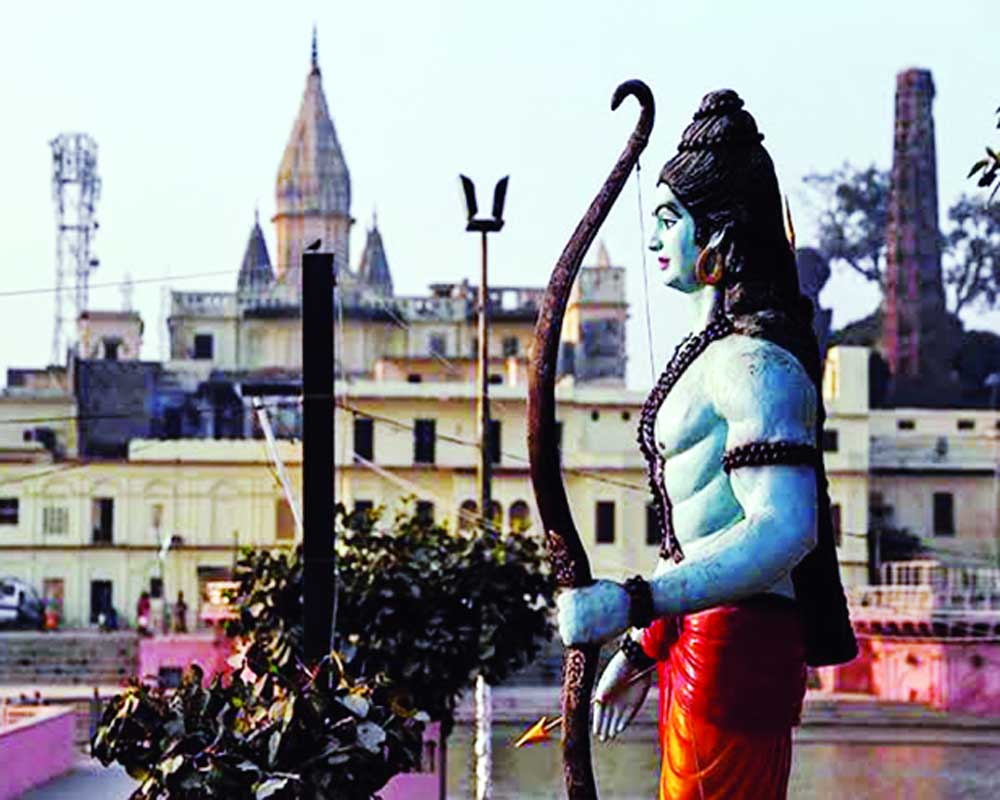 It’s unfortunate that while key players in the Ayodhya case are keen for closure, Asaduddin Owaisi has struck a discordant note by saying that Muslims don’t need charity

The unanimous verdict of the Supreme Court in the Ram Janmabhoomi case, which has brought conclusion to a vexed issue that has disturbed communal harmony for early five centuries, as also the responsibility and Constitutional correctness displayed by Hindu and Muslim leaders in the aftermath of the judgment, will certainly make November 2019 a memorable month in the history of democratic India. That all of this is happening at a time when the nation gears itself up to celebrate the 70th anniversary of its Constitution this month, is indeed a happy coincidence and augurs well for our democracy.

The judgment has been well-received across the country in a spirit of harmony and universal brotherhood. In fact, while both sides were apprehensive before the verdict was delivered, they committed themselves to accepting the order, whatever the outcome. Prime Minister Narendra Modi appealed to the people to accept the apex court’s verdict, irrespective of which way it went. Union Home Minister Amit Shah sent out a similar appeal and supervised the extensive preparatory work to ensure peace after the verdict. A day after the judgment, National Security Advisor Ajit Doval invited the top leaders of both communities for a discussion at his residence and secured their unflinching commitment to the maintenance of peace and communal harmony. All of them swore by the Constitution and said that the November 9 verdict of the apex court must lay the foundations for a new India built on harmony and universal brotherhood.

Though the one billion-strong Hindu community finally got the plot of land, which it so deeply reveres as the birthplace of Lord Ram, it conducted itself with utmost sensibility and level-headedness. Similarly, although the Muslims lost their case, they remained committed to the pre-judgment resolve that they would accept the outcome, whichever way it went.

There can be no doubt that this was the result of a close coordination between the Union Government and the leaders of the two communities in the weeks before the order. Can there be a better example of good governance in the most diverse nation in the world? In fact, India’s response to the Ayodhya verdict should be a lesson in democracy for nations around the world.

The post-verdict scenario has left the doom-sayers — especially the international media and some of their cousins in our country — totally flummoxed.

The general acceptance of the verdict had a lot to do with the way the Constitution Bench of the Supreme Court examined the issues before it and its reasoning vis-a-vis its verdict. For example, while the Hindus have been asserting that it is a matter of faith, the court made it clear that this was a dispute over immovable property and that it does not decide title on the basis of faith or belief but on the basis of evidence. It said in deciding title to a disputed property, it applies principles of evidence.

After weighing the evidence, it held that “on the balance of probabilities, there is clear evidence to indicate that the worship by the Hindus in the outer courtyard continued unimpeded inspite of the setting up of a grill-brick wall in 1857. Their possession of the outer courtyard stands established together with the incidents attaching to their control over it.” Further, the court held that in the inner courtyard, “there is evidence on the preponderance of probabilities to establish worship by the Hindus prior to the annexation of Oudh by the British in 1857.”

These two conclusions of the court, coupled with the fact that the Muslims offered “no evidence” to indicate that they were in exclusive possession of the inner structure prior to 1857 since the date of the construction of the mosque in the 16th century, weighed heavily in determining the outcome of this litigation.

Significantly, it observed that the allotment of the land to the Muslims was necessary because “though on a balance of probabilities, the evidence of the possessory claim of the Hindus to the composite whole of the disputed property stands on a better footing than the evidence adduced by the Muslims”, the fact remained that the Muslims were dispossessed following desecration of the mosque in December 1949, and later because it was destroyed on December 6, 1992. In other words, the court noted that there was no abandonment of the mosque by the Muslims.

In view of these facts, the court said it would exercise its powers under Article 142 of the Constitution to ensure that a wrong committed is remedied. It said, “Justice would not prevail if the court were to overlook the entitlement of the Muslims who have been deprived of the structure of the mosque through means which should not have been employed in a secular nation committed to the rule of law. The Constitution postulates the equality of all faiths. Tolerance and mutual co-existence nourish the secular commitment of our nation and its people.”

Therefore, in order to provide restitution to the Muslim community, the court used its powers under Article 142 and directed that they be granted five acres of land within the city of Ayodhya. This Article empowers the court to pass a decree or order “for doing complete justice” in any cause or matter pending before it. It can provide relief where there is “palpable injustice.” In fact, the court has held in the past that it is advisable to leave the power undefined so that it has the elasticity to mould the relief.

This is a power that is used sparingly and is indicative of the court’s desire to go the extra mile to ensure balance. While several key players in this litigation are keen to apply the closure, the All India Muslim Personal Law Board (AIMPLB) has decided to file a review petition. This is a legitimate move because the court’s procedure provides for it.

However, it is unfortunate to hear Asaduddin Owaisi, AIMIM chief and MP from Hyderabad say that the Muslims do not want this “charity” of five acres of land. Fortunately, such discordant notes in the post-judgment phase are far and few. That is why the symphony of democracy and constitutionalism across the country has completely drowned the attempts at cacophony by a few disruptors.

(The writer is an author  specialising in democracy studies. Views expressed are personal.)