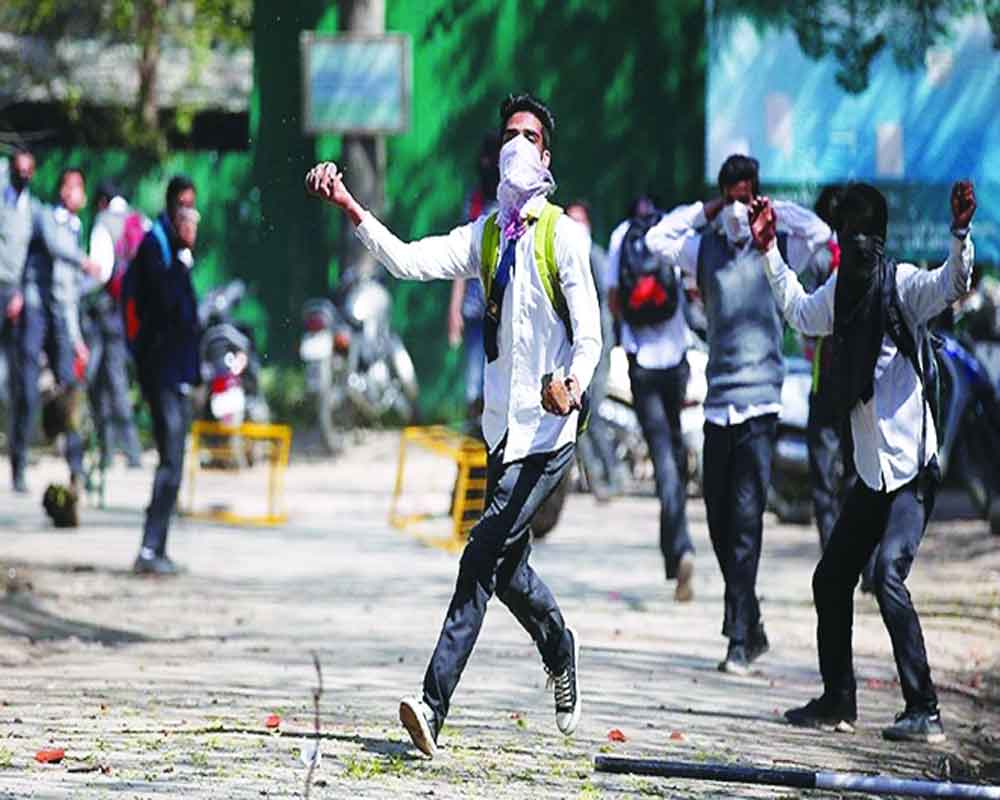 There are over 10,000 schools in J&K, yet the dropout rate is high in the State. Abrogation of Article 370 will help bring about a positive change to a flawed system

Academics are lost for words on how to thank Prime Minister Narendra Modi on the historic decision to abrogate Article 370 as, out of all things that have been thrown out of gear in Jammu and Kashmir, education has been the worst hit because of it.

Now, academicians hope to witness a swift and drastic change in the levels of education in the coming months and academic years. Successive governments in J&K, no matter what their political doctrine, have deliberately kept participation in and quality of education low so that common people of the state do not understand the injustice being done to them by their political masters. If this grim scenario has to change quickly and have a long lasting effect on the minds and the psyche of the people of J&K, then quality education will have a major role to play as a catalyst of change.

The Modi Government, and all future state governments that actually want real integration of J&K with the rest of the country, will be required to address this very urgent need of the students on a war footing. This push for quality education will no doubt find resonance with most families of the State as each invariably has a few learners.

There are over 10,000 schools in the State, yet the dropout rate is high in J&K and it’s not a secret that it is this early age group which is most vulnerable to provocations and radicalisation. Also, the subversive and anti-national forces would force students, both boys and girls, to participate in stone-pelting failing which they would be subjected to coercion and public humiliation, especially girls.

It’s not a secret that Article 370 always remained a barrier in the implementation of measures taken by the Centre and statutory bodies to provide quality education in the state. Students from J&K were denied the crucial Right to Education (RTE) which all children of the country are entitled to. RTE not only makes it mandatory for the Government to ensure education for all children of school-going age, but also provide quality education.

It’s no secret that curriculum is the most important component of education. What we teach today decides the future of the nation a few years later. India has witnessed how TB Macaulay’s ‘Minute on Education’ written in 1835 for Lord William Bentinck, the governor general of British India, changed the future of Bharat. India has not been able to reverse the effects of Macaulay’s policies even after over 70 years of Independence.

Hence, the curriculum and the local textbooks prescribed for the children of the State need to be reviewed immediately. It was decided two years ago by the Ministry of Human Resource Development (MHRD) and Central Board of Secondary Education (CBSE) that all CBSE schools must prescribe National Council of Educational Research and Training (NCERT) books for their students. Now, the Centre can examine the possibility of replacing the textbooks in J&K with NCERT books and give the children the option to do so free of cost.

The government will have to provide opportunities to in-service but untrained teachers to undergo training at the earliest. Training through distance mode can be started immediately. Teachers with degrees from institutions not recognised by the National Council for Teacher Education (NCTE) will require to be re-trained so that they not only become eligible to teach but also become worthy of the job. This will benefit students in the long run as the degrees and diplomas awarded to those educated in J&K are often questioned because of the sub-standard education provided to them. There exist a large number of dummy teacher education institutions as NCTE norms did not apply to J&K. Review of these colleges can be taken up immediately by the NCTE and those which do not make the cut can be shut down or given time to follow the council’s procedures.

Simultaneously, the District Institute of Education and Training (DIET) can be equipped to undertake refresher programmes for the elementary level teachers. The MHRD in 2017 had decided to provide opportunities to untrained in-service teachers to acquire teaching diplomas though the National Institute of Open Schooling (NIOS) in a record time of 18 months. A similar exercise can be undertaken in J&K so that the quality of education improves exponentially. Teachers from higher education institutions may also be provided liberal facilities to undergo special orientation and refresher programs, at the Human Resource Centres established in universities across India, where the positive impact of the abrogation of Article 370 can be explained. Teachers are opinion makers and they can become the messengers of change. The exercise of re-orienting all teachers, catering to all levels of learners can bring a positive impact at the earliest.

Without losing time in creating infrastructure, we can use broadcast technology to bring education to all levels of learners at their doorstep by best teachers from across the country. DD Kashir or other Direct to Home (DTH) channels of Swayam Prabha can be used to reach lessons prepared by distance teaching institutions like NIOS and Indira Gandhi National Open University (IGNOU) to learners in the comfort of their homes.

Once normal telephone services are resumed for the long term, two way communications can also be started so that people can ask questions from experts sitting in the NIOS studios in Delhi. NIOS already has a large number of programmes recorded keeping Kashmiri Secondary and Senior Secondary children in mind.

Fifty madrasas from Kashmir became NIOS centres two years ago. The children, who were pursuing religious education in these madrasas are now being provided modern education too. These madrasas can be provided DTH dish and TV sets so that they can receive the educational broadcasts.

The Central Government may consider forming a task force to suggest various measures to improve various levels of education right from pre-school to doctoral studies. A swift reform, which can be visible on the ground in J&K, will be hugely appreciated.

(The writer is Professor of Education at the Indira Gandhi National Open University. Views expressed are personal)