Erosion of quality in education

Erosion of quality in education 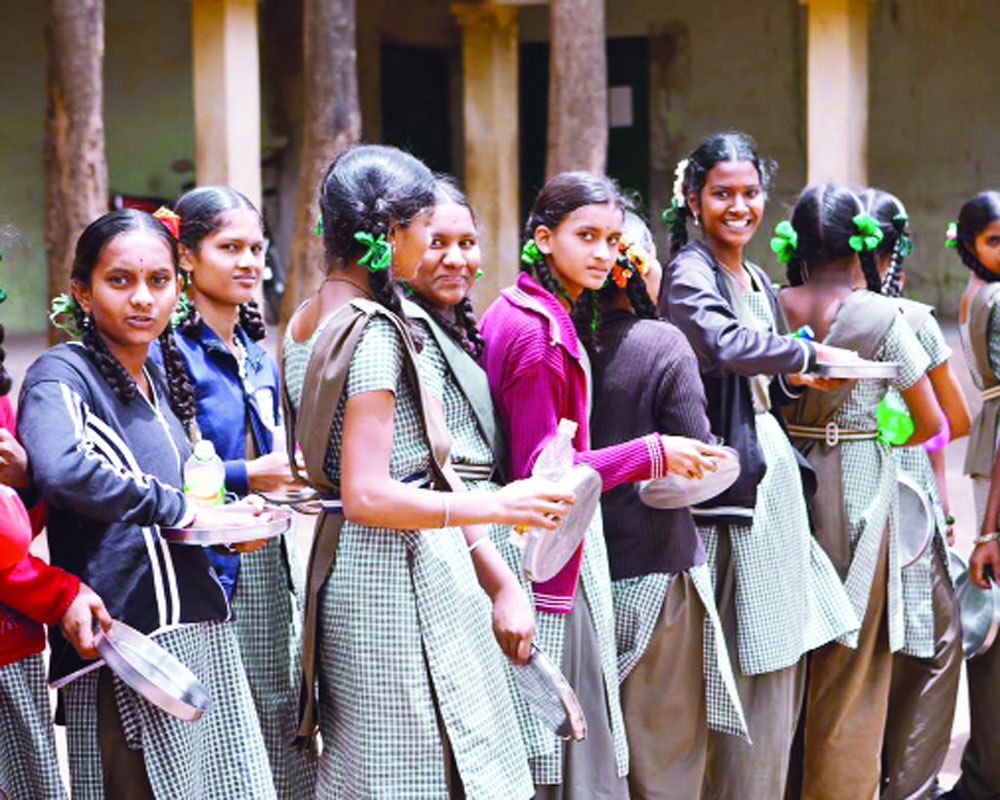 Entrusting effective control of academic institutions to the bureaucracy is a folly that must be corrected. We need to revisit changes in recruitment policy parameters

One often comes across laments in the media and during discussions on educational issues that Indian universities do not figure prominently in  global institutional rankings. This is followed by an expression of serious anxiety regarding a decline in the overall quality of education across the board. The shrinking of learner attainment in sarkari schools is regularly highlighted through credible surveys; and this includes Pratham’s  Annual Status of Education Report (ASER). Everyone seems to be concerned about how to reform the education system to overcome the increasing problem of unemployment among educated young people. To what extent can steps like the creation of the Ministry of Skill Development and Entrepreneurship help? What needs to be done to restore credibility and public acceptance of the present education system?

India has reached a stage when every parent   wants to educate children — both boys and girls — in a good school, which in the current context means a private school. If around 60 per cent of the students still go to Government schools, it is only because parents are not in a position to afford the ‘luxury’ of a private school, or its non- availability in the vicinity. In higher education, competition is too tough to get entry into reputed public-funded professional institutions. Private ones charge huge fees. Those who can manage and afford look for ‘good quality education’ beyond the shores.

As demand increased, the Indian State quietly withdrew from its commitment, paving the way for private entrepreneurs, both in schools and the higher education sectors. There are assured increasing returns and takers are many. India had just around 50 universities in 1950. Today, it is set to touch the four-figure mark. Further, there are around 40,000 colleges across the country. All of this could be seen as a great achievement — expansion was necessary and one should be happy about it. However, the dilution of quality is not the only concern; the problem surrounding Indian education is much more complex. The emphasis on practised values in our institutions stands hopelessly diluted. To recall a somewhat similar situation and its analysis, one could refer to John W Gardner’s Essay titled, Excellence: Can We be Equal and Excellent Too? Referring to over emphasis on attending colleges and universities, Gardner summarised: “The crowding in our colleges is less regrettable than the confusion in our values. Human dignity and worth should be assessed only in terms of those qualities of mind and spirit that are within the reach of every human being. If we make the assumption that college is the sole cradle of human dignity, need we be surprised that everyone wants to be rocked in that cradle?”

Gardner went on to elaborate that the intention is not to undervalue attainments and importance of higher education but to remember that they alone need not become the sole criterion for assessing human worth. We could get a much better comprehension of the missing elements in the Indian education if we were to reflect on how the decline/change 1960 onwards has altered our emphasis on the total worth of an individual. There are occasions when personal experiences reflect the prevalent institutional ethos; and that could lead to tangible reforms without the need for illusive fiscal inputs.

In 1962, obtaining a MSc degree in physics with electronics as a special paper was one of the most sought after courses offered by the University of Allahabad.  Just before the start of the preparation leave for the final examination, Professor Krishnaji took stock of how far the prescribed course was covered. He was a highly respected academic, known internationally for having established the microwave laboratory, which at that stage was a pioneering effort. One of the chapters on ‘Detectors’ was not taken up in the regular class teaching and students were sure that it would not feature in the exam paper. When the learned professor came to know of it, he asked the group to assemble the next day. Detectors were taught for four hours that day, followed by another three hours the very next day. Every student was convinced that at least one question would certainly appear in the exam paper on Detectors. On the crucial electronics exam paper day, once the question paper appeared before each one of them, examinees received a big jolt as there were no questions on Detectors. One could say not a big deal as it does happen in exams when expected questions escape the attention of paper setters. But this was a special instance.

After over three years, in a regular 3.30 pm tea gathering, someone hesitatingly recalled how Detectors could not be detected in the exam paper. Some five of that group of 15 became research scholars, and like all others, were eagerly waiting how the professor would react to this recollection. He did and said: “I was the paper setter. I knew there were no questions on Detectors that year. But tell me, how could anyone get a degree of MSc in physics with specialisation in electronics from the University of Allahabad, and not learn sufficient enough about Detectors?” He went on to elaborate how the university gained its reputation and credibility; how the department of physics should maintain its name and fame; and how the professors and even the laboratories of the department have professional, moral and ethical obligations to discharge. He wasn’t preaching but narrating a tradition and there were oceans of learning that afternoon. He also recalled how he was advised by his favourite teacher: Never enter a classroom if you have are not dutifully prepared for it; never use old notes; prepare afresh each time even if you have to teach the same topic in two different sections.

Then Krishnaji gently pulled out two sheets of paper from his pocket and said, “these are my notes for the first year undergraduate class that I took in the morning.” It was so revealing. He had been teaching for around 30 years and could teach the post-graduate students continuously for three to four hours without any notes or books. He was also scrupulously following the advice of his teacher even at this  stage. This was teacher education for the prospective teachers, this was value education for the educated — young and old — and this was the measure of university teaching quality in higher education. It was also a lesson in how to sustain and enhance credibility of the university.

Reflecting over it after about six decades, it is not tough to visualise why India is worried about its educational quality, practically in every aspect and at every stage. The department of physics of the University of Allahabad was reputed to be one working 24X7; visit it at any time in the night and you will find a couple of youngsters working in the laboratory. Unbelievable, even for the present-day students of the same university. There were no instructions to do so and no biometric attendance for anyone.  Values were learnt because these were being practised in the department by all seniors. It may sound utopian but quality of education will improve only when the situation is analysed and inferences drawn independent of ideological constraints.

It must also be mentioned that the university system did not face the challenge of vacant academic posts in universities at that stage. Whenever a vacancy arose because of someone going abroad; or on deputation; or retirement, the head of the department was authorised to make ad hoc arrangements. He would trace out the topper of the last batch, or the next one and just ask him to begin work. In due course, his appointment letter would follow from the Registrar’s office, with all the pay and allowances as admissible to others.

There was no system of guest lecturers or lecture-basis payments. Every senior academic of the department was available to provide necessary inspiration, motivation and guidance to the new entrant to their family. He could take his chance along with others whenever the regular selection committee would meet next. Today, in the University of Allahabad, several reputed departments may not be having even  one-third of the sanctioned posts filled. Such situation is not new — it has developed over the decades — and there are no signs of application of brain power to overcome it.

It is common knowledge that at most universities, Vice Chancellors have to take “permission of the Government” to make appointments even against regularly sanctioned academic posts. And that in effect implies Vice Chancellors running to under secretaries and deputy secretaries in the State sachivalalya. How does it impact the morale of the institutional leadership will  not be too tough to visualise. But that is a reality which must be acknowledged to envision how to bring about some positive changes. The role of academic leadership just cannot be ignored. And entrusting effective control of academic institutions to bureaucracy is certainly a folly that must be corrected at the earliest. Any serious effort to restore the right ambience of learning and also of teaching in the university system will require a serious study of how changes in recruitment policy parameters have impacted the quality decline and how it has resulted in the gradual erosion of the much-needed empathetic bond between the teacher and the taught.