Events in Sudan are not surprising

Events in Sudan are not surprising 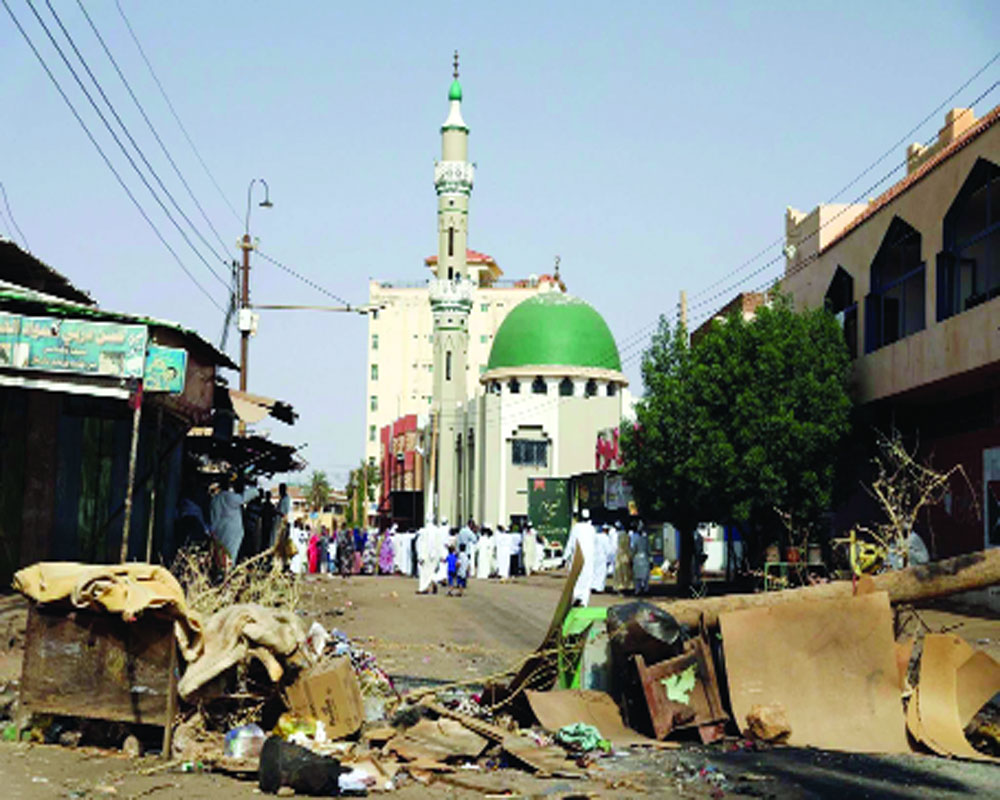 The Janjaweed don’t care how many people they kill, and none of the most powerful Governments in the Arab world do either. Pro-democracy leaders have been carrying out campaigns but unless they take back control of the streets, it’s all over

It’s like the Tienanmen Square in miniature and maybe not all that miniature. The reported death toll in Khartoum after the recent massacre stands at more than 100, but the whole city is still locked down, with columns of Rapid Support Forces (RSF) vehicles driving through the streets, firing at practically anything that moves. There may be a lot more dead.

The RSF used to be known as the Janjaweed and they are not soldiers; they are professional killers. They are the local solution to the problem any dictatorship faces when it decides to end a non-violent protest by murdering the protesters. By that time your soldiers will usually have been on the streets for a while and will have had personal contact with the people you want to kill.

The ordinary soldiers come from exactly the same society as the protesters and, knowing who these people really are, will by now be quite reluctant to kill them. Dictators know that you must never give your soldiers an order you know they will disobey, because that creates a dilemma for them that they can only resolve by killing you. So you must find some other group to do the massacre. They may just be soldiers you bring in from out of town, who have had no previous human contact with the protesters before the order to kill is given. That’s what the Chinese regime did before the Tienanmen Square massacre in 1989.

They may be special forces troops and secret police, left over from the old dictatorship and long rewarded for abusing and murdering the old regime’s enemies, who will gladly serve a new dictatorship. That’s who General Abdel Fattah el-Sisi used to kill at least a thousand non-violent protesters on Rabaa Square in Cairo after his military coup overthrew Egypt’s elected Government in 2013.

In Sudan that group began as a bunch of camel-herding tribesmen, already at war with the local farmers, who were then recruited by the old regime to torch villages and slaughter their inhabitants in western Sudan. They acquired a taste for rape, pillage and murder and became known as the Janjaweed. They are now called the RSF.

Omar al-Bashir, Sudan’s dictator since 1989, originally created them to carry out a genocide in the separatist western province of Darfur, a crime for which he has been indicted by the International Criminal Court. They were never seen in the capital in those days, but now they have uniforms of a sort and they are all over Khartoum.

They are doing the job that the soldiers of the regular Army may have balked at: Killing enough citizens, more or less at random, to frighten the rest back into submission. The ordinary soldiers’ reluctance was often on display in the early days of the Sudanese revolution, when they sometimes intervened to protect the protesters from the RSF.

The generals, who have now unleashed the RSF, never felt that reluctance themselves. Unlike the private soldiers, they have profited greatly under Bashir’s rule and have no intention of giving up their own privileges and power. They were happy enough to sacrifice Bashir to the protesters (he’s now under arrest and awaiting trial), but they don’t do self-sacrifice.

So they played for time, negotiating a ‘democratic transition’ with the protest leaders while waiting for the support to flow in from other Arab tyrannies. It duly arrived: An immediate gift of $3 billion from Saudi Arabia, the United Arab Emirates and Egypt to help Bashir’s military heirs buy back support and the promise of political support for any killing that they saw as a necessary part of the process.

The military junta, calling itself the ‘Transitional Military Council’, kept up the facade of power-sharing with the opposition ‘Alliance for Freedom and Change’ right down to last weekend. Last week, the Transitional Military Council (TMC) spokesman said that a deal was almost done: There would be an election in two years and civilians would have a majority of the seats on the interim council.

Then early this week, the Rapid Support Forces/Janjaweed went in shooting and cleared the square in front of Army Headquarters that had been occupied by pro-democracy forces for the past two months. The TMC’s head, General Abdel Fattah al-Burhan, declared on state television that the military had decided to “stop negotiating with the alliance for freedom and change and cancel what had been agreed on.” What had changed? Nothing. The military was never negotiating in good faith; it was just buying time. The Sudanese Professionals Association, which spearheaded the nationwide protests, is calling for a campaign of “sweeping civil disobedience to topple the treacherous and killer military council,” but unless it can take back control of the streets, it’s all over. Can it do that? Probably not. The Janjaweed don’t care how many people they kill and none of the most powerful Governments in the Arab world do either.

(The writer’s new book is Growing Pains: The Future of Democracy and Work)