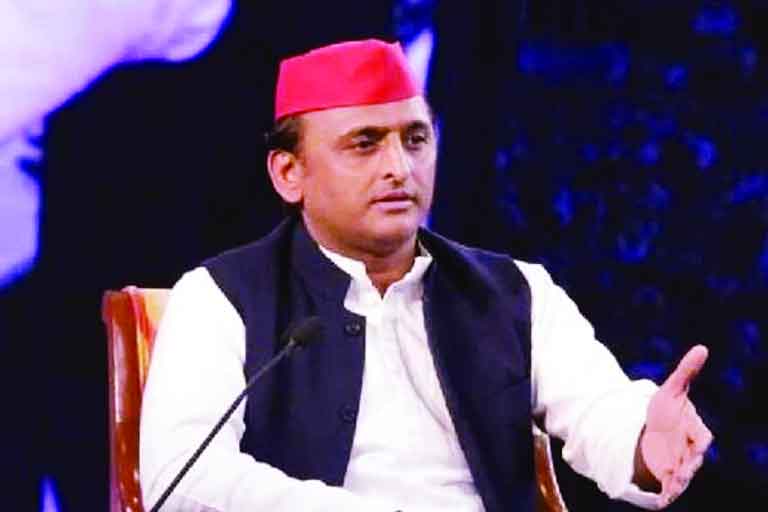 The NDA still enjoys goodwill and respect in Bihar thanks to Nitish Kumar and his model of sushasan. This appraisal will see it through rather than UPA’s number games

The alliance between the Samajwadi Party (SP) and the Bahujan Samaj Party (BSP) in Uttar Pradesh ahead of the 2019 general election has created endless debates in political circles and the media as well. Observers and commentators have termed the alliance as a “political headache” for the National Democratic Alliance (NDA) in Uttar Pradesh.

Undoubtedly, the pact between BSP chief  Mayawati and SP president Akhilesh Yadav can perform better in the Lok Sabha election because both parties have separate ideological vote banks in the State. But the transfer of votes from one base to the other will be a Herculean task for local leaders.

The core agenda behind the coming together of SP and BSP is to stop the Modi-Shah duo-led NDA Government from repeating its 2014 performance in Uttar Pradesh. On its part, the NDA will showcase its performance of good governance, numerous policies and schemes to lure its core voters in the State. In addition to this, the NDA has the brand of Modi, which still enjoys paramount goodwill among large sections of the population. It is also a well-accepted fact that the Modi wave, which was the mainstay for the Bharatiya Janata Party (BJP) during the 2014 national elections, is missing this time. But neither Congress chief Rahul Gandhi nor Mayawati or Akhilesh Yadav have developed themselves to the level of the incumbent Prime Minister’s popularity.

As far as the arithmetic is concerned, in 2014, the NDA gained 42.6 per cent votes in the largest State, while the SP and the BSP garnered 22.3 and 19.8 per cent votes respectively. After the new formula of the SP-BSP was announced, political observers have been much more vocal about their alliance in Uttar Pradesh but have been silent on the chemical equation of the same formula in Bihar.

In the neighbouring state, the situation should be in favour of the NDA, which comprises the Janata Dal United [JD(U)], BJP and the Lok Janshakti Party (LJP). This coalition scored a vote percentage of around 52 per cent in the last general election. Though JD(U)’s vote share nosedived to 16 per cent, the BJP and the LJP gained 29 and six per cent votes respectively.

The mahagathbandhan in Bihar, comprising mainly the Congress, the Rashtriya Lok Samta Party (RLSP) and the Rashtriya Janata Dal (RJD), gathered 31.5 per cent vote in the 2014 election. Thus, the NDA had a lead of around 20 per cent in vote share. The 2015 Assembly results, too, gave a clear majority to the present NDA coalition in Bihar. In the said election, the present NDA partners could fetch a sum total of 46 per cent votes while the United Progressive Alliance (UPA) allies got a total of 30 per cent votes.

The Nitish Kumar factor is significant in Bihar. It will be pertinent to mention that both the RJD and the Congress saw their fortunes turn after banking on Bihar Chief Minister and JD(U) chief. The NDA still enjoys goodwill and respect among a majority of the State’s population thanks to Nitish and his model of sushasan.

It would also not be out of place to mention that the acceptability of Nitish  as a development-oriented leader has gone up several notches in mass consciousness during the last decade. The voters, who felt cheated by the then Lalu Prasad regime for 10 long years between 1990 and early 2000, shifted their loyalties en masse to Nitish in the hope of deliverance.

As the JD(U) and the BJP have been partners for the last 20 years, there is no raging issue about transferring of votes or poaching into each other’s vote bases. Local workers of both parties share old, healthy political relations. In addition to BJP-JDU, LJP is yet another important ally that has a credible seven per cent of cadre vote. So, the trio makes a greater mahagathbandhan than that spearheaded by the UPA.

Several opinion polls have suggested that the NDA would emerge the strongest player in Bihar. Even Nitish himself made a similar observation during the JD(U)-BJP seat-sharing deal in Delhi last month. He highlighted how the NDA won 32 seats in 2009 despite UPA II coming to power that year. Therefore, it is expected that given the NDA alliance has become larger with the inclusion of the LJP in Bihar, its tally can only go higher.

As far as the BSP-SP alliance in Uttar Pradesh is concerned, it will face a litmus test of expected vote transfers on the ground, albeit they have tried that in micro battles with some success. But will that work all across the state seamlessly? Even though both parties have their own strong leadership and cadre on the ground, the fight for 2019 will be a tough task to manage. And an even greater challenge will be to work together from the party worker’s side. Apart from these critical factors, one can also analyse the humongous victory of the BJP in the Assembly elections of March 2017. It cannot be wished away so easily.

The recent results of Rajasthan, Madhya Pradesh and Chhattisgarh have excited the Opposition bench no doubt. But it should be duly noted that the vote was against the incumbent State Government and not a testimony of the work done by the Union Government. It was also a very close race in Madhya Pradesh and Rajasthan. Even this loss can prove to be a boon for the NDA as it has given them sufficient time to introspect and revamp the strategy ahead of the general election.

Uttar Pradesh and Bihar remain the key States to reach New Delhi. Both States send 120 representatives to the Lower House. Therefore, all eyes are on mathematical calculations and their longevity. Many new alliances have been formed to fit into the political spectrum. But even after all such manipulation, the battleground in Uttar Pradesh remains wide open for all players. In Bihar, political pundits have given the NDA the benefit on paper.  While the chaos in NDA regarding seat-sharing has been settled, the same is not true for mahagathbandhan; even the main Opposition leaders are still unclear about their strategies and approach that could turn the tables.

The problem is that the UPA is still dependent on caste politics whereas the NDA has ushered in an era of development politics. It has brought pro-poor, pro-Dalit and minorities policies which have transformed their socio-economic conditions. The Nitish-led  Government has been truly successful in all  indicators of good governance. The general election will be contested between the narrow-minded, visionless politics of the UPA and a futuristic politics of the NDA with a dream to build a “New India.”