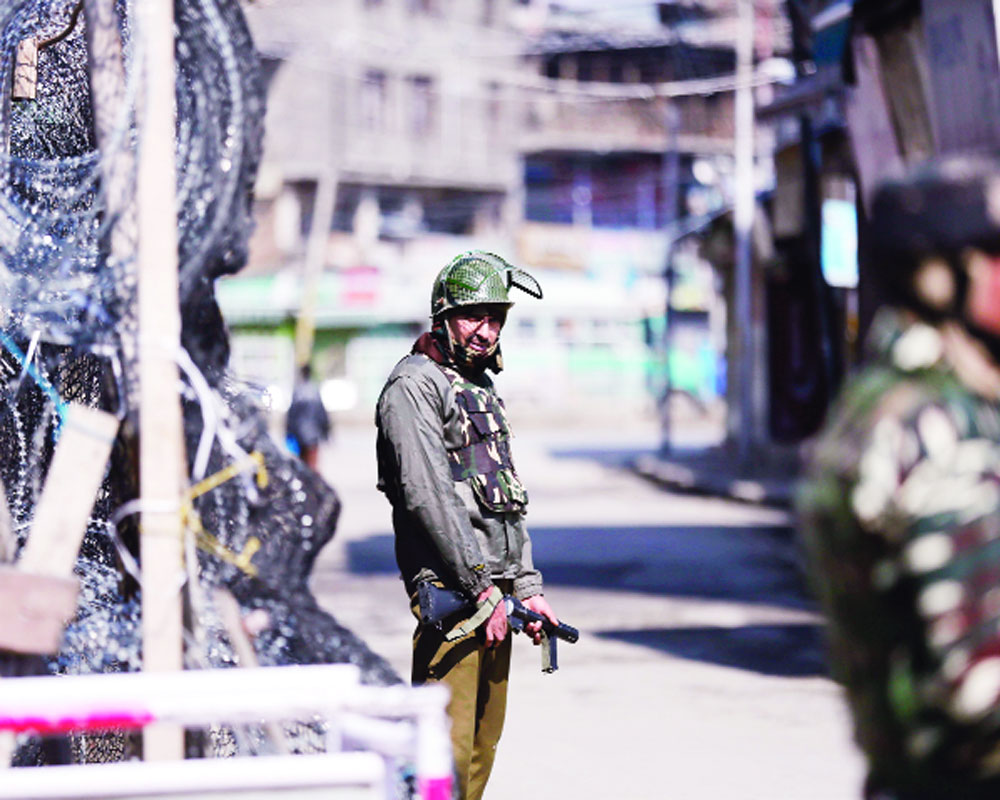 A war is by no means the answer. At best, it will result in a stalemate. Instead what is needed is a coherent long-term policy and a clear blueprint to combat terrorism

The episode that began with the attack on a CRPF convoy in Pulwama on February 14 ended with the repatriation of Wing Commander Abhinandan Varthaman to India on March 1, without triggering an India-Pakistan war. While this is all to the good, relations between the two countries will remain tense and further serious confrontations cannot be ruled out. This is because the two main causes of their continuing hostility will remain — Pakistan’s desire to annex Kashmir and India’s demand for an end to the cross-border terrorist attacks that Pakistan has been conducting against it for almost 40 years now.

Pakistan’s obsession with Kashmir stems not only from the region’s fabled beauty but its strategic importance. Controlling Kashmir, Islamabad can bring its armoured and infantry formations unopposed to Jammu & Kashmir’s borders with Punjab and Himachal Pradesh, and launch these against Delhi. Any such offensive has now to contend with the Indian forces stationed along the international border between the two countries in Jammu and the Line of Control in Kashmir. This is why India cannot part with Kashmir — besides the fundamental reason of the latter being an integral and inalienable part of this country.

Control over Kashmir will enable Pakistan to launch a three-pronged attack against India — from the Sind-Rajasthan and Punjab borders as well as Kashmir, and it will push some of its Army formations close to Delhi. This strategic consideration is supplemented by its pathological hatred towards India, which routed it in the 1971 war that led to Bangladesh’s liberation.

Pakistan’s fixation with gaining control over Kashmir is also a result of its strategic doctrine which aims at India’s balkanisation. In his book, India: A Study in Profile, Lieutenant-Colonel Javed Hassan (who retired as a Lieutenant-General) contended that “India was hostage to a centrifugal rather than a centripetal tradition.” Holding that India “had a historical inability to stay as a unified state”, he identified Punjab, Jammu & Kashmir, Tamil Nadu and six north-eastern States (strangely leaving one of the seven sisters out), as being completely alienated from mainstream India.

Hussain Haqqani, who refers to this book in his Pakistan: Between Mosque and Military, wrote that Hassan felt that “with some encouragement, the alienated regions could become centres of insurgencies that would, at best, dismember India, at [the] least, weaken India’s ability to seek regional dominance for years to come.” Hassan’s book is most significant as it resulted from a study of the Pakistani Army’s Faculty of Research and Doctrinal Studies, Command and Staff College, Quetta. It was published and distributed by the Services Book Club, Rawalpindi. None of this could have happened without sanction from the top, which, in turn, indicated that it articulated — at least was in sync with — official policy. Further, Haqqani points out in a footnote in his book, that in several conversations with him, Lieutenant-General Hamid Gul, who was director-general of Pakistan’s notorious Inter-Services Intelligence from 1987 to 1989, referred to an operational plan to encourage centrifugal forces in India that existed when he was director-general of military intelligence from 1984 to 1987.

Haqqani further states that after the United States had agreed to support the Afghan jihad against Soviet occupation of Afghanistan and American economic aid had started pouring into Pakistan, the latter’s President, Zia-ul Haq, wanted a forward policy drawn up regarding India. Haqqani also says that a conversation between Zia and Lieutenant-General Akhtar Abdul Rahman led to the implementation of a policy combining clandestine operations to weaken India with the pretence of seeking durable peace, throughout the years Zia was in power as well as subsequently.

As can be seen, it is being followed even now. What can India do? A war? It can end in India’s victory, defeat or a stalemate. Defeat is impossible given this country’s enormous military superiority over Pakistan and the valour of its uniformed personnel. A victory is possible given India’s superiority on land, sea and air, and India did defeat Pakistan comprehensively in the 1971 war which led to the liberation of Bangladesh. It, however, then had complete support of the Soviet Union under the Indo–Soviet Treaty of Peace, Friendship and Cooperation which, under Article IX, provided for immediate “mutual consultations” to remove any “attack or threat thereof” that either country may face and the taking of “appropriate effective measures to ensure peace and security of their countries.” Thus, the Soviet Union sent ships of its Pacific Fleet to counter warships of the United States’ Seventh Fleet which entered the Bay of Bengal to tilt the balance in Pakistan’s favour. India is unlikely to receive the same kind of support from Russia which is now reaching out to Pakistan. Besides, even if India wins a comprehensive victory, it will not end terrorism from Pakistan. The 1971 war did not. Pakistan was back to promoting terrorism and insurgency in India within 10 years of that.

Things might be different if this country annexes Pakistan, which the world will not allow. It is one thing for countries not to condemn — or even tacitly endorse — an attack on the JeM terrorist-training camp at Balakot, and, quite another for them to allow India to swallow Pakistan. Equally, Pakistan may not rattle its nuclear-tipped missiles over an Indian aerial attack on a target inside it but will certainly do so if Indian troops get, say, within 50 kilometres of Islamabad.

Most likely, a war will end in a stalemate. Besides not ending terrorism, it will impose a heavy cost in terms of human lives, public and private assets destroyed and economic disruption. Instead of it, one needs a coherent long-term policy and a clear blueprint to fight terrorism, providing for diplomatic and economic pressure on Pakistan, sound intelligence gathering to pre-empt terror strikes in India and terror attacks in Pakistan itself. Whipping up jingoism and war hysteria only diverts attention from this essential task.