Give a dog a bad name

Give a dog a bad name 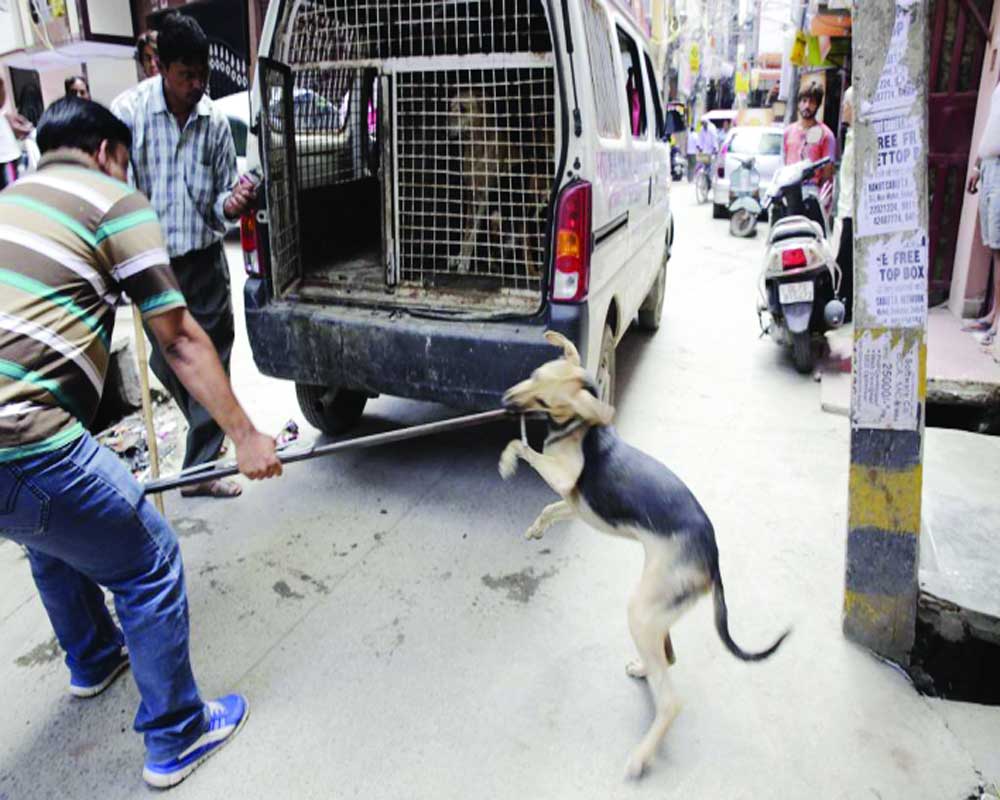 While the demand for the mass killing of stray dogs reveals a genocidal mindset, exaggerated figures whip up mass hysteria against them and spread misinformation

Some people spend the better part of their lives on providing education to street children; some on extending medical aid to the poor. Some devote themselves to collecting clothes for, and distributing the same, among pavement dwellers and some to running relief organisations that help those hit by natural calamities like floods and cyclones. Some live to demand ceaselessly that all stray dogs be killed.

The urge to kill — and even perpetrate mass murder — is as much a part of the human psyche as the one to extend succour to the disprivileged and the distressed. The wars, genocides and other violent activities and crimes like murders, that have occurred throughout history, bear this out and underline the fact that hatred is as central, and sometimes more powerful, an emotion as love and compassion.

The most extreme form of the desire to kill is to perpetrate it on a mass scale, which is genocide. Only a handful of people can perpetrate the latter as it would require state power or an organisation like Hitler’s Sturmabteilung (SA, the original Nazi paramilitary body), to do it. More, given the opprobrium that has come to be attached to genocides, which are now regarded as crimes against humanity, anyone calling for the slaughter of any community or class of people would find himself/herself shunned and denounced. One, therefore, should not be surprised if people redirect their genocidal instinct to stray dogs and, in the process, gain the bonus of being able to project themselves as protectors of human beings from death and from rabies numbering, according to the three figures most commonly cited, 30,000, 25,000 and 20,565 respectively.

The question is: Where do these figures come from? The first two appear in Assessing the burden of rabies in India: WHO-sponsored national multi-centric rabies survey 2003 by the Association for Prevention and Control of Rabies in India (APRCI), which states, “However, from 1985, India continues to report every year 25,000 to 30,000 human rabies deaths, which today accounts for 60 per cent of the global report of 50,000 (WHO, 2002).”

The survey further states, “The above figure of 25,000 was an estimate worked out on the projected statistics of isolation hospitals in the country in 1985…” What we have then is not an actual figure but an estimate and that, too, arrived at on the basis of not actual but “projected” statistics. One is reminded here of the famous statement, attributed to Charles Darwin, “A mathematician is a blind man in a dark room looking for a black hat which isn’t there.”

This brings us to the APCRI’s survey with its figure of 20,565 human deaths from rabies every year. Again, it is a mere projected estimate and not the total of recorded deaths from hospitals in various parts of the country. Also, it is based on critical inputs, which are themselves of questionable validity. The survey, for instance, states, “For estimating rabies incidence, the current reported incidence of three cases per 100,000 population (or 30,000 for one billion population, WHO 2002) was considered. Based on this, as per the planned precision of 90 per cent confidence level and 10 permissible error, about 9.1 million or 10 million (round figure) population coverage from 21 medical coverage with marginal coverage variations due to local factors was envisaged.”

As seen, the estimated annual figure of 30,000 rabies deaths in India needs to be viewed with serious reservations. It is at best a conjecture of uncertain validity. This in turn raises serious questions about the acceptability of the APCRI’s survey and its conclusions. These questions appear all the more warranted given the official figures on rabies’ deaths. Since 2005, the Union Government’s Ministry of Health and Family Welfare’s Central Bureau of Health Intelligence (CBHI) has been annually publishing a National Health Profile for the country. According to its 2018 edition, there were 97 cases of human deaths from rabies in 2017. According to the relevant preceding annual National Health Profiles, there were 86 human deaths from rabies in 2016, 113 in 2015, 125 in 2014 and 132 in 2013. Nor were the figures even remotely approaching 30,000, 25,000 or 20,565 in earlier years. There, for example, were 386, 365 and 485 deaths from rabies in 1997, 1998 and 1999 respectively. The number was 486 in 2000 and 488 in 2001.

The argument that the vertiginous difference between the actual numbers recorded and the incredibly higher estimated ones in circulation is due to under-reporting of human rabies deaths, holds little water. No amount of under-reporting can explain such a massive difference and certainly not when the reach of the print and electronic media extends to every part of the country and reports of human-animal conflict feature regularly.

Besides, the methodology of the APCRI’s survey raises serious questions. These include identification by respondents, without laboratory verification, of rabies cases which could be as many as five years old in rural and three years old in urban areas. The chances of people not being able to correctly recall the symptoms of the disease killing a person, and attributing to rabies deaths caused by other diseases, are very real, particularly when almost all of the respondents are not medical practitioners.

These grossly exaggerated figures serve only to whip up mass hysteria against stray dogs, boost the sales of anti-rabies vaccines and spread disinformation about India abroad, undermining its standing as an investment destination.