History speaks for itself

History speaks for itself 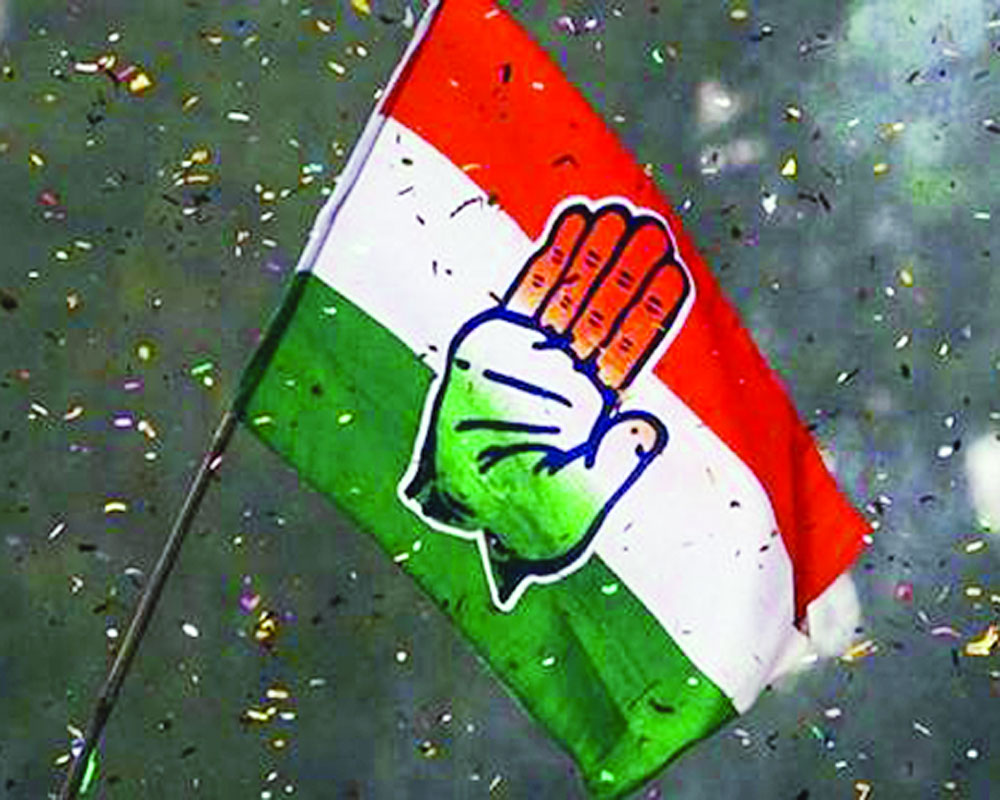 It’s time for the voters to inform themselves of the INC’s past and realise that it never really came around to re-modelling itself from being colonised subjects of the British, says B Deepanjali

By now, it’s common knowledge that Mahatma Gandhi, without whom the call for independence from British rule would never have reached the Indian masses, had wanted the Indian National Congress (INC) to be disbanded after independence. That it was a party of the British and the Indian English-educated elite was clear to him and he knew that this was not what “freedom” truly meant. The purpose of INC as envisaged was to achieve independence from British Raj and to not hand over the country to them on a platter. Gandhiji was clear that the INC needed to be disbanded after the British left India. But what he wanted did not happen. He increasingly became disillusioned after independence. After his assassination, pressure to have a truly representational democracy took a backseat and the corrupt cronyism of the INC held sway.

Gandhiji was indeed right about INC. It did not quite truly understand what nationalism was. It still does not and does not even seem to care about it. As the 2019 election campaign is in full swing right now, we can see how the grand old party relentlessly disparages the nation, fails to stand by our brave armed forces and even scoffs the country’s phenomenal achievements —Mission Shakti and the testing of the first anti-satellite missile  system that made us the fourth nation in the world to have this critical defence capability are a few examples. With 70 years of independence, we are now a witness to some of the most negative statements against the nation by INC members. So much so that today, even those Indians, who were supportive of the Congress, are stunned at the lows the party has taken.

In no other democratic country does the Opposition party ridicule the nation’s achievements or take sides with the enemy country — when its soldiers have been massacred by terrorists like in Pulwama — as in India. For, their  opposition is to the ruling party and never to their nation. The INC’s behaviour as an Opposition party will be unthinkable say in Britain or the US where leaders’ loyalty to their country remains unquestioned — it defines who they are as a people.

So, why is it that in India we have a party like INC, whose statements, like the one doubting the Balakot strikes, sound like they are the same as the ones made by politicians in Pakistan? Why is it that the leading Opposition party is unable to distinguish between the nation and the ruling party and spares no opportunity to belittle the country? It’s, therefore, worth asking: Does this disconnect with the country have much deeper roots, going back to the formation of the INC itself?

INC still not rooted in India: The party was founded in 1885 by AO Hume, a British imperial civil service officer. But did the party ask for complete independence soon after it was formed? No. It was only after 44 years of its formation that the INC demanded poorna swarajya for India in December 1929. Until then, all that it meekly asked the British was a dominion status for the country. And who were the party’s members?  They were a part of the British elite — those Indians who were educated in England and who held wealth and social standing. The formation of the INC can itself be seen as a smart move by the British to maintain a sense of stability, badly shaken as they were by the First War of Independence or what they called the Mutiny of 1857. It is an undeniable fact that early members of the INC looked up to British education and governance as means to achieving a “stable India.” There are documented references to past Indian presidents of INC eulogising the British Raj and one of its presidents, Pandit Bishan Narayan Dar, even said that British rule in India was the “greatest gift of providence to his race.”

Point to be noted here is that nowhere does the INC website mention about Hume. History of this party is one that was never actually rooted in India’s cultural identity as a basis for nationhood. This is a deeper theme in itself.

In the historical context, recent public pronouncements by INC members, who have alarmed many Indians and provided fodder dangerously enough to Pakistan, bears reference to the party’s history. The INC was indeed so cosy with the British that its prominent members failed to create a national identity that could resonate in its being — either before or after independence. The ones, who stood for a stronger and more assertive tone in demanding legitimate rights for the people, were staunch nationalists but were deemed as “extremists.” And this is well-known viz, the divisions between the “moderates” and the “extremists” in the INC.

The firebrand, who gave the first clarion call for swarajya before Gandhiji, was Lokmanya Bal Gangadhar Tilak, who said, “Swarajya is my birthright and I shall have it” in 1906. This call came at a time when the INC was led by the moderates (which was true for its first 20 years of existence, working only on policy changes through administrative means). INC’s top leaders didn’t really want to let go off the British rule as they thought of it as being beneficial to the nation. This can be seen in the stated position of several INC presidents of the early days.

What is INC’s position on nationalism?

The party has never come to terms with what its position on India as a nation is and what it means to be an Indian. This could be because like many Indians believe, there was no armed struggle by its members to achieve independence, no suffering and no pain. It was, in fact, the armed resistance by the Indian National Army (INA), led by Netaji Subhash Chandra Bose, that pushed the British to the wall and raised the daunting prospect of an outright mutiny — the INA’s contribution to India’s independence is undeniable. The sacrifices made by INA soldiers are, however, not what we think about in the common narrative of India’s independence.

Unlike other nations, India did not really win a war and defeat foreign forces to reclaim its sovereignty. So, post-independence, the INC captured national consciousness by means of educational propaganda that highlighted the party’s role in the freedom struggle when the fact remains that none of the prominent leaders from INC lost their lives to gain independence. The great sons of India, who sacrificed their lives like Shaheed Bhagat Singh, Rajguru, Chandrashekhar Azad and Khudiram Bose, were not talked about in the public domain. Instead, India’s freedom from the British was and is still showcased as being an INC affair, failing to highlight the internal struggles within the party in its early days with the “moderates” toeing the British line of administrative reform and discussions and “extremists” demanding freedom from foreign rule before Gandhiji came to India and led the struggle. Needless to say, these “extremists,” or assertive nationalists, didn’t really make it big in INC as time went on after independence.

This then is the problem with INC: It never believed in the main pillars that define a country — a unified core cultural identity and military strength that builds a nation. This is why when quite naturally all Indians would feel a swell of pride on the achievements of the military, Congressmen don’t. The INC’s disparaging stand on the brave and impactful Balakot strike by the Indian Air Force even disturbed former party leaders like Tom Vadakkan, who spoke about it later when he was asked as to why he decided to join the BJP.

A disconnect with India: With no clear policy except for mentions like secularism, the party members’ lack of national pride remained obfuscated from public knowledge all these decades except for the occasional mention of 1971 and Bangladesh (of course, it didn’t explain why 90,000 PoWs had to be returned to Pakistan to keep aflame the fire of hatred against India in them as free Pakistanis and go on to spawn anti-India terrorism). The truth of the INC — as a party still comprising the English-speaking elite, scoffing at all that is anti-thetical to its understanding — is being exposed now. All of this reveals a well-entrenched disconnect with Indian ethos and pride of the people.

In the 10 years of UPA rule, there was nothing much to feel proud about but much to be disheartened about, including the cowardly silence by the Congress’ powers-that-be in Delhi after the horrendous Mumbai 26/11 attacks. But after losing power in 2014, party leaders have maintained a unified stance to run down India’s significant achievements.

Since the last five years, India has touched significant highs on defence and technology fronts, something it had not pursued in its years in governance. So its principal strategy is to attack Prime Minister Narendra Modi.

Given its origin, it is difficult for the INC to internalise the idea of India, the nation, its pride, its spirit and its civilisational sanctity. For it, poll time means reviving divisive agenda and let’s not forget that the divide and rule policy worked well for the British, who inspired and founded the INC anyway. And so this saga endures. It is time for the voters to inform themselves of the history of the INC and realise that it never really came around to re-modelling itself from its British past as colonised subjects. And any party, which chooses to ally with the INC now, is also standing by the same credo of perpetuating that legacy.

(The writer is a social activist)