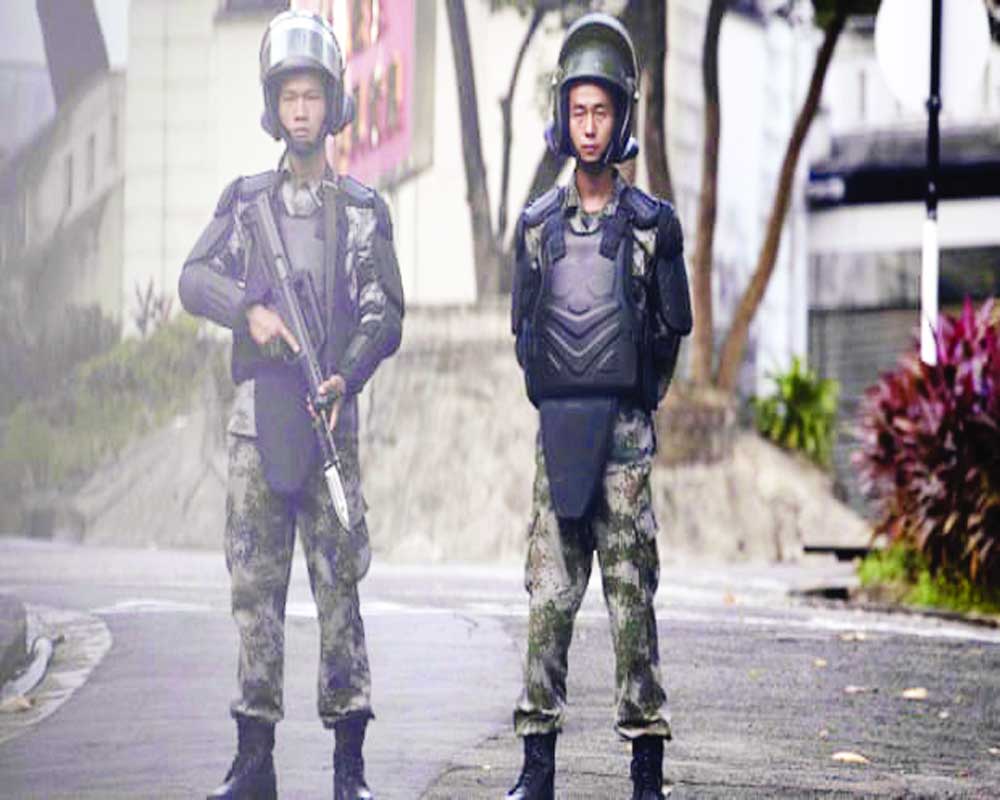 Protests here have intensified and most citizens are in support of the young activists. Beijing is in a quandary

When the People’s Republic of China (PRC) took over the administration of Hong Kong in 1997, it laid to rest a painful chapter of colonialism on the Chinese mainland. The UK had sought and won certain rights for the citizens of Hong Kong. The Chinese Government had promised “One country, two systems” for the city-state, which still maintained its judicial, economic and cultural identity. It even competes at global sporting meets independent of the PRC. Initially, the system worked well. Officials in Beijing had a tough time grasping the concepts of free speech and expression in Hong Kong.  They realised that the city and its vibrant stock markets and access to the Western capital allowed huge fund inflows into the PRC. Indeed, the PRC’s massive growth in the decade following Hong Kong’s return was fuelled by money that was routed through the city. However, things have taken a dark turn here under China’s new strongman Xi Jinping, who wants the “Sinification” of the city to progress much faster than the promised 50 years. Instead of Hong Kong hoping that some of its free and open culture will be imbibed by China, Xi wants it to be under his thumb. He wanted to achieve this by essentially subverting Hong Kong’s unique judicial system to that of China. Easy, peasy he must have thought, but he had not accounted for the citizens, particularly the students. They were loathe to give up the freedoms they have become accustomed to. Even under the heavy hand of the Hong Kong police, who used some of the latest facial recognition technology, the students have continued to resist. Xi’s predicament has worsened because of Hong Kong’s vibrant and free media, making the city’s crisis a public relations nightmare for Xi and his minions.

Letting the students have their way would be akin to admitting defeat by Xi. However, he should learn that compromise is sometimes the best policy as is keeping one’s promises, no matter how much one may not like them. Hong Kongers are proud to be citizens of the PRC as well but they were promised two systems and they want that much and no further. The sight of teargas shells being lobbed at students will not serve Xi well in the long run and might even make his economic diplomacy goals such as the rehabilitation of Huawei and selling the Belt and Road Initiative much more difficult.