How Congress let down its young pilots

How Congress let down its young pilots 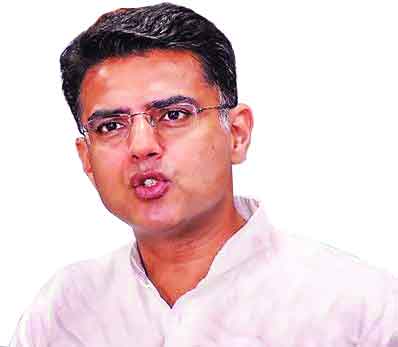 Rahul Gandhi went after the youth voters but they rejected him. Maybe because he and his mother ignored the party’s capable and tested young leaders. The BJP won because the Congress conspired to lose

Even before the Bharatiya Janata Party’s (BJP’s) landslide victory in the recently-concluded elections, there was a healthy disrespect for family dynasts in the Congress among the young BJP-leaning ideologue. If you mentioned the irony of the fact that several of the BJP’s own cadre of youth leaders are second or third generation politicians, they would argue that they had worked in their constituencies and elsewhere. Some like Poonam Mahajan, the BJP’s youth wing leader and daughter of Pramod Mahajan, travelled across the country constantly to ensure that the BJP got the youth vote. While all dynasts are born into politics, Congress dynasts, they always argued, enjoyed the trappings of power without wanting to do the work for it. All except one, a man whom most young and old leaders inside the party always respected — Sachin Pilot.

And after the Congress won the Assembly polls in Rajasthan and made the much older Ashok Gehlot as Chief Minister, many found it surprising, although several people in the BJP were jubilant albeit a bit sad for Pilot. This one decision, they said, completely exposed the Congress’ claims to represent the youth and not only would this decision cost them the popular vote in Rajasthan, where Narendra Modi remained hugely popular even as the Congress won the Assembly polls, it would expose Rahul Gandhi’s claims to “love” the youth as hollow. This was not just the opinion of those inside the BJP. Several commentators in the Congress ecosystem were not just puzzled at the decision, some were outright apoplectic. And even though some might claim that this decision was made by Sonia Gandhi or because of some outstanding land cases against Robert Vadra in Rajasthan, it was an illogical decision.

As several of the old guard in the Congress study their defeat at the hustings, they will likely learn that this one fact was weaponised by the BJP against them and no matter how many cool campaign numbers that the Congress commissioned and Rahul Gandhi’s appeals to the youth, the treatment of a genuine young and hard-working politician was going to count against the leadership. However, Pilot is not the first young leader to be sidelined after working hard. The last one was Jagan Reddy, again the son of a successful Congress politician and one loyal to the family in YS Rajashekhar Reddy. One who might have even returned to the party fold had Rahul Gandhi the grace and sense to have apologised to him for his mother’s indiscretions and told him to let bygones be bygones. Instead Rahul Gandhi entertained the Telugu Desam Party’s N Chandrababu Naidu even though most opinion polls were indicating that Jagan Reddy was ahead in the race. We all saw what happened, because at the end of the day, sheer electoral numbers do not lie. Jagan wiped the Telugu Desam Party almost clean off the floor of the Andhra Pradesh Legislative Assembly and totally out of the Lok Sabha. And while it is not correct to blame Rahul Gandhi for ditching Jagan — that is completely on Sonia Gandhi — he could have salvaged the situation. Again, another tickmark for the Congress party’s amazing ineptitude with regard to youth. The young leaders which the Congress did not up this time were people like Gehlot’s son who lost and Kamal Nath and P Chidambaram’s sons, who won their seats but at what cost? Ignoring Pilot and Jagan Reddy might have cost them the ability to cross at least a hundred seats and blunt Modi’s massive edge among young first and second-time voters.

You get a sense of Modi’s immense popularity among younger voters clearly through the results in Uttar Pradesh and Bihar, where there is no doubt that young voters have voted for him in droves. One could argue that Modi is no spring chicken either but he has a message that resonates with the younger population, a message that goes beyond caste and infuses a sense of national self-identity. In both those States, younger voters did not just ditch the Congress, they also ditched two young leaders of caste-based parties in Akhilesh Yadav and Tejashwi Yadav. And if Modi and Amit Shah are to be remembered for anything in three or four decades, it will be for finally smashing through post-Mandal Commission caste-based identity politics. While many cannot swallow that defeat, the meltdown not just appearing on social media but in distasteful articles by full-time antagonists of the Indian State, this election must not just be remembered as one that the BJP won through complicated social engineering and excellent delivery of subsidies, but one that the Congress conspired to lose.

All is not lost for the Congress. If they have to take a youth pivot, they have to do it now. They have to not only cleanse the party of the old guard whose clothes are still stained by the extreme corruption of the UPA-2 era but also promote hard-working young leaders instead of promoting those  stuck in the ivory towers of Delhi and Mumbai. In this, they should not only take a page out of the BJP’s book and see how effectively Poonam Mahajan and her team have mobilised the Bharatiya Janata Yuva Morcha while the Indian Youth Congress is in a coma, but also look at one of their own in Sachin Pilot and the one they lost in Jagan Reddy. Otherwise the Congress will, like many in the old guard, wither away and die.

(The author is Managing Editor)