How integrated is our command?

How integrated is our command? 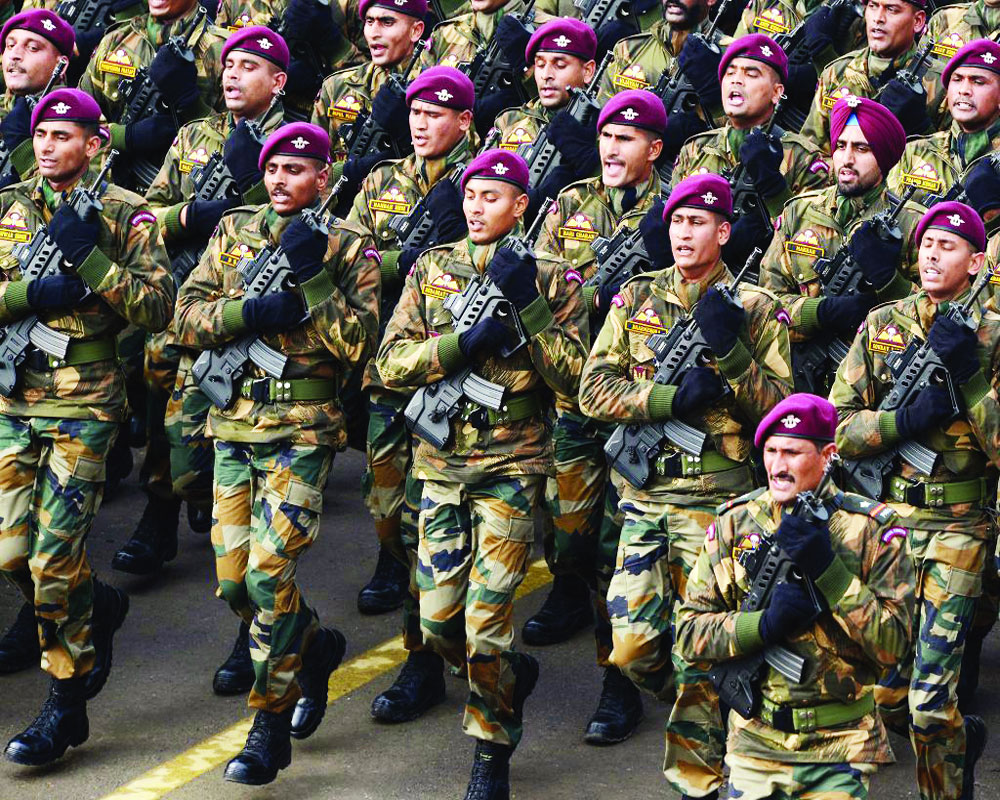 We must have the ability to use our vast range of assets in a coordinated manner to provide the synergy required to realise our foreign policy, security and economic objectives

After years of speculation, the Government has finally bitten the bullet and formally named the heads of the Armed Forces Special Operations Division (AFSOD) and the Defence Cyber Agency (DCA). The head for the Defence Space Agency (DSA) is expected to follow soon. These three tri-service divisions will function under the Integrated Defence Staff supposedly to foster “integration, synergy and economy” among elements of the three services. By standardising and integrating their training, equipping and logistics, it is hoped that their utilisation can be optimised, thus providing maximum bang for bucks.

All of this is meant to convince us that our military hierarchy understands modern warfare in all its complexities and is taking the necessary steps needed to ensure that it has the tools at its disposal to deal with a full-spectrum of conflict — from operations other than war to a nuclear conflagration. While one cannot speak about the capabilities that either the DCA or the DSA may plan to possess, there is little doubt that the establishment of AFSOD in its present form leaves much to be desired. In fact, if one were to be brutally honest, its establishment is nothing but a poorly concealed effort to pull the wool over the eyes of our political leadership, unless they were in on it and the tax-paying public.

While the need for establishing a Special Operations Command, as suggested by the Naresh Chandra Committee in 2012, may well be debatable, it is a given that our strategic ambitions are constrained by the fact that we face two nuclear armed adversaries with disputed borders. Given that one of these nations is an economic and military powerhouse, it implies that the primary focus of our security establishment must remain on our immediate neighbourhood. We cannot, however, lose sight of the fact that as we rapidly develop, PricewaterhouseCoopers considered India to be the third largest economy in PPP terms in its February 2015 report, ‘The World in 2050’. Further, our sphere of influence is also likely to expand beyond the regional.

A growing Indian diaspora and increasing economic interests world-wide make it necessary for the Government to look at enhancing its capabilities to protect its interests abroad. We must have the ability to utilise our vast range of assets in a coordinated manner that would provide the necessary synergy required to ensure that we can successfully meet our foreign policy, security and economic objectives in our areas of interest and influence. This requires tri-service special operations capability grounded in the reality of our circumstances that will enable focussed capacity-building and the establishment of linkages within the security establishment and other Ministries towards their employment at the strategic and operational level, especially with regard to the conduct of ‘Out of Area’ contingencies.

Sadly, the AFSOD is hardly in a position to do anything of the sort, given the meagre resources that have been placed at its disposal. The very fact that it is being established outside of the National Capital Region ensures that its General Officer Commanding can never become the single point advisor on the conduct of special operations to either the Chiefs of Staff Committee or the Cabinet Committee on Security, which is required for the type of tasks envisaged to be undertaken. However, all this apart, what is truly despicable and astounding is the blatant attempt to use bureaucratese to stall logical development in order to protect vested interests. All of this will, in the end, be at the cost of lives because special operations are not only inherently risky and dangerous but also have very little margin for error.

One cannot help but notice the similarity in the manner in which the United States military went about establishing its joint special operations capability. As most may know, the disaster of ‘Operation Eagle Claw’ in 1980 — the failed mission to rescue American hostages held in Iran — was attributed to the lack of jointmanship and a convoluted command and control set-up, among other things. In order to correct the situation, the Army first tried to consolidate all Army Special Operations Forces (SOF) under 1st Special Operations Command in 1982. The lack of a unified structure led to concern within the Senate Armed Services Committee, which resulted in the Department of Defence, creating the joint special operations agency in January 1984.

This agency was, however, flawed as it had neither operational nor command authority over any SOF. In 1986, the The Goldwater–Nichols Department of the Defence Reorganisation Act of 1986 was passed, which appointed the chairman chiefs of staff committee as the single point advisor to the Secretary of Defence and the President.

In addition, they also forced the establishment of joint theatre commands, with the commanders-in-chief also having direct access to the Defence Secretary and the President. Despite stiff opposition, the Nunn-Cohen Bill was passed in 1987 and amended the Goldwater-Nichols Act to establish the United States Special Operations Command under a four star C-in-C as a separate command, which supported other theatre commands. In 2014, it was re-designated as a combatant command.

Clearly, it is not in our interest to undertake such a torturous process for developing our SOF capability. Given our limitations in terms of resources and employability, we must play smart and establish an agile and flexible architecture that ensures we meet all our operational requirements, while at the same time avoiding establishing bureaucratic silos and duplication of capabilities, visible elsewhere. While military reorganisations tend to be carried out incrementally, given the nature of operational commitments, in the context of our SOF, the necessity for transformative changes is inescapable.

History tells us that our political leadership and bureaucracy, both civilian and military, are extremely averse to change as we are inclined to aggressively protect our own turf. However, as SOF will play an increasingly vital role in protecting our national interests in the future, it will be logical to reorganise them in the manner that they not only meet our future needs without the need for additional changes, but also show the way forward in enhancing tri-service jointness.

This will only be feasible, given the entrenched views that exist, if it is a top-driven exercise initiated at the highest level. The military leadership has choices to make. It can either remain wedded to age-old perceptions and ignore the need for change or it can take the initiative and turn it into a modern military that we deserve and can be proud of.

That we are fated to repeat our follies, till we are willing to learn from history, is an old adage that’s best not forgotten. A repeat of 1962 is the last thing that our political, military and bureaucratic leadership would wish upon themselves.

(The writer, a military veteran, a consultant with the Observer Research Foundation and a Senior Visiting Fellow with The Peninsula Foundation, Chennai)