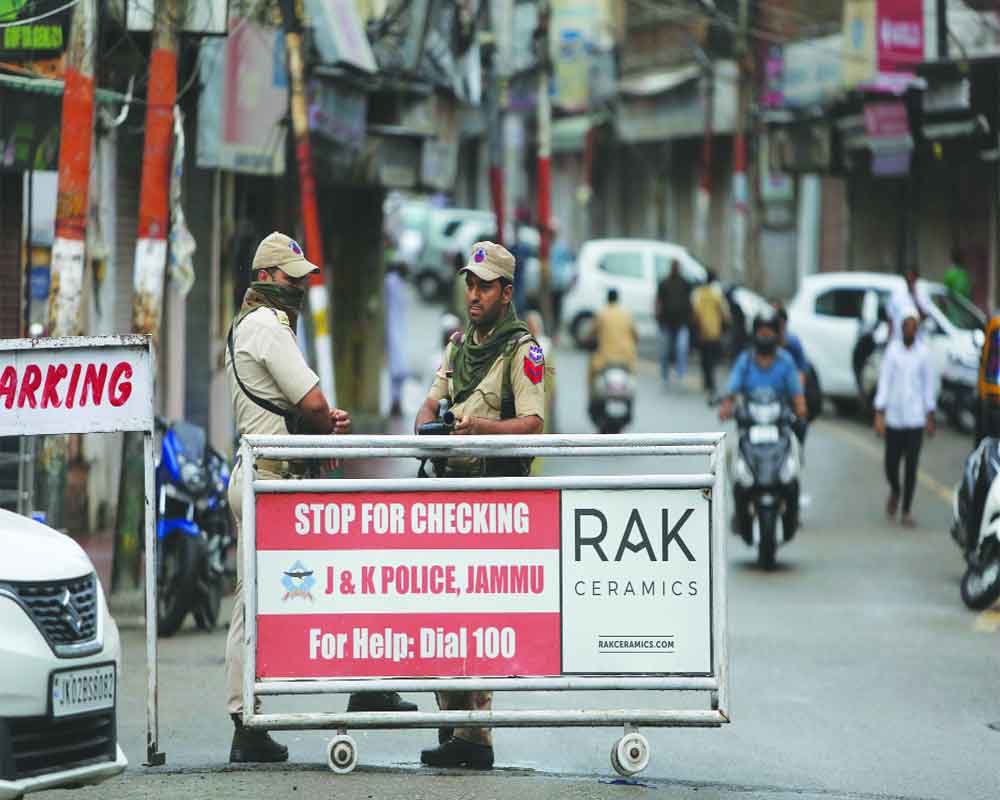 Whether India is considering any principal, definitional or fundamental changes to the IB, LoC and their security would further shape its diplomacy in dealing with international response

The internal reorganisation of the State of Jammu & Kashmir (J&K) into two Union Territories presents New Delhi with a new set of diplomatic challenges internationally, besides possible domestic upheavals in the days to come. To all sovereign democratic nation States in the post-Westphalian order, the causal relationship between internal cartographic reorientation and the need for its justification through international diplomacy is a troubling one. The broader justification for such thoughts is derived from the Charter of the United Nations, which states that “nothing should authorise intervention in matters essentially within the domestic jurisdiction of any State.”

In the latest round of diplomatic offensives, Pakistan has downgraded its diplomatic relations with India, sent back the Indian Ambassador, suspended trade, stopped the Samjhauta Express linking Lahore and New Delhi and partially closed its airspace. Besides, Islamabad has formed a seven-member committee to guide legal, political and diplomatic response to India on the Kashmir decision. Internationally, it has upped the ante on diplomatic outreach to the United Nations — promising to take the issue to the United Nations Security Council (UNSC), and has tried to involve the leaders of Malaysia, Turkey and the United States, besides reaching out to the Organisation of Islamic Countries (OIC). The question is how much will these efforts create a space for international mediation on Kashmir?

The measured response from the UN and the OIC and balance from Turkey and Malaysia depict that most countries would be careful in wading into this complex bilateral issue. Earlier in March this year, India categorically rejected the OIC’s criticism on Kashmir saying, “We reaffirm that Jammu & Kashmir is an integral part of India and is a matter strictly internal to India.” At least two OIC countries — Maldives and the UAE — have termed India’s decision an internal matter. The United Nations remains guarded in its harmless standard tone, “exercise maximum restraint” and the UN Secretary General spokesperson has declined to comment on India’s decision to scrap the special status of Jammu & Kashmir.

If anything, the response shows that the UN is aware of its limitations in internal matters of countries and that it wouldn’t want to pre-empt a diplomatic response from India, possibly in the downgrading or diluting the role of the UN Military Observer Group in India and Pakistan (UNMOGIP) — a body established in 1949 to observe and report on ceasefire violations along and across the Line of Control (LoC) and the working boundary in Jammu & Kashmir as well as report developments that could lead to ceasefire violations.

Moreover, questions remain on the nature of impact, if any, that the decision to internally reorganise Jammu & Kashmir will have on the International Border (IB) and LoC. Whether India is considering any principal, definitional or fundamental changes to the IB, LoC and their security would further shape its diplomacy in dealing with international response. Although the decision to remove special status of Jammu & Kashmir wouldn’t necessary solve India’s problems of cross-border terrorism and other sub-conventionally destabilising efforts from Pakistan, it has the potential to reshape internal and border security in a manner that raises stakes for such activities significantly in the future, especially in the light of federal handling of Jammu & Kashmir’s security.

So how did we navigate major powers? There is enough convergence that Pakistan’s attempt to bring the US as a mediator in the Kashmir bilateral dispute once again might have triggered or at least hastened India’s decision on Jammu & Kashmir. President Trump’s offer to mediate between the two countries is a

result of Pakistan’s repeated attempt to internationalise the issue in violation of the existing mechanisms, which forbade internalisation. The US State Department’s clarification that India did not inform it before taking the big decision together with lack of any directed

First, it vindicates India’s stand that the decision is an internal matter. Second, it is indicative of India’s independent decision-making and strategic autonomy despite close ties with the US. The only way in which the US’ much-needed clarification on India’s decision can be explained is the signaling to Islamabad that Washington officially hasn’t sided with New Delhi on the decision. This signalling is important for the short-term interests of the US-Pakistan relations in solving the Afghanistan imbroglio and comes as a face-saver for the visit of the US Assistant Secretary for South Asia Alice Wells that was underway.

The creation the Union Territory of Ladakh has drawn strong opposition from China, followed by India’s strong rejection of its concerns. Ladakh borders Tibet to the east, the Lahaul and Spiti regions to the south, the Kashmir Valley, Jammu and Baltistan regions to the west, and the southwest corner of Xinjiang across the Karakoram Pass in the far north. It borders Aksai Chin, which both India and China claim. The recent decision places Ladakh in a contested geography with federal security structures, further complicating border talks between India and China.

While its new status provides an opportunity to view Pakistan-occupied Gilgit Baltistan and China-occupied Aksai Chin as two distinct conflicts, China’s opposition is likely to continue. As such, in the broad spectrum of international ripples created by the recent decision on Kashmir, China’s opposition is likely to test New Delhi’s diplomacy in the most challenging way.

(The writer is Visiting Fellow at the Stimson Center in Washington D.C & Deputy Director Kalinga Institute for Indo-Pacific Studies)