India can survive a plastic ban

India can survive a plastic ban 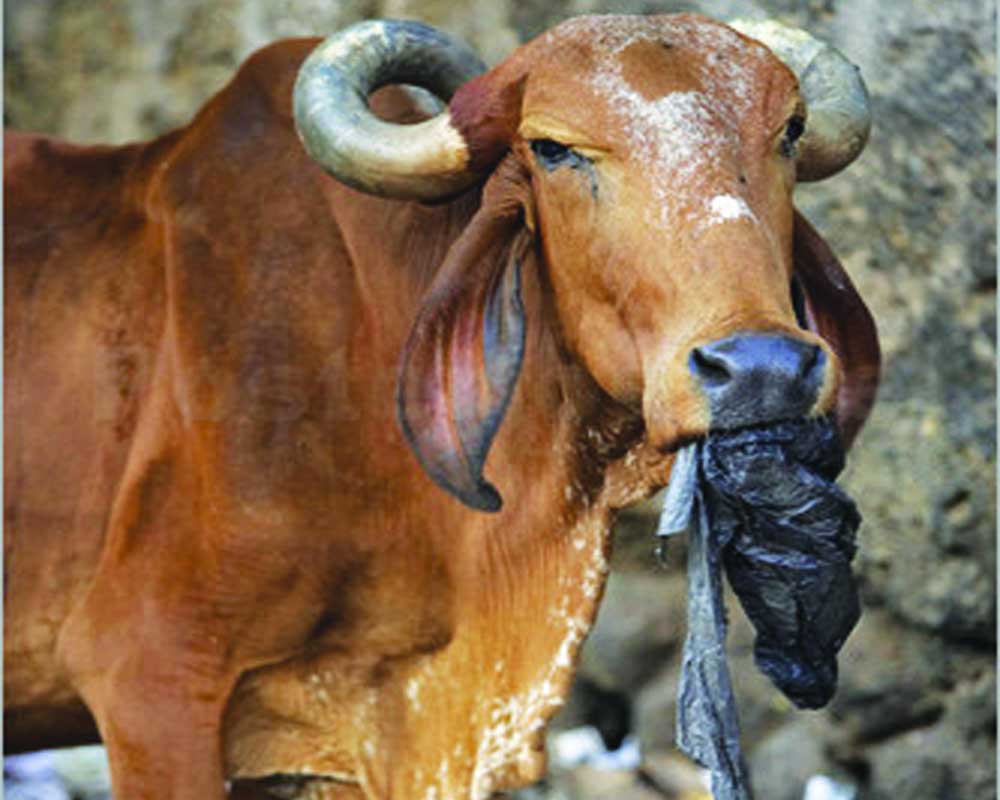 Prime Minister Narendra Modi’s recent announcement that India would phase out single-use plastics by 2022 has given the industry a few more years to live but has deprived the environment of that many years of freedom from this toxic material.

Experts were elated when Modi had declared from the ramparts of the historic Red Fort on August 15 that single-use plastic would be banned soon, as it had raised expectations of a major respite for the environment. However, the euphoria was short-lived and obviously pulling the plug on a widely used item on a short run-up would have been difficult, particularly in the current dismal economic scenario. Having said this, India would have done well to have put the ban on a fast track as single-use plastics are a prime threat to the environment due to the sheer volumes in which they are used. And, in the absence of a strict disposal policy and set-up, the accumulation of this toxic substance is spiralling beyond belief.

As a result, not only are birds, animals and even aquatic creatures suffering after unknowingly consuming the substance that chokes them and also blocks their intestines, humans are suffering as micro-plastics enter their bloodstream. Single-use plastics block gutters and storm drains, creating many civic problems.

The worst example of single-use plastics is the multi-layered packaging used for storing tobacco products like gutkha. Many other eatables like chocolates, biscuits, chips and liquid food products are also packed in them.

India has been toying with the idea of banning single-use plastic for a long time but has always stopped short of biting the proverbial bullet. On World Environment Day 2018, the then Environment Minister Harsh Vardhan had announced that single-use plastics would be phased out by 2020. Later, that deadline was revised to 2022, no doubt under pressure from industries who have been up in arms against the ban.

This is characteristic of an economy that puts prosperity ahead of environmental well-being. Industry bodies like the Federation of Indian Chambers of Commerce and Industry (FICCI) had raised major concerns over the proposed ban. These bodies, working at lightning speed, had churned up statistical reports on how a ban on single-use plastics would have multi-factoral effects on industries. It presents a curious case as to why these bodies never thought of bringing out  reports on how single-use plastics were causing harm to the environment. Industry bodies have had ample time to coordinate with stakeholders and begin a meaningful research on alternatives for plastic packaging. But instead of this, these bodies are now lobbying for further postponing the ban. This raises a pertinent question as to who is batting for the cause of the environment? Could industry bodies not have worked closely with the Government and the corporate sector and found a viable alternative to plastic till now?

The Government and the National Green Tribunal must pull up these bodies and ask for clarification on the one-sided reports presented by them instead of capitulating to their demands and postponing the ban. Unfortunately in India there is no apex non-profit representative body that fights for the cause of the environment. As a result, nature has always and will continue to “adjust” with everyone’s requirements. This flexibility might mean the ultimate demise of the world as we know it today. But then, who is bothered? Not our political masters for sure.

The Father of the Nation, Mahatma Gandhi, always relied on mass movements as the basis for behavioural change. This is what we need today, a mass movement that can inspire the common man to do what neither the Government nor the corporate sector is able to do, bat for the environment with no intention for profit and no strings attached.

Once the people of the country begin the movement for a better and cleaner environment, the vested profit-based interests will have to take a backseat. The Government, too, will have to acknowledge that since a clean environment is a basic right of every citizen, it must take priority over other concerns raised by various pressure groups.

The image of the Government will also improve in the eyes of the common man when it prioritises the health of the people over the health of balance sheets of the corporate sector. A ban on single-use plastic is a step in the right direction. But delay in implementation of the same is an evidence of the lack of concrete resolve. If India could withstand demonetisation that was implemented overnight and weather Goods and Service Tax-related complications, can it not manage without single-use plastics? It sure can. But the resolve of the people is ineffective without the will of the Government.