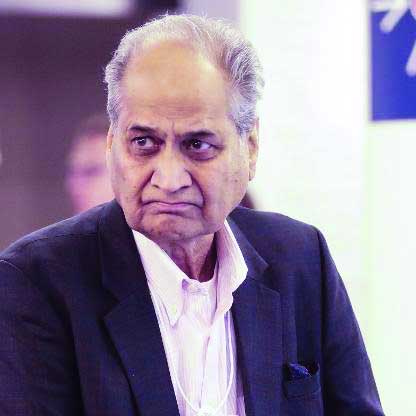 Is Rahul Bajaj right, are Indian corporates too afraid to speak out against this government? Or is this just par for the course?

Anyone who has covered the Indian automotive industry over the past four decades would know that Bajaj Group chairman Rahul Bajaj is never afraid of speaking his mind. Nor does he ever mince his words even if they fly in the face of popular perception and common sense. For years, when he was a Rajya Sabha MP, members counted on him to deliver a quote on issues that would make the Government of the day not only angry but also make his political backers, the Shiv Sena, the Nationalist Congress Party (NCP) and the Bharatiya Janata Party (BJP) blush. Bajaj has been an enfant terrible of Indian industry for decades — one must never forget that he was a champion of protectionism and led the counter-revolution against the liberalisation of the Indian economy in 1991, which was started by former Prime Minister PV Narasimha Rao and the then Finance Minister Manmohan Singh. Thankfully, the Government in power then did not take him seriously beyond a point. The present Government, too, should not beyond respecting his expression of concern. In fact, one can safely make the argument that Bajaj’s contribution over the past couple of decades is the realisation that his two sons — Rajiv and Sanjiv — are intelligent and capable managers. Both have been running Bajaj Auto and Bajaj Finance successfully. Even though Rahul Bajaj’s comments on an atmosphere of fear before Union Home Minister Amit Shah have set tongues wagging, people have risen to defend both the Government and him, depending on their point of view.

The very fact that he could speak up is an indication that some industrialists are now vocal about criticising the Government. But Bajaj and Kiran Mazumdar-Shaw are exceptions because they can afford to be so. Both run firms without which the Government’s “Make In India” programme would have been an abject failure. We should carefully weigh such criticisms lest they be motivated but the fact is that some industrialists are speaking out simply because of the decelerating state of the economy and their worries are warranted. Consumer demand is down as is the ability for any sector to create jobs. The Government and its Ministers have to be made aware of these facts time and again because there is a crisis and there is no point pretending that there isn’t one. We have been told numerous times that India has a “demographic dividend” but with every passing day it looks like a “demographic burden” instead. It is not just enough to criticise the Government though the Opposition has been doing this for months. It is time for the industrialists to come up with ideas. The Government, too, must listen to them to get the country’s growth back on track. An economist, Puja Mehra, titled her tome on the UPA-era and Modi 1.0 as “The Lost Decade (2008-18): How India’s Growth Story Devolved Into Growth Without a Story” but at the rate things are going right now, she might need to modify it by adding an “s” at the end of “Decade.”