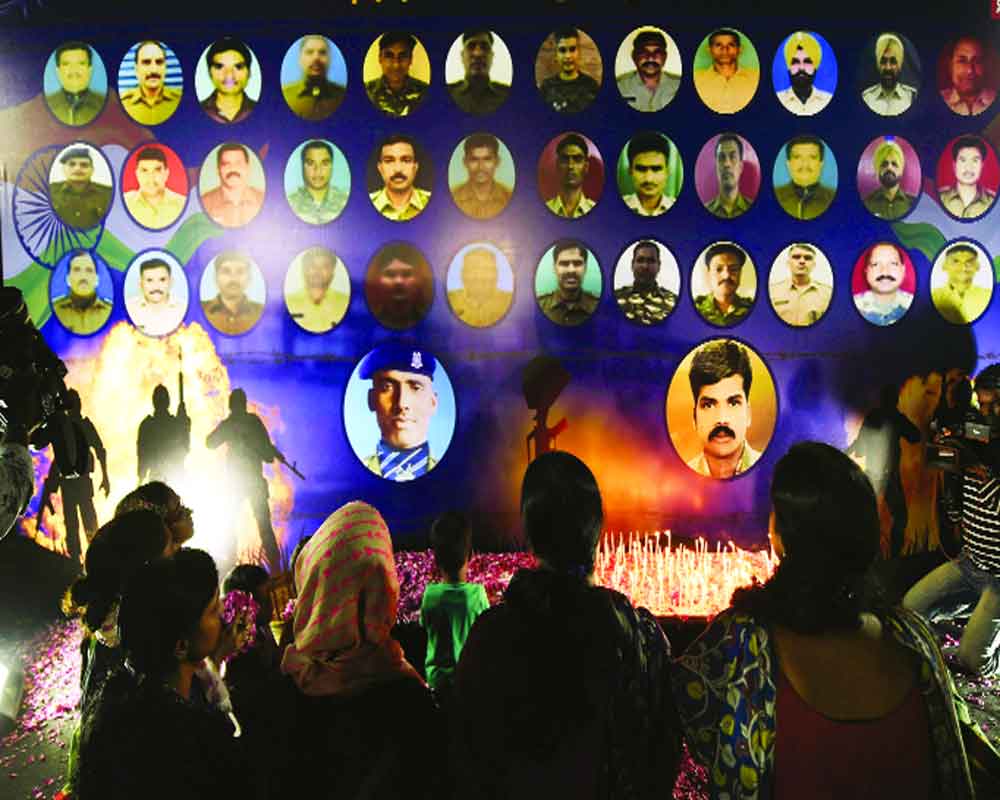 Pulwama was the tipping point. The anger it has fuelled among Indians is unlikely to abate. Pakistan must take note that it is no longer dealing with a tolerant and patient neighbour

The firm measures initiated by the Modi Government against Pakistan after the dastardly terrorist attack on a Central Reserve Police Force (CRPF) convoy in Pulwama on February 14, including the withdrawal of the Most Favoured Nation (MFN) status, imposition of a punishing 200 per cent duty on goods imported from that country and the decision to cut off the flow of excess Indus waters, has been hugely appreciated across the country.

Apart from all this, the Modi Government’s all-out diplomatic offensive against Pakistan and its success in getting the United Nations Security Council, including China, to condemn Jaish-e-Mohammad and Pakistan has been hailed for its decisiveness and speed — quite a contrast to the faint-hearted and aimless responses of the foreign office when  Nehruvians ruled the roost.

These measures and others, which are to follow, constitute India’s first clear signal that “enough is enough” and that the era of pusillanimous responses to Pakistan’s belligerence is over. It will also silence all those who felt that war is the only option or those who argued that war is no option.

Nation-wide protests against Pakistan and the unprecedented demand that we must avenge the fidayeen attack that claimed over 40 lives in Pulwama are clear pointers to the fact that Indians have now completely run out of patience and want firm measures to contain the terrorist-State across the border. The nation has seen hundreds of spontaneous marches in villages, small towns and the metros since the attack with student bodies, professional groups, Residents’ Welfare Associations and Traders’ Associations taking the initiative to organise these protests. These are not rallies and protests sponsored by political parties or social organisations. They are just impromptu manifestations of public outrage at the loss of lives and boiling anger over the never ending cross-border terrorism engineered by Pakistan.

But the most significant change is that  “revenge” has now entered the Indian lexicon for the first time after Partition and this universal demand for retribution is certain to have its impact on the decisions that the country’s political and military leadership will take in the aftermath of Pulwama.

India has never before witnessed such a nation-wide cry to settle scores.  Although there have been dozens of incidents in the past, including the infiltration of the so-called tribesmen into Kashmir in 1948, the wars of 1965, 1971 and 1999, the attack on Indian Parliament, the terrorist strike in Mumbai and the Army camp in Uri, India’s political leadership always succeeded in cooling tempers and giving the people the hope that Pakistan would one day mend its ways and become a good neighbour.

It is also true that a small but influential minority of peaceniks in Lutyens’ Delhi — a kind of pro-Pakistan lobby — has always pushed the Indian establishment towards “talks” after each war or terror strike. Currently, the national mood is so inflamed that this lobby, barring some foolish members, has virtually closed shop.

Pakistan must take note of this. It is no longer dealing with a tolerant and patient India which was dulled into believing that the pursuit of peace was the only option “because you can’t change your neighbours” or “you can’t change geography.”

Apart from these shibboleths, in the post-1999 phase, the Lutyens’ pro-Pakistan lobby has consistently tried to weaken India’s resolve by reminding us that Pakistan is a nuclear state. To the best of my knowledge, not one member of this club has ever told Pakistan that India is a nuclear state and that should India ever use the nuclear option, Pakistan would cease to exist!

Today, Indians believe that it is possible to change geography, in the sense that while the land across the border will remain the same, the boundaries can get altered and the nomenclature of the neighbour can change. After all, did not ‘East Pakistan’ evaporate one day?

The dismemberment of Pakistan in 1971 has been so complete that the current generation of Indians has to be reminded via history books in schools that Bangladesh was once a part of Pakistan and that it came into being almost a quarter century after independence.

In any case, Indians have completely run out of patience. India is the second largest nation in the world in demographic terms and it is a nuclear state and has the fastest growing economy in the world. But much more than all this, the Pakistani establishment must factor in the changing national mood in India and the intensity of the feelings against Pakistan. This mood can only be appeased by actions taken by the Indian establishment, which the people will construe as avenging the proxy war being carried on by Pakistan. Until then, this mood will not abate.

Pulwama is the tipping point. There is no going back to the days of “you can’t change your neighbours.” This message is going out not just to the country’s political leadership but to everyone else — cricket aficionados, Bollywood, the music industry, businessmen, traders and agriculturists.

The Lutyens’ pro-Pakistan lobby must now shut shop and stop cribbing about Pakistani actors or singers being asked to return home. The Board Of Control For Cricket In India must take note of national sentiment and cut off all cricketing ties with Pakistan. To begin with, all Indian Premier League (IPL) teams, which have hired Pakistani cricketers, must be asked to cancel their contracts. In fact, IPL team owners ought to do this on their own.