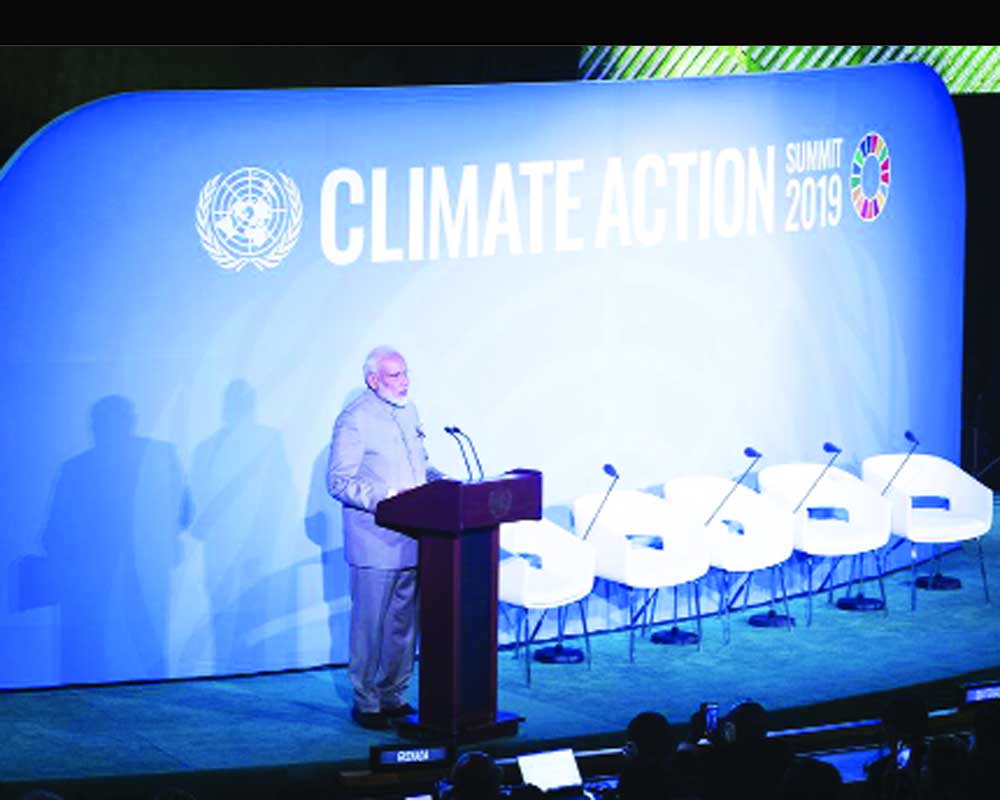 Environment change summits have become annual high-visibility events where discussions and debates are held and pledges are taken by countries, but thereafter it is business as usual

Delhi’s trial by pollution is akin to a trial by fire for all the citizens, especially the elderly and children. The days are exceedingly smoggy and sunlight is disappearing among various layers of harmful pollutants in the atmosphere.

Apart from man-made reasons for pollution, the fact that humans are not taking serious and effective action is damaging the environment more and strengthening the devastating effects of climate change.

The glaring deficiencies in action arise when climate-related pledges are undertaken but seldom executed in all seriousness. This aspect of the fight against climate change has come out in a recent report titled the Truth Behind the Climate Pledges, released on November 5 by the United States-based Universal Ecological Fund. Fundación Ecológica Universal (FEU-US) is a partner of the older Argentinian organisation with the same name. The report disclosed that during the course of the research, it was found that almost 75 per cent of the 184 pledges made by various countries under the Paris Agreement were insufficient to slow climate change.

The report classifies pledges, which commit to reducing 2030 emissions by over 40 per cent compared to 1990 levels as “Sufficient” and 20-40 per cent reduction pledges as “Partially Sufficient.”

The only countries that could qualify for carrying out their pledges in a sufficient manner were 35 in number. Out of these 35 nations, 28 belonged to the European Union and seven were other nations.

This shows the wide disparity in efforts and how seriously these pledges are being taken and followed up. But there is a different kind of disparity at work here, too. The EU and the USA, with their share of high historic emissions and being developed nations, have financial and other resources as accumulated wealth at their disposal and as a result are able to do much more to mitigate climate change on the same platform. This advantage the developing nations do not have. As a result, there is glaring disparity between what the developing world can achieve against their pledges and what the developed world can showcase as efforts taken under their pledges.

The international community must recognise this imbalance and set out to find a formula that empowers all to take equal measures and actions. Climate justice also demands that historically rich emitters must shoulder a substantially higher share of that burden to reduce climate change.

India, in its role as an emerging economic power, must highlight and champion the cause of the inequitable conditions at the global climate change mitigation forum. As a part its effort, the Indian leadership must make a strong case of how the developed nations must come forward in not only doing more than the developing world to slow down climate change, but must also assist the emerging nations on advisory and resources support wise and help fight the advance of climate change.

Climate summits have become annual high-visibility events where discussions and debates are held and pledges are taken but thereafter it is business as usual.

This has to change and India can and must become the catalyst that brings about this awakening and change because a pledge taken has to be kept, especially if it is taken for mother Earth.