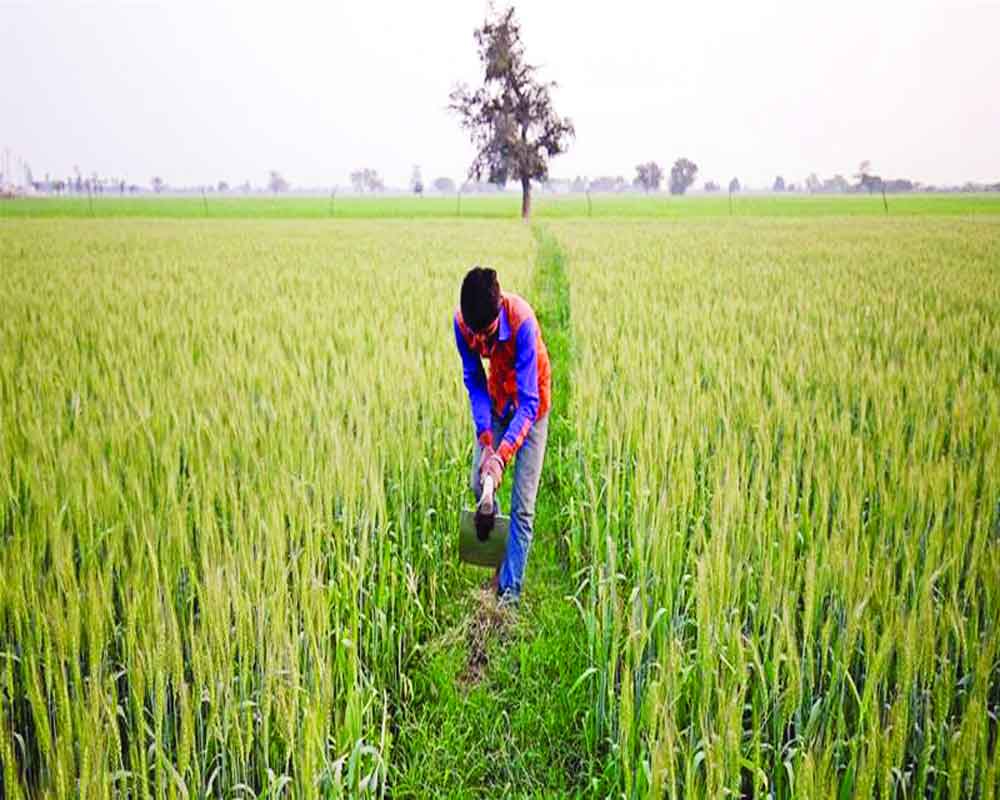 Agriculture Minister Radha Mohan Singh has asked the farmers’ associations to wait, adding that this time, the Government will announce something big in the Budget. There is speculation that the Government might give direct benefit of subsidy per acre of land and up to Rs 2 lakh interest free loans to farmers. The Government is also mulling over the demand of pension for farmers

A tradition is followed when the Interim Budget and Vote on Account are presented in the election year. The Government seeks permission for expenditure for the months from April to July and doesn’t make any announcement over policy related matters. But this time, it is likely that the tradition will be broken as the Government has given many indications in this direction. Agriculture Minister Radha Mohan Singh has asked the farmers’ associations to wait, adding that this time, the Government will announce something big in the Budget. There is speculation that the Government might give direct benefit of subsidy per acre of land and up to Rs 2 lakh interest free loans to farmers. The Government is also mulling over the demand of pension for farmers.

The Government has also hinted that tax relaxation could be announced in the Interim Budget itself. At present, the tax relaxation limit is up to Rs 2.5 lakh; the Government might increase it. It is noteworthy that the Government has recently made a law to ensure 10 per cent reservation for the poor among forward classes. To benefit from this reservation, one’s income should not be more than Rs 8 lakh per annum. That means if your income is up to Rs 8 lakh per annum and you are from a forward caste, you and your family can avail the benefits of reservation. But you will have to pay tax if your income is Rs 2.5 lakh, and at the same time, you will be considered poor if your income is Rs 8 lakh.

The third big decision might be over the minimum income. The Government is gearing up to execute the policy of universal basic income. Under this policy, the Government will transfer some amount to the accounts of the poor. So, the Budget may be interim, wherein permission will be taken for the expenses of three months, but three big policy related announcements for farmers, middle class, and the poor might be made. The Opposition will certainly create ruckus, but it’s highly unlikely the Government will stop.

It seems that drama in Karnataka is over and the Congress MLAs are not joining the BJP, at least for now. On January 18, the Congress held a CLP meeting where all MLAs were present, barring four. Later, all BJP MLAs also returned from the resort and BS Yeddyurappa said he would never try to destabilise the Congress-JDS Government. Though there is no immediate danger, new suspense has crept in. It is being said that the four Congress MLAs will join the BJP after resigning from the House. The BJP is thinking about the possibility of President’s rule and fresh elections after the resignation of some more MLAs from the Government side. There is speculation that mid-term elections might be held in Karnataka before the present Government celebrates its anniversary. The BJP leaders are of the view that if the Assembly Elections are being held along with the Lok Sabha polls, then the Congress would not go into an alliance with the JDS. If that doesn’t happen, both parties will go together in the Lok Sabha polls.

Suspense is also building up vis-a-vis Haryana, where the Assembly Elections are scheduled in October this year. However, the BJP is gearing up for elections along with the Lok Sabha. The party has its eyes set on Jind byelections scheduled for January 28. If it fares well, then the party can think of elections before schedule. It must be noted that Jind elections have become high profile as the Congress has roped in its media in-charge and MLA from Kaithal, Randeep Surjewala. At the same time, Digvijay Chautala, grandson of OP Chautala, is also in the race as an Independent candidate. The election is being considered big from the Jat vote bank point of view.

Maharashtra and Jharkhand are set to go to the polls at the end of this year. But the BJP has managed to build suspense in both States, where it is gearing up for elections before schedule. The BJP thinks that the Congress, JMM, JVM, Left, and RJD will go together in the Lok Sabha polls but will fight separately if the Assembly Elections are held simultaneously. Recently, Jharkhand CM Raghubar Das told party leaders to gear up for the Assembly polls along with Lok Sabha Elections. And that is why the Opposition parties are on edge.

On the other hand, the BJP is trying its best to go into an alliance with the Shiv Sena, which is in the mood for hard bargaining. The Sena either wants the old formula or wants half the seats in the Assembly Elections along with the CM post. In this scenario, if the Assembly Elections are held along with the Lok Sabha polls, then alliance with the Shiv Sena will become more difficult. That is why the BJP is preparing another strategy for Maharashtra. However, there is one problem in holding simultaneous elections in Karnataka, Haryana, and Jharkhand. Elections in five States — Odisha, Andhra Pradesh, J&K, Arunachal Pradesh, and Sikkim — are already scheduled with the General Elections. If two or three States are added, the Election Commission will need more EVMs, which is not possible right now.

In Goa, the BJP alliance is facing hurdles, as two partners are said to be unhappy. The Maharashtrawadi Gomantak Party (MGP) has announced that it would field its own candidate for the byelections for two seats. The BJP will also fight on these seats. The byelection is crucial for the BJP as it wants to move ahead of the Congress to end instability in the State. After the resignation of two Congress MLAs, both parties have 13 MLAs. The Congress had earlier won 16 seats. When Vishwajeet Rane left the party, the Congress came down to 15 MLAs. Some time ago, two more MLAs from the Congress tendered their resignation. Now, byelections will be held on those two seats. The MGP leader Deepak Dhavlikar, who is supporting the Government, has announced that he will fight the byelections. Deepak’s brother, Sudhin Dhavlikar, is demanding the CM post for himself. So, this is certain that if the MGP goes into the byelection, the BJP’s equation will go haywire. If the Congress wins the two seats, the State Government will become unstable. There is already uncertainty over CM Manohar Parrikar’s health, and Subhash Welingkar — who was the RSS chief in the State — has also demanded his resignation.