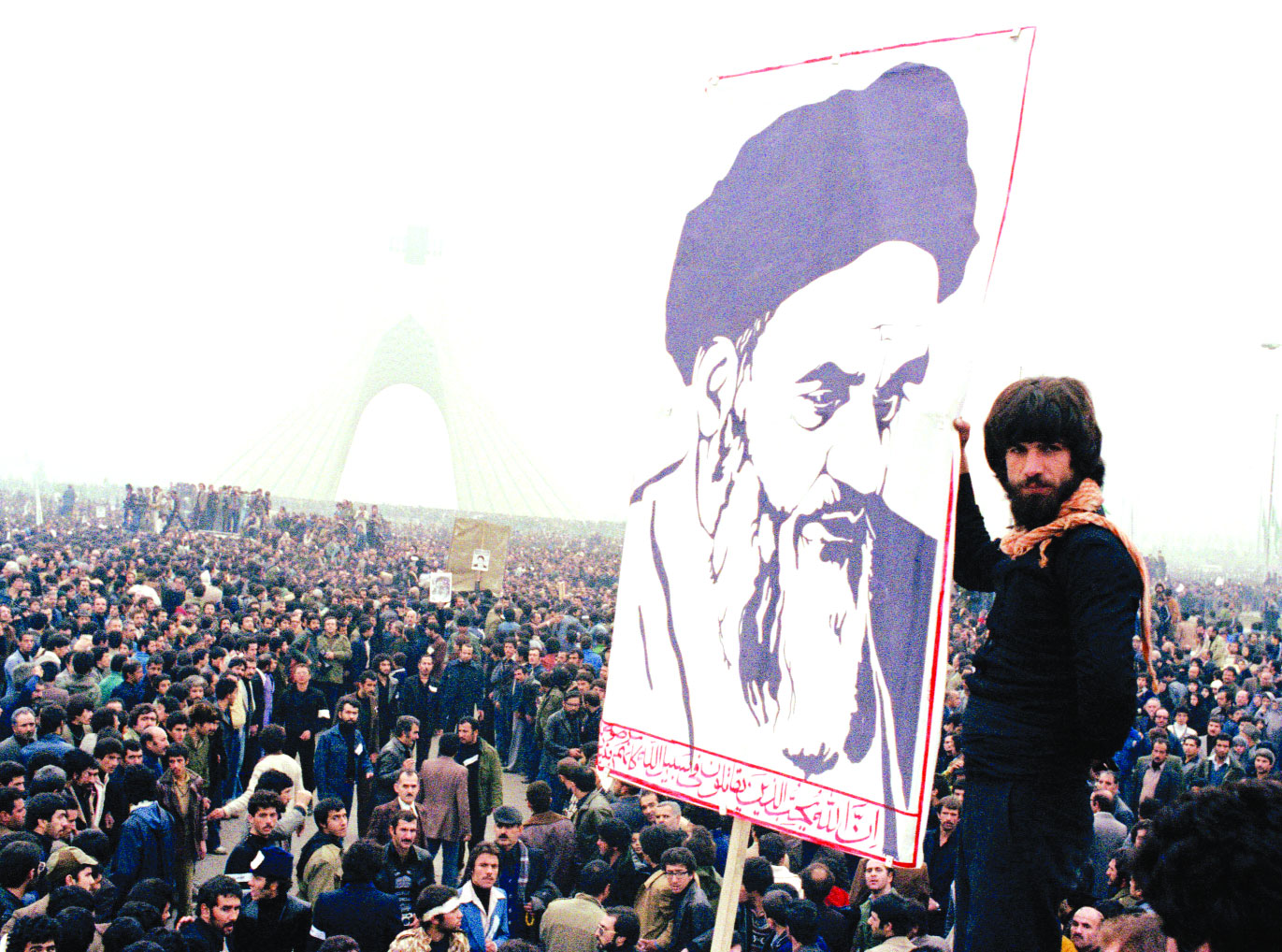 Much beyond Ayatollah Khamenei’s rhetorics against the West, Iranian President Hassan Rouhani needs to focus on his domestic issues and address the simmering grievances of the people so that they feel assured that ideals of the 1979-Islamic Revolution is not a mirage

The Islamic Republic of Iran has celebrated 40 years of the completion of its historic 1979 Revolution which brought forth a new era — the beginning of the Khomeini regime and the departure of the Pahlavi dynasty from the political scene of the country.

On February 1, that very year, Sayyid Ruhollah Mousavi Khomeini, popularly known as Imam Khomeini landed in Tehran from his long exile in Paris. He is believed to have been received amid revolutionary cheers by one of the largest crowds in history.

With this, what descended in Iran was a brand new rule of the clerics under the guidance of Supreme Leader Khomeini on the basis of the principles of rule by Islamic jurists known as “Velayat-e Faqih”.

The Islamic Revolution gained momentum from January 1978 till February 1979, leading to numerous events aiming to overthrow the pro-western Pahlavi monarchy.

Particularly, the leftists and the liberals who supported the revolutionaries to oust the autocratic Shah, in fact, misjudged Khomeini and his core clerics. He and the rest of his unelected mullahs did never go back to the holy city of Qom permanently as it was expected. During the initial days of his reign, many of the secularists, prostitutes, homosexuals, adulterers and Shah’s officials were executed to clean up the country.

It was all justified in the name of purifying the new revolutionary state. By violating the revered principles of “Vilayat-e Faqih”, he selected then President Ali Khamenei as his successor.

The current Supreme Leader and his regime, which possess enormous powers to directly control the elected President and the rest of the Government agencies, has been keeping a tight rein on the ordinary Iranians.

Thus for many, the commemoration exhortations of the Revolution are simply an annus horribilis. Khomeini and his followers, whom many call as “The Beards”, have changed the course of history of Iran. And they led the country to a direction that provoked sharp western reaction and rivalry in the following years. The defiant clerics indeed set the tone for a new war game on the sectarian lines, claiming Iran as the new leader of the Shias, countering the region’s Sunni leadership headed by Saudi Arabia.

One Saudi journalist once described that these two countries are intractable enemies — “fire and dynamite”.

Since the establishment of the Islamic Republic, Tehran has made serious attempts to export its revolution in the region. It has been alleged that successive regimes have used diplomacy, the Islamic Revolutionary Guard Corps (IRGC) and subordinate organs of the state to spread the Shia doctrine to counter the growing fundamentalist influence propagated by Sunni nations in West Asia.

The IRGC’s wings such as the Baseej and the Quds forces, numbering millions today operate in Lebanon, Syria, Iraq and Yemen. At home, the Guards literally control almost all aspects of society. Its involvement beyond the region is strongly felt, particularly in Central Asia, Latin America and widely in Africa.

It is argued that Iran is using its soft power and substantial resources to expand its zone of influence in reshaping African Islam and the continent’s political climate. Africa is strategically important for Tehran because nearly 45 per cent of its people are Muslims. So to extend the country’s quest for dominance in the Muslim world, engagement with African populace both through religious forays and financial support is a must.

While Iran is celebrating its grand achievements of the Revolution, it is worth looking into the pros and cons of rising protests in the country. Why people are wary of the current political system? Are they searching for an alternative or demanding vital changes in the status quo? Iran has witnessed historic protests, bringing tens of thousands to the streets across the country. These protests have marked the worst scenes of unrest since the controversial elections of 2009 when millions came up and demanded justice known as the Green Movement.

As of now public resentment is primarily vented against the clerical leadership and President Hassan Rouhani’s commitment towards some of the vital foreign policies. Simply put, these outbursts have clearly exposed a political miscalculation by the hardline opponents of President Rouhani who mainly wanted to discredit his economic policies.

But then the public anger has spilled over taking the shape of a second Iranian revolution. What started off as a protest spurred on by deteriorating economic conditions and inflation in prices of basic goods have finally given warning signals both to the current regime and to ageing Khamenei.

Initially, Iranians came up to raise their voices against Rouhani’s plan to raise fuel prices in an attempt to lower Government debts. And this all came on top of increasing unemployment of the young people, estimated to be over 40 per cent across Iran. Set against this downward economic spiral, common people are angry at massive spending on war games around the troubled conflict zones of Syria and in Africa.

Also people are tired of decades of continued support extended to the Lebanese Shia militia group called Hizbollah. The young people are seriously concerned about the high cost of living in Tehran.

It is interesting to note how the rest of the world has reacted to the sudden outbursts of public anger in Iran. Two US Presidents — Barack Obama and Donald Trump — have raised alarms. When the 2009 protests broke out, Obama reacted cautiously saying a forceful American intervention (reviled as the “Great Satan” by the Iranian revolutionaries) could make America, a rallying cause for the clerics. But then the boisterous Trump and his Vice-President took no time to side with the protesters.

Trump and his Administration are gleefully rooting for regime change in Iran, which could be potentially dangerous for the entire region. Beginning of this year, he tweeted, “Iran is failing at every level despite the terrible deal made with them by Obama administration. The great Iranian people have been repressed for many years. They are hungry for food and for freedom. Along with human rights, the wealth of Iran is being looted. Time for change.”

Around the same time, Russian President Vladimir Putin says these demonstrations are internal affairs for Iran and external interference is unacceptable.

Those young protesters, who are still treading in that revolutionary vineyard, can definitely find it going tough amid crude repression and severe surveillance of the security forces. Crying foul against Rouhani regime and Khamenei fiefdom may not help the commoners immediately. Rooting for sudden upheaval and change may seem to be dangerous both for the regime and for the ordinary citizens.

Gradual change, probably through all constitutional mechanisms and an electoral victory of the democratic forces might guarantee a safe future for all. But with millions of orthodox followers of Khamenei and an ever strong IRGC, a total recall of the clerical regime could only ensure bloodshed.

What persists today is an apparent confusion that has strongly confronted Iran since 1979 over how to reconcile the inherent contradictions between the Revolution’s ideological moorings and what exactly demands for an efficient domestic governance system and conducting of global diplomacy.

Iran today braces for evolutionary change. Its constant umbrage at the US and its allies in the region will simply deviate it from the primary goals of the Revolution. The days of “Down with America” may not entice as many young Iranians to support the clerics as it desires. These millennials look for jobs, stability and surely, global connectivity. Mullahs need to understand that the world is fast becoming flat with the onset of globalisation.

What is disturbing for the current regime in Iran is that apart from shouting anti-Government slogans, the distraught people are also reported to have circulated videos saying “Death to Khamenei” in public spaces. However, the veracity of such videos is still not verified by any credible media houses.

Democracy promotion in the Arab world normally embitters relations with the monarchies (those which are long standing allies of Washington) in the region, resulting into an isolation of a large chunk of their population who are vying for more freedom and popularly elected governments. Besides, a largely evident Shia-Sunni divide among the nations and their contest for regional dominance either through clerics or with the support of massive wealth has remained a permanent bone of contention. Today Iran’s closer ties with both Russia and China and a gradual withdrawal of American power umbrella from West Asia may further cause instability.

Much beyond Khamenei’s rhetorics against the West, particularly America, Rouhani, being a democratically elected leader, needs to find the roots of long simmering grievances of the people. What he had promised way back in 2013 during his first term in office is long gone. His slogan of “hope and prudence” around which he galvanised support from the Iranians is fast fading. His simply saying, “Iranians have the right to protest legally” and blaming outside influence over the volley of protesters will not bring an end to this problem. Nevertheless, it is good for him to realise that “The space needs to open up for protest and criticism”.

On the other hand, those who want to impose or rather desire to see the emergence of a western style democratic system in West Asia must realise that stability is more important for many than a liberal leviathan. An Arab Spring kind of an upheaval may not be reassuring for a basic guarantee of life, liberty and living for ordinary people. Complete and sudden recantation of the existing system in Iran may lead to a breeding ground for radical Islamic movements such as al-Qaeda and ISIS.

Equally, extolling Khamenei and his ever expanding clerical regime may further anger the commoners and counter-productive for the revolutionary ethos to sustain.