Is democracy in distress?

Is democracy in distress? 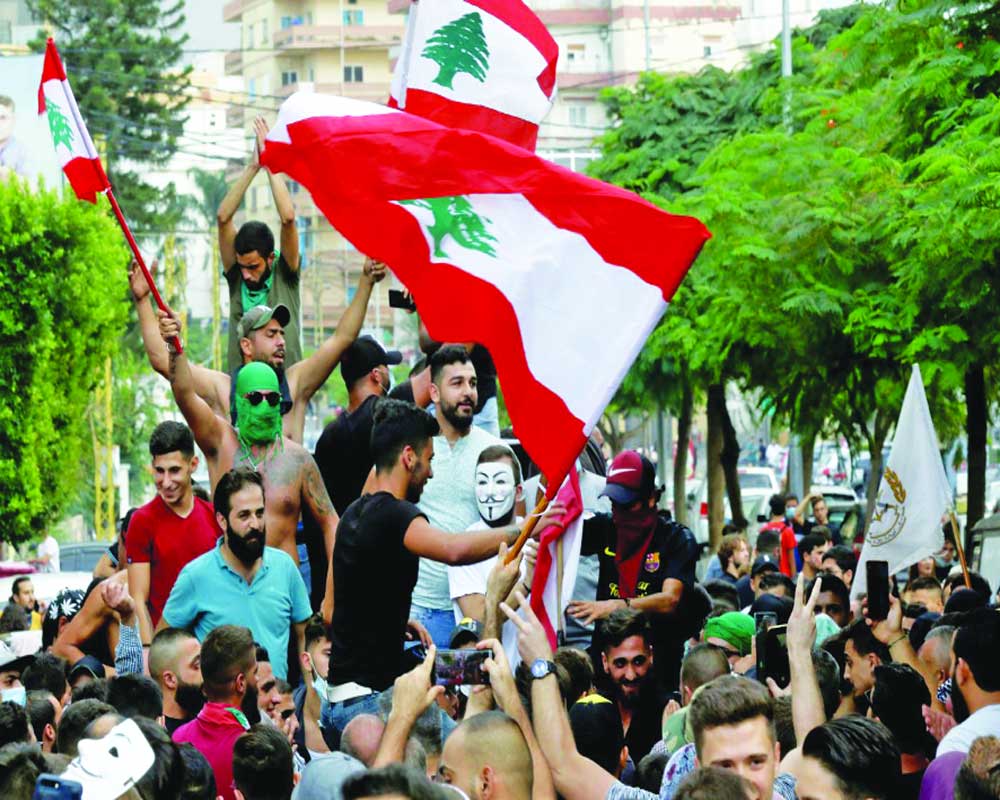 With global recession looming large, today’s protests could intensify, endangering our institutions. Leaders must reflect on the flaws that democracy seems to have developed

In recent months, there has been a spate of demonstrations, often leading to violence in various countries with established forms of democracy. The earliest of these was, perhaps, the so-called “Yellow Vest” protest in France, which began in October 2018. Initially, the motivation for the movement symbolised by these “Yellow Vests” was against the high cost of living and rising fuel prices. These demonstrations involved blocking of roads as an expression of the lower and middle classes protesting against a disproportionate portion of Government tax reforms falling on them. Protests continued unabated every Saturday for several months demanding that French President Emmanuel Macron and his Government resign.

More recently, there has been a series of demonstrations on the streets of Lebanon. Here again, people have gone on a massive rampage involving all sections of society, demanding the resignation of Lebanese Prime Minister Saad Hariri and his Government. Again, people in that country feel aggrieved because of misgovernance involving high prices of food and other products, widespread corruption and a chronic lack of supply of basic services like electricity. At the same time, protests in Iraq against broadly similar conditions have led to violence and several deaths.

Similar protests have recently been spreading from Argentina to Chile. Of course, Catalonia is a special case of a region demanding independence from Spain, where street protests in the city of Barcelona have paralysed the functioning of that city. Unrest and demonstrations have also taken place recently in Equador and the latest upsurge of demonstrations has been seen in Bolivia, where Bolivian President Evo Morales has been accused of rigging an election, which declared him a winner and qualifies him for a fourth term of office.

There is something common in all these protests and demonstrations in countries, which range from established democratic systems to some with less than mature and fragile institutions. The anger of the people is a reminder from an old movie where people screamed, “I am mad as hell, and I won’t take it anymore.”

Analysts, intellectuals and particularly political leaders need to reflect on the flaws that democracy seems to have developed in various countries of the world. There is an obvious disconnect between some leaders and the perceptions and aspirations of the people. The intellectual class has also been at bay in understanding the need of the hour and how policies and plans could be shaped to satisfy emerging expectations.

Sadly, in many nations, a cavernous divide seems to have developed also between those parties in power and those that are in the Opposition. The spirit of bipartisanship, which should guide policies and decisions on the basis of informed debate, appears to have evaporated. Those in power often ride roughshod over the Opposition and those in the Opposition only regard it as their responsibility to oppose everything that the Government proposes or implements. This attitude, combined with the fact that elected representatives are largely out of touch with the people, leads to widespread frustration and anger, which is perhaps the reason behind the protests one sees all around.

Another major factor for the people of various nations feeling disempowered is the influence that vested interests are wielding today in defining policies affecting the public through Government decision-making. The rise of crony capitalism and the power of lobbies representing sectional interests have in many cases resulted in a distortion of public policies and misallocation of resources meant for the public good. We have today a global movement led by Greta Thunberg for action on climate change but the fossil fuel lobby, which is adept at character assassination of those who advocate change, are not even sparing this motivated teenager.

In 2007, this writer had the privilege of receiving the Nobel Peace Prize on behalf of the Intergovernmental Panel on Climate Change (IPCC) and the climate deniers and vested interests went into overdrive by simultaneously attacking the IPCC and the leadership of the organisation on the basis of falsehoods, a practice which has been perfected over time by the tobacco industry. These lobbies are not only powerful but have large-scale resources, which are deployed cleverly, often surreptitiously, for damaging those who advocate change in the interests of society.

A study carried out by the International Monetary Fund (IMF) and published earlier this year states that fossil fuel subsidies, defined as fuel consumption times the gap between existing and efficient prices, remain staggeringly high. According to estimates by the International Monetary Fund (IMF), “Globally, subsidies remained large at $4.7 trillion (6.3 per cent of global GDP) in 2015 and are projected at $5.2 trillion (6.5 per cent of GDP) in 2017. The publication also states, “Efficient fossil fuel pricing in 2015 would have lowered global carbon emissions by 28 per cent and fossil fuel air pollution deaths by 46 per cent and increased Government revenue by 3.8 per cent of GDP.”

Despite the awareness created over the years on the major impacts of human induced climate change, the fossil fuels industry influences decision-making in its favour, completely ignoring the co-benefits of improved air quality at the local level and increased Government revenues, quite apart from the escalating risks from climate change.

The result of these distortions and influence exerted by vested interests is also leading to an alarming increase in disparities of income and wealth between the privileged few and a large mass of the poor. In several countries, while shareholders gain from increased profits, disparities have grown and employment generation does not match the growing number of young job seekers.

The result of the current malaise is that leaders, both on the left and the right extremes of the political spectrum, are positioning themselves as alternatives. They could prove dangerous and compound the problem further. Some influential voices are also questioning whether capitalism as a system is at fault. Gandhiji believed that “Capital as such is not evil; it is its wrong use that is evil. Capital in some form or the other will always be needed.”

Those who preach the virtues of communism or extreme forms of socialism must know that these have been tried in the past and failed abysmally. What is needed is purging the “evil” from the current practice of capitalism. With the possibility of a global recession looming ahead, today’s protests could intensify, endangering our institutions and the very system of democracy. Political leaders and Governments better watch out.