Jokers in the pack

Jokers in the pack 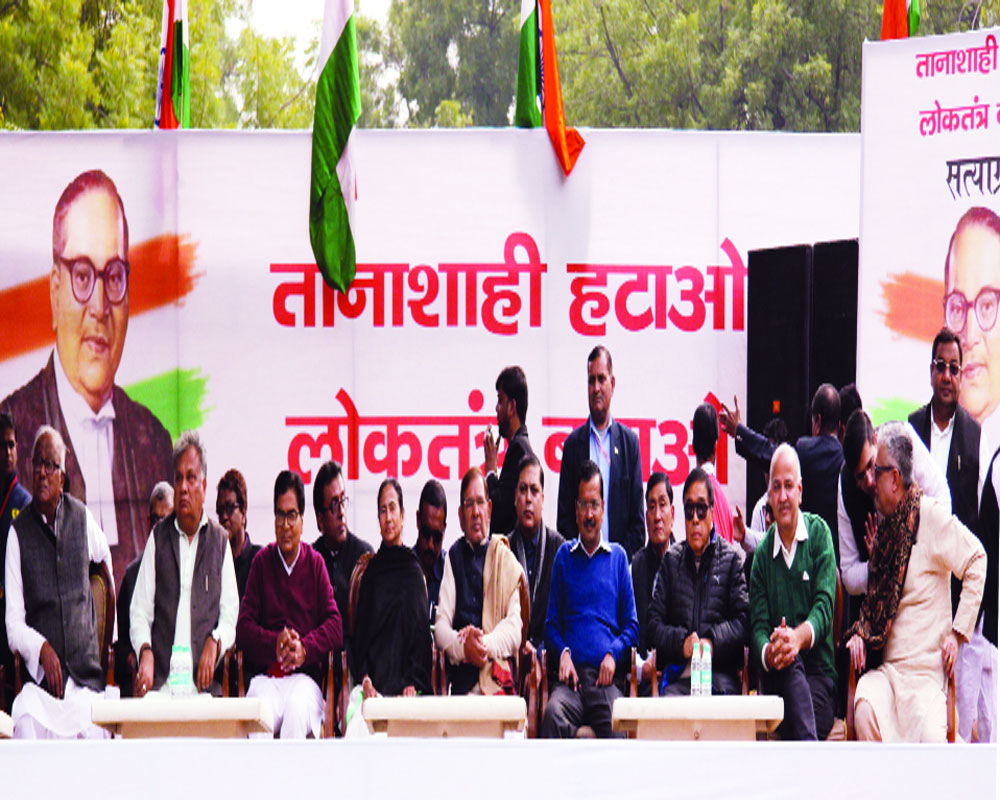 The focus is on the BJP, Congress and Third Front as the main players. But the locus in government-formation is likely to be of smaller parties in/around the NDA

First, let’s get the obvious out of the way. Government-formation after the 2019 general election will depend on the numbers. Not ideology, not alliances and certainly not personal chemistry between political leaders; these will be played out during the election. It’s when the votes are counted that, depending on the tally of various political parties/groupings, it will be decided who will lead the next Government of India.

Naturally, the issue itself will be rendered moot if any of the three players in the fray — broadly the BJP-led National Democratic Alliance (NDA), the Congress-led United Progressive Alliance (UPA) and the still amorphous Third/Federal Front comprising non-BJP/non-Congress regional parties — win 272 seats on their own. That, however, according to every credible, independent opinion poll, is unlikely. We are not arguing that it can’t happen by the time polling day comes along. Just that as of today the consensus among pollsters is that it won’t.

In fact, apart from pollsters and large sections of the media, there is another group of people whose assessment is similar and who are planning their next moves factoring this in. These are the smaller parties in and around the NDA or, as we term them, the potential jokers in the post-poll pack.

There should be no misunderstanding about what is being said. These parties, which bring a different play to the 2019 national electoral game, will quietly fall in behind the BJP as purportedly old and trusted allies or as regional parties resorting to that old trope of offering issue-based support to the party ruling at the Centre in the interest of the State if Prime Minister Narendra Modi leads his party back to power. But they also recognise that’s not the kind of certainty it was a year ago. So, they seem to be preparing a Plan B.

There are two clearly discernible prongs to this political-electoral strategy. For current NDA members, it is to push the BJP into conceding many more seats to its allies than the saffron party would have ideally liked to part with. Ever since the perception has taken root that the Rampant Modi narrative is stuttering thanks to the string of by-election and Assembly poll defeats for the BJP in 2018, this has become a feasible ploy. The concessions extracted by the Janata Dal United in Bihar, where the two allies have split the seats 50:50 despite the BJP having more sitting MPs, is a case in point.

It has also become a template for other NDA allies to emulate, as can be seen in the Shiv Sena arguing for a similar division of seats for Maharashtra with Big Brother BJP. JD-U vice president Prashant Kishore’s highly publicised visit to Mumbai to confabulate with Shiv Sena chief Uddhav Thackeray last week can fairly be surmised to be a part of this effort. Only the Akalis are out of this matrix. And that’s because despite the temptations, the Shiromani Akali Dal leadership, which is the Badal family, shares a close personal relationship with the Narendra Modi-Amit Shah-Arun Jaitley troika and the party still faces residual voter resentment for its decade of alleged misrule in Punjab. So it is not expected to win more than a couple of Lok Sabha seats, if that, in 2019.

For currently non-NDA parties such as the Biju Janata Dal, Telangana Rashtra Samithi, YSR Congress and All India Anna Dravida Munnetra Kazhagam/Rajinikanth, and including the Asom Gana Parishad and other North-eastern parties, which have fallen out with the BJP over the Citizenship Amendment Bill, the idea is to contest the Lok Sabha poll on their own and/or with tactical adjustments to win the maximum number of seats. All of these parties, which are technically equidistant from both BJP and Congress, are highly unlikely to be tempted by the UPA and view, at least for the moment, the conglomeration of regional satraps that comprise the putative Third/Federal Front as fundamentally unstable.

Interestingly, however, nearly all of them have in recent weeks established informal contacts with the NDA’s current allies, hinting at a joint post-poll strategy if the BJP alone is unable to win 272 seats or come reasonably close to that magic number of seats in the forthcoming general election.

So, what a block of parties, including but not limited to the Shiv Sena, Janata Dal-United, YSR Congress, Telangana Rashtra Samithi, AIADMK/Rajinikanth, Biju Janata Dal and the North-east regional parties bring to the table are between 50 to as many as 100 Lok Sabha seats depending on how they perform at the hustings.

The BJP is aware of these developments but sounds confident of ensuring through various means the loyalty of this group of parties in/around the NDA. The Congress, on the other hand, with ambitions of re-building the party under Rahul Gandhi, knows that these parties operate in States where, bar say a Tamil Nadu, the potential for its rejuvenation going ahead is certainly there. It is the Third/Federal Front — for which the Samajwadi Party, Trinamool Congress, Aam Aadmi Party, Telugu Desam Party, Rashtriya Janata Dal, National Conference and Bahujan Samaj Party are currently doing most of the running — that perhaps needs most to fine-tune its strategy to deal with the emerging jokers in the pack.

For, the choices for these parties are actually more than for the three main players in the fray. They could back a Modi-led Government if the BJP numbers are good. They could back a non-Modi BJP-led government if the BJP is the single largest party but well short of a majority. They could, if their poll performance results in them winning closer to 100 seats as opposed to 50, even conceivably ask the BJP to back them in forming a non-BJP-led NDA Government. They could, finally, in the event of a hung House with no party/formation in even striking distance of the halfway-mark, open negotiations with the Third/Federal front to form a Government of regional parties backed by either of the two national parties.