Just what the doctor ordered

Just what the doctor ordered 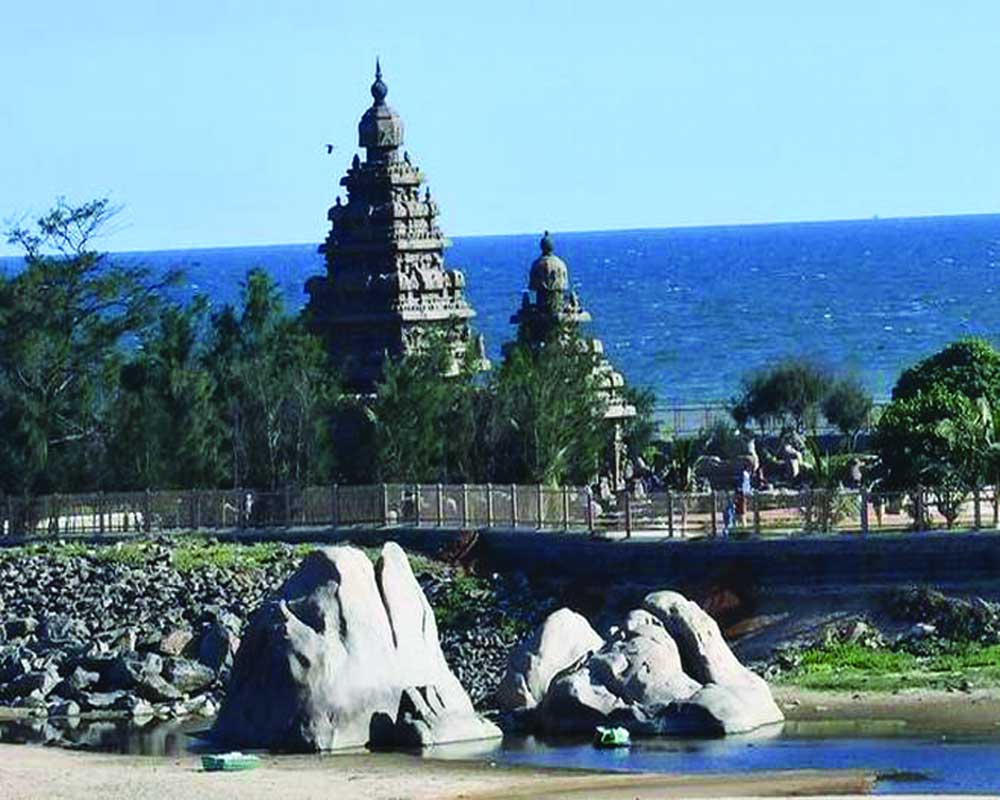 While informal summits of the kind planned at Mamallapuram will be of enormous value in the changing India-China relationship but with both countries headed by strong leaders, optics are likely to overtake substance

Mamallapuram, the ancient port town near Chennai is getting ready to host the Chinese President Xi Jinping for an informal summit with Prime Minister Narendra Modi from October 11-13.

After winning his second term, Modi formally extended an invitation to Xi in June at the Bishkek summit of the Shanghai Cooperation Organisation and the latter responded positively at that time.

The optics would show Modi receive Xi near the Arjuna’s Penance sculpture and the photo sessions would cover the Five Raths (chariots), Krishna’s butterball and the Shore Temple as they stroll along the premises.

Though with just a few days to go, China is yet to officially confirm Xi’s proposed visit to India but Beijing’s envoy has said that the two countries should unleash the “positive effect of the Wuhan informal summit” as they look ahead, giving the impression that all is on track for the meeting.

This would be the second informal summit between the two leaders after Wuhan, which was held in April 2018 in China. A lot of significance is being attached to this meeting amid tensions between the two countries on the Kashmir and border issues.  The Wuhan exercise, the first-of-its-kind between the two leaders, was touted as a great success as it gave strategic guidance to the militaries on both sides to strengthen their relations in the backdrop of the Doklam standoff.  Since then, Modi and Xi met 10 times, though it was mostly in multilateral summits. The Mamallapuram summit is expected to give a further push to ties.

The summit has no set agenda as the two leaders are expected to hold freewheeling discussions just as they did in Wuhan where they had six intense sessions in 24 hours. While New Delhi is tight-lipped, the Chinese Foreign Ministry spokesperson Hua Chunying told a media briefing recently, “For those things like Kashmir, I don’t think it will be a major topic occupying the talks, that is my understanding.” On the border question, Hua said, “Both sides can work together to safeguard, maintain and to make sure the border and the border areas be kept in peace and stability.” It is expected that they might touch upon various subjects of mutual interest, including strategic communications, global issues, border related discussions and boosting people- to-people contacts keeping aside contentious issues.  The timing of the summit is indeed interesting because China is engaged in a trade war with the US and handling the protests in Hong Kong, while India has its hands full dealing with Kashmir and the economy.

Why Mamallapuram? The history of the port town goes beyond the Pallava Dynasty. According to  legends it was called ‘Kadalmalai’ (the land of sea and mountain.) Its religious centre was founded by the the seventh century Pallava king Narasimhavarman, known as Mamalla. Marco Polo in his travel book mentioned the temple, referring to it as the Seven Pagodas of Mamallapuram. The Five Rathas are the remains of the seven temples. The UNESCO took over the site since 1984 and interestingly, the temples withstood the 2004 Tsunami.

One of the reasons for choosing Mamallapuram for the summit is its old connection with China as ancient Chinese, Persian and Roman coins found there reveal its earlier existence as a seaport. Historical records also show that the Pallava kings established cultural, defence, trade and commercial ties with Southeast Asia, including China. Importantly, Buddhism travelled to China via Mamallapuram. Bodhidharma, a Pallava prince, traveled to China in 642 AD and became not only an icon in China but also the 28th patriarch of Buddhism. The famous Chinese scholar and political philosopher Huang Tsung had recorded details of his visit to the Pallava capital Kancheepuram.  According to China experts, The Tang dynasty of the Chinese even appointed the third king of Pallavas, Rajasimhan XI as their general for South China.

External Affairs Minister S Jaishankar put it in perspective recently claiming that the talks would be held in “as warm a spirit as Wuhan” pointing out that “it is important for both India and China, which are rising powers, to find equilibriums because each has their own expectations of the world and of each other.”

The two leaders are meeting in the backdrop of Beijing’s open support to Pakistan in internationalising the Kashmir issue after the abrogation of Article 370. New Delhi frowned at the recent speeches made by the Chinese Foreign Minister Wang Yi supporting Imran Khan at the United Nations General Assembly. All these have certainly diluted the Wuhan spirit.  Moreoever, New Delhi remains wary of the growing Pakistan- China strategic nexus and Beijing’s business and strategic forays into India’s neighborhood. On the other hand, Beijing is suspicious of the growing closeness between New Delhi and Washington when the trade war between China and the US continues. Despite all that, New Delhi has shown restrain on Hong Kong revolts, claiming that it is their internal affair.

A relaxed summit on the shores of Mamallapuram, even if it is for just seven hours of private interaction, is expected to bring down the political temperature. Obviously, the two sides want to keep it a low profile affair as neither expects any breakthrough. While informal summits of this type will be of enormous value in the changing China–India relationship but with both countries headed by strong leaders, optics are likely to overtake substance.