Killing off Kurds to resurrect ISIS?

Killing off Kurds to resurrect ISIS? 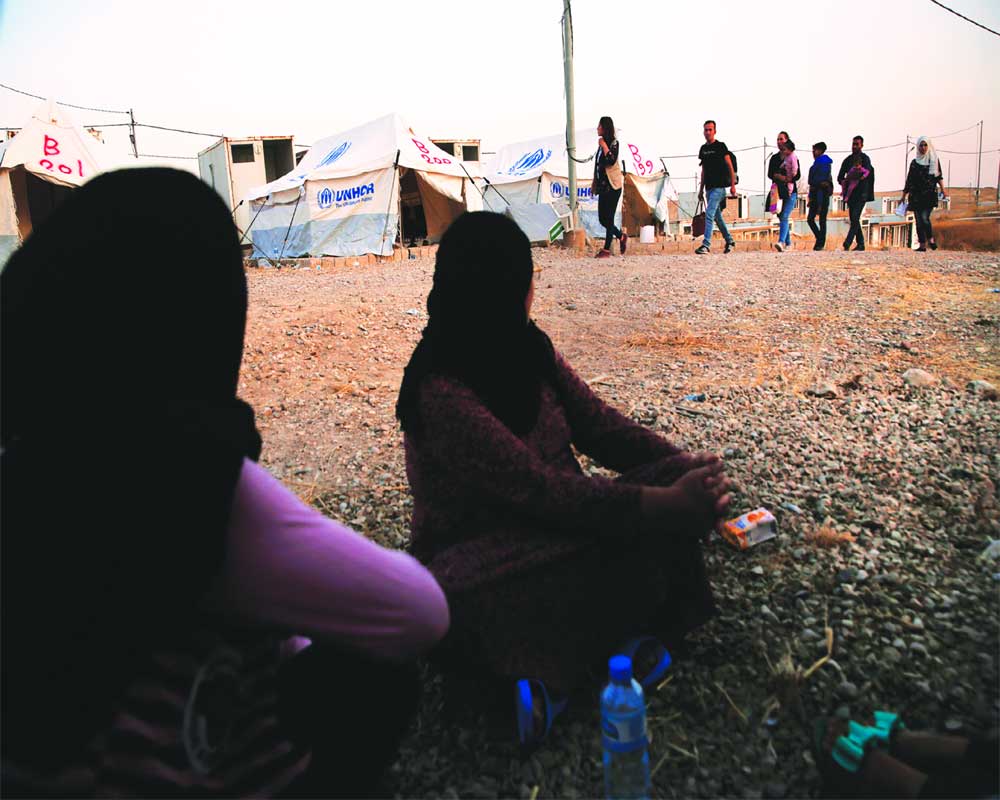 The recent happenings in Iraq and Syria have given the ISIS a new lease of life. The US pullback, leaving Kurds fighters — thousands of whom laid their lives to crush the Islamic terrorists — in the lurch and thus paving the way for Turkey’s long-wished assault on Kurds, is set to turn the safest part of Syria into a war zone

Ten days after launching a long-anticipated military assault on the Kurdish People’s Protection Units (YPG) militia in northeastern Syria, Turkey on October 18 agreed to the US-brokered five-day ceasefire on the condition that the Kurdish-led Syrian Democratic Forces (SDF) would withdraw from the proposed “safe zone” within the stipulated period.

However, the terms and conditions, set by Turkey, hint at an ominous future for the region. Turkish President Recep Tayyip Erdogan has threatened to escalate Operation Peace Spring if the SDF fails to leave the safe zone buffer along the Turkish border. “If the promises are kept until Tuesday evening, the safe zone issue will be resolved. If it fails, the operation will start the minute 120 hours are over,” he said.

However, claims and counterclaims about the ceasefire conditions have already doomed the agreement. Soon after the truce declaration, the SDF claimed the deal covers only a 12-km stretch, disputing Erdogan’s announcement that the “safe zone” would spread 30 km deep inside Syria and 440 km along the border with Turkey.

Moreover, the sanctity of the agreement has been disrespected with both the sides accusing each other of violating the ceasefire agreement. European countries, particularly France, which condemned Turkey’s invasion, are sceptical of the intention of the Erdogan Government. According to European Council President Donald Tusk, the ceasefire “is a demand (for the) capitulation of the Kurds”, and the world community must not abandon the Kurdish partners.

In fact, Turkey-Kurds conflict has a long history and the root of the present crisis lies in the regional power dynamics in Turkey. Though the immediate trigger for the Turkish invasion of northeastern Syria was Erdogan’s long-cherished desire to fill the vacuum created by the US pullback from Syria, Ankara admitted that its goal was “to destroy the terror (YPG) corridor” being established by Kurdish forces in Syria along Turkey’s southern border. However, the real aim of Turkey’s involvement in Syria is to “crush the heads” of the Kurdish fighters who aspire to form an autonomous state for the Kurds in south-eastern part of Turkey.

Kurds — the biggest stateless nation primarily spread across Iraq, Turkey, Syria and Iran, and the fourth-largest ethnic group in the West Asia & North African (WANA) region — have been given false promises by vested interests at various treaties for over a century for the creation of a Kurdistan.

In the recent years, Kurds’ successful military campaigns against Islamic terrorists and enemies of the US paid dividends and raised its stature as a trusted partner in the fight against terror. However, the rise of the might of the Kurds has threatened the Turkey Government which fears it might be forced to meet the demand for a Kurdish autonomous State. This is why Ankara had opposed Kurdish independence in Iraq in anticipation that their success in northern Iraq would encourage the Kurdistan Workers’ Party (PKK) — which has strong ties with the Kurdish People’s Protection Units (YPG) that was internationally acclaimed for being instrumental in wresting large stretches from the ISIS in Syria and Iraq — to strive for independence in the neighbouring Turkey.

However, the present crisis in Syria is caused by Trump’s hasty decision to withdraw military from Syria, thus triggering the Turkish assault on America’s Kurdish partners in Syria and jeopardising the efforts to contain the ISIS. In fact, Kurds have almost always failed to read the intentions of America that has been espousing contradictory goals in the WANA region.

While the successive US administrations have maintained that the States’ boundaries in the WANA region must not be changed, they have sought support of the Kurds in fight against the erstwhile USSR, Saddam Hussein in Iraq, and currently the ISIS in Iraq and Syria. But, when the Kurds were pinning their hopes on the Donald Trump administration to help them keep the part of Syria in their safe hands, they have been left in the lurch. It has also caused the Trump administration loss of credibility as a reliable partner in fight against terror. Reports have come that Israel is apprehensive and keeping tabs on the situation.

No matter how much Trump defends his decision on Syria, he is being criticised by Americans and others for abandoning their Kurdish allies in fight against the ISIS. Slamming the US administration, French President Emmanuel Macron said the US decision to withdraw and abandon the Kurdish forces “weakens our credibility to find partners in the field who will fight with us, thinking that they are protected”.

Now the moot question is whether the ceasefire will sustain. The northeastern region of Syria was considered by the locals the safest place to live in the country till the Turkey invasion turned it into a full war zone, forcing mass exodus in Iraq.

Despite agreement to pause fighting, it is doubtful that Turkey will leave the region any soon. As per the plan, once the safe zone buffer is established, Turkey’s military will set up 12 observations posts to ensure that Kurdish forces don’t make a comeback. In this situation, the expectation from the stateless Kurds to bear Turkish highhandedness for long is unrealistic.

Therefore, the edgy calm in the northeastern Syria is replete with severe repercussions. First, there is no plan to handle the ISIS prisoners who were under control of the Kurdish forces till the Turkish invasion. It has been reported that several of them have already fled the makeshift jails in prisonbreaks. There is no agreement on the transfer of the custody of the terrorists from the SDF to the Turkish forces. Moreover, ironically the US President seems least concerned about the ISIS prisoners’ custody and many a time he called fugitive prisoners “least dangerous”.

The Syrian territory, now in Turkish control, may fall into the hands of the ISIS which has been emboldened by the US withdrawal and SDF’s scheduled departure. Moreover, if Turkey leaves northeastern Syria without giving control to an able force, it can only lead to further destablisation in the region.

While, the military pullout is Trump’s gift to the ISIS, the Turkish invasion, and the so-called five-day ceasefire are a win-win situation for Ankara and the terrorist force. Erdogan’s sole focus is to “crush the heads” of the Kurdish fighters.