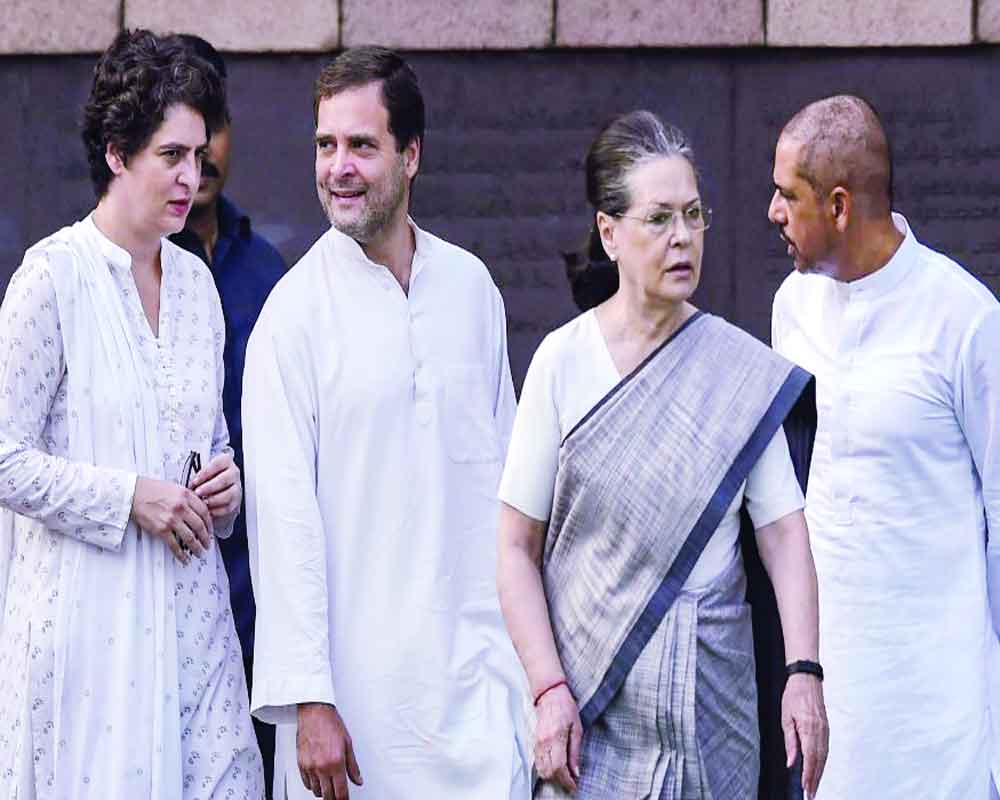 There are invaluable proofs on how the Nehru-Gandhi family went about the business of funding their activities and election campaigns. Nobody can claim to be clean

The shrill and abusive attacks launched by Congress president Rahul Gandhi on Prime Minister Narendra Modi and his oft-repeated diatribe “Chowkidar Chor Hai” has brought the political discourse to a new low. By doing so, he carries on the family’s tradition of disrespecting democratically-elected political leaders who do not belong to it. It also brings to the fore the debate on corruption, an issue which no member of the Nehru-Gandhi family has the moral authority to talk about. So, here is a quick look at how the Nehru-Gandhis have funded their politics.

During the Nehru era, the Congress collected funds from Indian industrialists and businessmen and sometimes this landed the party and the Government in trouble. For example, Mundra, an industrialist owning many companies and businesses, who had funded the Congress in the 1950s, ran into financial problems and signalled to the Government that it was payback time. The Nehru Government obliged him by directing the Life Insurance Corporation to buy his companies’ shares at inflated prices. The then Finance Minister, TT Krishnamachari, who was obviously acting on orders from above, lost his job when the truth came out in what came to be known as the LIC-Mundra scandal.

However, things changed after Indira Gandhi engineered a split in the party in 1969. Soon after the break-up, she began relying heavily on the communists and so, naturally, the Soviets came to her rescue. Vasili Mitrokhin, who was in-charge of the KGB archives, made explosive revelations of the KGB’s activities around the world. He talked about how the KGB funded the Congress in the 1971 elections and of how they even had moles in her Cabinet.

Many honourable citizens of the country, who have held key positions in politics, Government, bureaucracy and industry in the post-1970 era, have provided us invaluable evidence of how the Congress went about the business of funding its activities and election campaigns. These witnesses to that era say that the Congress decided on a new mode of raising funds — via commissions collected on mega international defence and other contracts. A very respected witness to this era was BG Deshmukh, who was Cabinet Secretary between 1986-89 and his autobiography — A Cabinet Secretary Looks Back — is very enlightening.

Deshmukh says, “The genesis of the Bofors affair lies in the practice initiated by Indira Gandhi and further refined by her son Sanjay Gandhi for collecting funds for the Congress. Till the middle of the 1960s, during the regime of Pandit Jawaharlal Nehru, the collection of funds for the party was a more transparent deal and business houses were also permitted to make open donations.”

Indira Gandhi, he says, was in dire need of funds to fight elections and establish herself as the undisputed leader of the Congress. For this, she depended on loyal supporters like Rajni Patel and Vasantrao Naik. “Later, when she had established her supremacy in Indian politics, she decided that a far better way to collect funds for the party was through claiming cuts from foreign deals. Sanjay Gandhi perfected and refined this still further from 1972 onwards.”

Deshmukh said when Indira Gandhi came back to power in 1980, he was Additional Secretary in the Ministry of Home Affairs. “My colleagues told me that in January 1980 itself, Sanjay Gandhi called senior officers from certain concerned ministries for giving orders, making deals and clearly and firmly told them how they should be finalised. Trusted senior officers were posted to Ministries such as the Defence and also to the Department of Defence Production. Even the death of Sanjay Gandhi in the mid-1980s did not change this practice.”

The second unimpeachable witness is BK Nehru, a distinguished civil servant, Ambassador and Governor and uncle of Sanjay and Rajiv Gandhi. In his autobiography, Nice Guys Finish Second, he recalled that at Sanjay Gandhi’s cremation, he asked Rajiv Gandhi “whether the money Sanjay had collected allegedly for the Congress was safe?” Rajiv said, “All they found in the almirahs of the Congress office was Rs 20 lakh.” Nehru then asked Rajiv Gandhi how much Sanjay had. To which he said, “He (Rajiv) held his head in his hands and said crores and unaccounted crores.”

Two more equally unimpeachable witnesses to this era are former President R Venkataraman and industrialist JRD Tata. In his autobiography, My Presidential Years, Venkataraman recounts a conversation he had with JRD Tata when the latter called on him in August 1987. Venkataraman said their conversation veered round to the statement Rajiv Gandhi had made in Parliament a few days earlier on the Bofors bribery scandal.

“Tata said that though it was quite possible that neither Rajiv nor members of his family had received any consideration in the gun and other defence deals, it would be difficult to deny the receipt of commissions by the Congress. That was because he (Tata) felt that since 1980, industrialists had not been approached for political contributions and that the general feeling amongst them was that the party was financed by commission on deals.”

Since this was the established mode of fund collection, Bofors was certain to happen. In this scandal, Rajiv Gandhi and others were accused of taking kickbacks when India purchased field guns for its army from the Swedish arms manufacturer, Bofors. Rajiv Gandhi vehemently denied this charge in Parliament. However, the Nehru-Gandhis have never been able to explain why Bofors remitted $ 7.30 million into the account of Maria and Ottavio Quattrocchi soon after India sent the first tranche of payments to the company. The Quattrocchis moved this money around several banks in several locations and it was finally traced to the Channel Islands in the UK.

Why did this Italian knock off a commission when we bought field guns for our army? Why did Sonia Gandhi get the Manmohan Singh Government to de-freeze the account? These questions will continue to haunt the Nehru-Gandhis.

And as if this was not enough, there are the Volcker Committee’s conclusions on the “non-contractual beneficiaries” of Iraqi oil sales under the United Nations Oil-for-Food Programme, which said that the Iraqi dictator Saddam Hussein had funded the Congress. Also, it seems Saddam Hussein’s Iraq was just one of the two nations that had supported Indira Gandhi’s dictatorship during the Emergency!

Do we need to say more?