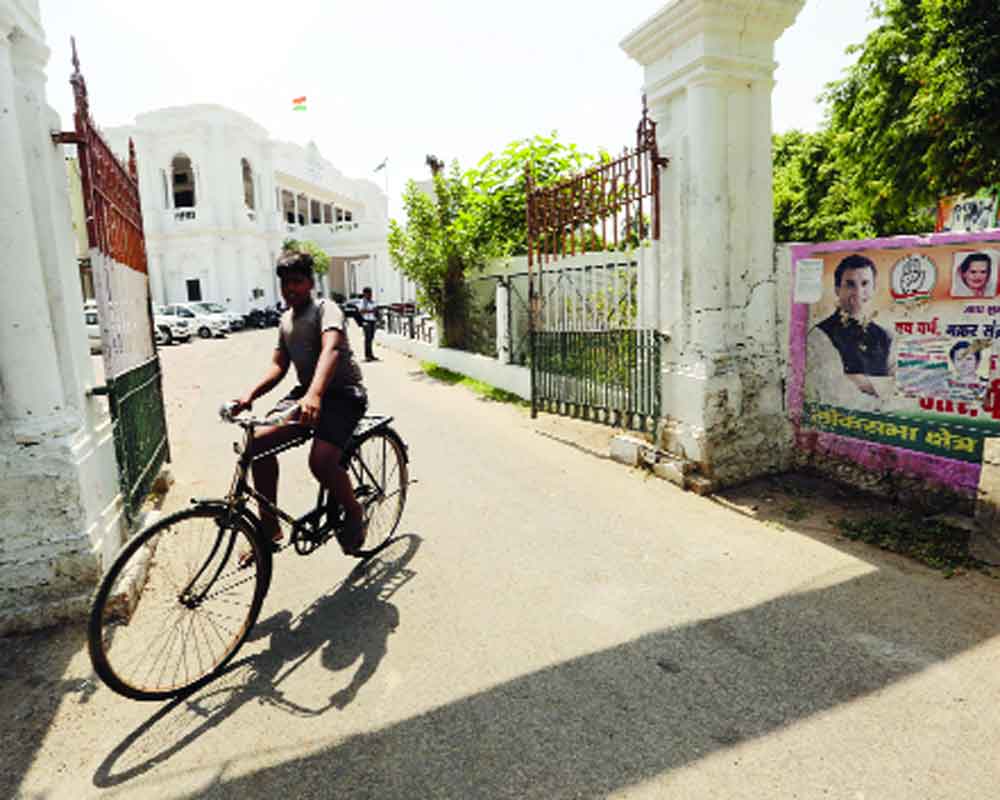 If the BJP maintains pace, it may head the Congress way when it had seats in virtually every State. Meanwhile, the Congress must begin rebuilding the party much like the BJP did after 1984

The Bharatiya Janata Party’s (BJP) spectacular performance in the Lok Sabha election is as much a positive vote for the strong and assertive leadership of Prime Minister Narendra Modi as it is a negative vote against the vulgar and abusive campaign launched by Congress president Rahul Gandhi and his colleagues against the Prime Minister.

Having lived in bungalows in Lutyens’ Delhi for decades, sometimes without the right to do so, the Nehru-Gandhis viewed Modi as an intruder, who had no business to find a place in this hallowed part of the national capital. Second, ever since he emerged as the main political challenger to the Nehru-Gandhis, this family and the bunch of courtiers surrounding it, took their resentment to unacceptable levels and began showering abuses on him. It was often implied that Modi did not have the “class” to be the country’s Prime Minister. He was only fit to sell tea. The Nehru-Gandhis began targeting him from the days of his chief ministership in Gujarat when Sonia Gandhi described him as the “merchant of death” (maut ka saudagar).

Since then, Modi has been subjected to relentless verbal assault. During the Lok Sabha election, Rahul Gandhi began calling him a “thief”. Given Modi’s social and economic circumstances in his formative years and the fact that he helped augment his family’s income by selling tea on railway platforms, the Nehru-Gandhis ought to have been more circumspect while criticising him. Since the Nehru-Gandhis claim their political legacy from Mahatma Gandhi and the egalitarian principles of the party during the freedom movement, their comments on Modi were perceived by the electorate as invidious and hurtful. It seemed as if the very privileged Nehru-Gandhis were mocking at the rise of an ordinary, under-privileged citizen. Therefore, democracy had to assert itself and make India’s grand old party pay for such crass insensitivity.

As it turned out, the Congress’ performance in this election has been inversely proportional to the level of its vituperation.   Now, let us look at the consequence of all this in electoral terms for the Nehru-Gandhis and India’s oldest political party.

The tables have now turned. The BJP-led National Democratic Alliance (NDA) has 358 seats in the new Lok Sabha with the BJP itself commanding 303 seats. The Congress on the other hand has come a poor second with just 52 seats, a marginal improvement over the 44 it won in 2014.

In all these elections, the Congress was sarvavyaapi — well spread out and winning seats in every nook and corner of the country. The BJP is now taking that position.

One of the most significant outcomes in this election was the maturing of the electorate as seen in the electoral choices they made in Odisha, Rajasthan, Madhya Pradesh and Chhattisgarh. Although the BJP lost power in all the three northern States only five months ago, the voters gave a decisive mandate to this party in the Lok Sabha election, thus clearly drawing a distinction between State and national elections. The outcome in Odisha was even more stark because the voters were voting simultaneously for the State Assembly and the Lok Sabha on two different voting machines. Out of the 21 Lok Sabha seats in the State, the voters backed the BJP in eight seats and the Biju Janata Dal (BJD) in 12 seats. However, in the State Assembly poll, the BJD walked away with 112 of the 146 seats, which is over 75 per cent and the BJP had to make do with just 23. Thus, there was a strong undercurrent in favour of Modi in the Lok Sabha poll whereas BJD chief Naveen Patnaik was the favourite to run the State.

Such maturity augurs well for our democracy because State and local-level elections are often dominated by caste and other divisions, whereas a Lok Sabha election revolving around a leader, a party or an idea cuts through these divisions, leading to a more eclectic voter base for the winning party.

The BJP is now clearly spreading itself out and if it keeps up the pace, its electoral map next time round should resemble that of the Congress when Nehru was at the helm in 1957 or 1962 when it had seats in virtually every State.

Meanwhile, the Congress must go back to the drawing board and begin rebuilding the party much like the BJP did after 1984 when it was reduced to just two seats in the Lok Sabha!