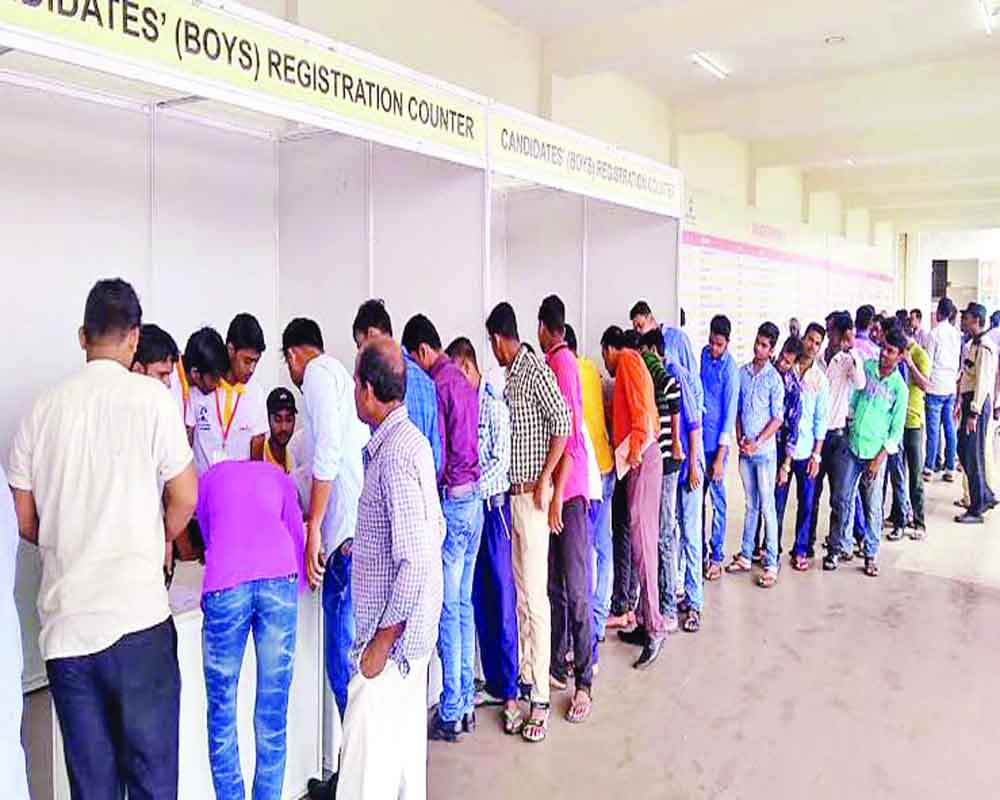 After Andhra and MP, Maharashtra Govt announces job quotas in the private sector. Nativism is just about politics

Will regional protectionism, as advocated by political parties as the answer to joblessness and an example of neo-federalism, deliver a further blow to the already distressed economy? Worse, will “locals first for local jobs” forever change the idea of India, challenging as it does the Constitution that guarantees freedom to work without discrimination? The politics of migration has clearly become an electoral tool for State parties and is helping them find acceptability with micro-bubbles of jingoism and an impractical module of subsistence economy. Now the Maharashtra Vikas Aghadi government is advocating an 80 per cent job quota for locals in the private sector and one can hardly fault it considering there are too many precedents being set by newly-elected Chief Ministers of job entitlements that require you to be “the son of the soil.” Skill sets are, therefore, redundant. It all began with the Jagan Mohan Reddy Government passing a Bill to introduce 75 per cent quota for Andhra Pradesh youths in private industrial jobs, the first State to do so. This was followed by the Kamal Nath Government in Madhya Pradesh announcing 70 per cent quotas. Now the Haryana Government wants 75 per cent of private sector jobs for local youth while before the Jharkhand polls, the BJP promised a job for at least one member of every below poverty-line (BPL) family in the State. Each State has fuelled this nativist sentiment against outsiders stealing jobs from locals by announcing job preference criteria and incentives, if not quotas. While job reservations amount to affirmative action when it comes to mainstreaming the Scheduled Castes (SC), tribes and backwards, that umbrella certainly should not be extended arbitrarily. Particularly at a time when we need to be fiercely competitive in a global economy. The challenges implicit in such policy interventions are many. What does one do with highly specialised activities that require skilled staff who cannot be found locally? The new Andhra Pradesh law states that if an industrial unit fails to find enough skilled local workers, it would have to train them in association with the State Government. Besides, the company also has to submit a quarterly compliance report. Which private company would incur such additional costs when clearly there is a pressure on its bottomline? “Locals only” jobs would put pressure on the wage bill. How can economies of scale be achieved with such fragmented fiefs? The easiest way out for such companies would be to migrate to a friendlier State. Can States risk a flight of investment? Can India afford all States pursuing such policies? Besides, assuming that jobs are apportioned among local youth, whose work life span will undoubtedly be long, what does one do to absorb the queues of job-seekers in the long run? Also, such segregation can further fuel friction between locals and non-locals working at the same unit, where the first would be privileged by entitlement and the latter would have to prove their mettle.

If only our politicians had stopped making a mountain of the molehill in data. Recent census figures have shown that most work-related migration is usually confined within State borders and inter-State migration isn’t as dramatic as is usually made out to be. Less than 10 per cent of the urban workforce comprise inter-State migrants. Besides, the stereotype of migrants from only Uttar Pradesh and Bihar flooding job markets has been broken by a countrywide cross-flow of workforce. That is no threat at all but politicians, who are used to assigning blame rather than working out new job generators, incentivising local entrepreneurship and enhancing skill development, have made political capital out of their myopic outlook. The problem with precedents of this nature is that they rile up sensitivities instead of harmonising them. They would compromise India’s international stand against protectionism considering its skilled labour pool lends it a comparative advantage over other countries. How can it espouse free trade while being restrictive about its practice domestically? It is true that State politicians are particularly under pressure to deliver on their promises once they assume governance. But then they have to work their way around the damaging quota system. They could, for example, incentivise companies which invest in developing local hubs and talent pool. They should also promote small scale and ancillary units among local youth, encouraging them with soft loans and training to set them up so that they can generate jobs in the first place.  India’s joblessness cannot be tackled in a piecemeal manner.