Look beyond the bias

Look beyond the bias 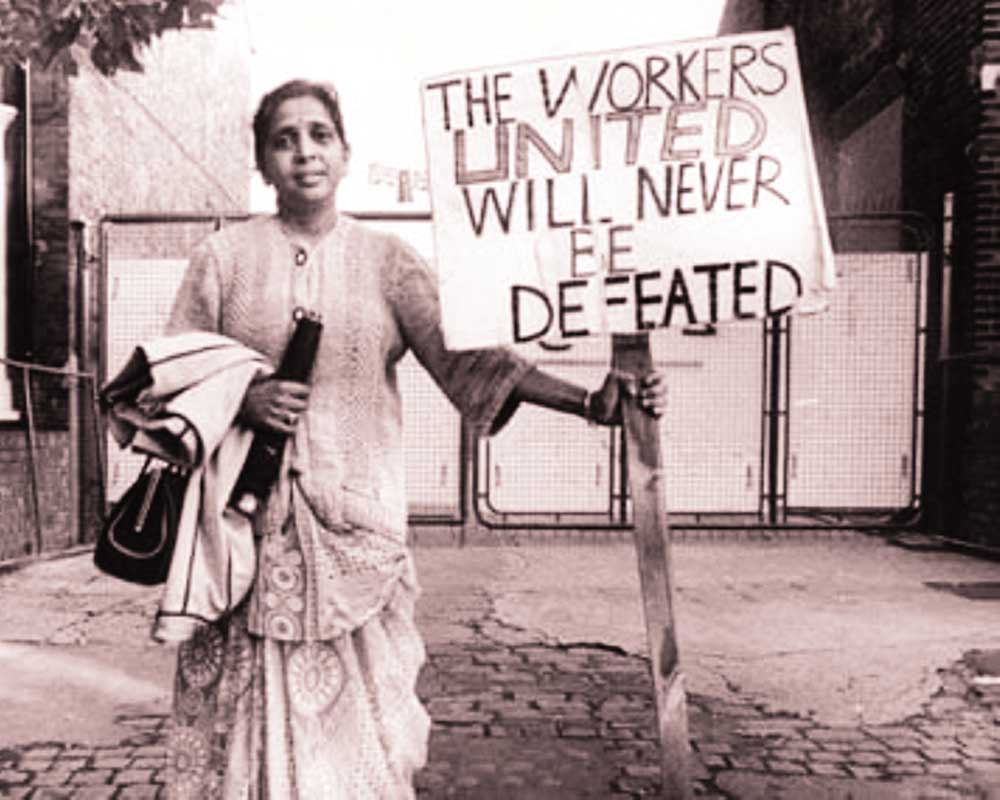 Boris Johnson might have been cavalier in his attitude towards the burqa. But by raking up an old controversy, is Dhesi reinforcing stereotypes than breaking them?

Sardar Tanmanjeet Singh Dhesi, Britain’s first ever Sikh MP, recently targetted the newly-appointed Prime Minister Boris Johnson over his remarks about burqa-clad Muslim women. In a newspaper article written last year, Johnson had compared Muslim women in burqa to “bank robbers” and “letter boxes.” The article had stirred a hornet’s nest back then with his Conservative peer, Lord Sheikh, filing a written complaint to demand a thorough investigation. Johnson, accused of breaching party code, refused to apologise, notwithstanding instructions from party chairman Brandon Lewis. Finally, an independent panel chaired by Naomi Ellenbogen cleared him of the charges in December last year. The panel did find Johnson’s language “provocative” but ruled against excessively censoring “the use of satire to emphasise a viewpoint, particularly one that is not subject to criticism.”

Dhesi, a Sikh who grew up in Britain, must have experienced racism himself. It was natural for him to stand up in defence of other victimised groups and individuals. But he, being a Labour MP, was perhaps, actuated by political partisanship, too. What otherwise explains reigniting an issue that was settled last December? But how wise would it be to defend a regressive custom for the sake of multiculturalism or to downgrade political opponents?

Johnson, being a Conservative, might suffer from certain biases and angularities. But what about Tony Blair, Leader of the Labour Party for 13 years and former Prime Minister of Britain for 10 years? As the then Prime Minister, on October 17, 2006, Blair had said that the wearing of full veils by Muslim women was a “mark of separation” and made some “outside the community feel uncomfortable.” His comments were made in the context of suspension of a student, Aisha Azmi, at the Headfield Church of England, a junior school in Dewsbury, for her refusal to remove her veil. Blair had supported the authorities over their decision.

The ensuing year (on October 31, 2007), Cherie Blair did some straight talking at Radio Four’s programme. She said, “Women covering their heads, women dressing modestly, I have no problem with at all. I think, however, that if you get to a stage where a woman is not able to express her personality because you can’t see her face, then you do start to ask whether this is something that is actually acknowledging the woman’s right to be a person in her own right.”

If the British were so uncharitable towards ethnic wear, why did sari not become a focal point of discrimination? My aunt, Latika Chanda, now long retired from the National Health Service (Britain), always wore a sari during her medical practice in London. She was never deprived of the esteem she deserved for her professional competence. In 1976, the “strikers in saris” conducted the famous labour protest in Britain, ultimately compelling 20,000 people to join their cause. Their leader was Jayaben Desai (1933-2010), a Gujarati women who relocated from Tanzania to Britain. She laid a strike of Asian and African women, who worked at Grunwick Film processing factory in north London under pitiable conditions. Her photo in a sari topped by cardigan and holding a placard, “The Workers United Will Never Be Defeated,” became one of the rivetting pictures of labour movement in the 20th century. The bottomline is that the sari never restricted women’s participation in industrial or professional life of Britain.

But burqa signifies a very  different mindset. Blair was asked at the same news conference whether it was possible for a burqa-wearing woman to be contributing to the society. He exclaimed, “that’s a difficult question.” Could there be a clearer view on the issue coming from a Labour Prime Minister? A person who is wearing a turban or sari or any religious symbol like cross, is contributing to the industrial, commercial and public life of Britain. Could Dhesi say the same thing about burqa as well? Rather, is burqa not concealing the real question about internal discrimination within the Muslim society? It would be pertinent to read what BR Ambedkar, Chairman of the Drafting Committee of the Constitution of India, said about burqa and purdah (women’s quarters in Muslim homes) in the 1940s.

“These burqa women walking in the streets is one of the most hideous sights one can witness in India. Such seclusion cannot but have its deteriorating effects upon the physical constitution of Muslim women. They are usually victims to anaemia, tuberculosis and pyorrhoea. Their bodies are deformed, with their backs bent, bones protruded, hands and feet crooked….purdah deprives Muslim women of mental and moral nourishment. Being deprived of healthy social life, the process of moral degeneration must and does set in...They lag behind their sisters from other communities, cannot take part in any outdoor activity and are weighed down by a slavish mentality and an inferiority complex. They have no desire for knowledge, because they are taught not be interested in anything outside the four walls of the house. Purdah women in particular become helpless, timid and unfit for any fight in life” (Pakistan, or, The Partition of India, ed. 1946 , P.220-21).

Johnson might have been cavalier in his attitude towards the burqa as a custom. But to run him down would mean encouraging those Muslim males, who enforce these repressive customs of their womenfolk. Dhesi might know better that consumption of halal meat is prohibited in his religion viz, Sikhism. The Sikh gurus, in their wisdom, might have formulated this rule. But the formidability of halal is now being experienced by European nations. It would be a gross understatement to say that halal is merely a dietary choice. It encompasses food, pharmaceuticals, cosmetics, banking and insurance products among others. Western institutions are projecting themselves as halal -compliant or certified to appease a growing Muslim customer base. Halal is, thus, an instrument to subjugate the Western system or free world system to Arabic imperialism. One hopes Dhesi will see burqa in the same light. The same group of people, who enforce burqa, also make no secret of their intentions to impose  Shari’ah law on Britain. Is that a desirable proposition?

(The writer is an independent researcher based in New Delhi and has authored the book, The Microphone Men: How Orators Created a Modern India. Views expressed are personal)