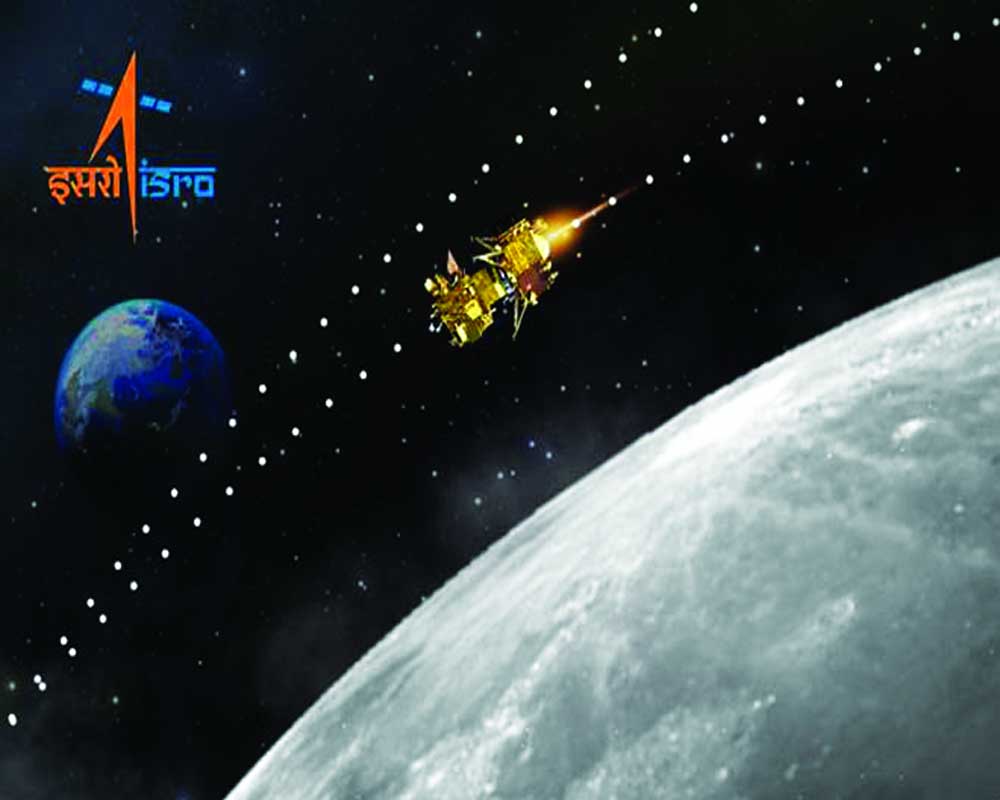 Post the Chandrayaan-2 setback, some may question the ` 970-crore investment in space but this will pave the way for India to tap into trillions of dollars worth of lunar minerals

In science, there is no such thing as failure. There are only experiments and efforts.” With these words, Prime Minister Narendra Modi consoled a crestfallen nation after India’s moon lander Vikram was unsuccessful in descending on the lunar surface smoothly. Some may question the `970 crore ($140 million) price tag of the Chandrayaan-2 mission. But this investment will eventually pave the way for India to tap into the trillions of dollars of mineral wealth on the moon and near-earth asteroids.

To many, this may sound like science fiction, but several national space agencies including the US’ National Aeronautics and Space Administration (NASA), the European Space Agency, Chinese Space Agency, Russia’s Roscosmos, the Japanese Japan Aerospace Exploration Agency  (JAXA), are already mapping and exploring the lunar surface and nearby asteroids.

Many private players like Moon Express, Astrobotic Technology, Blue Origin, iSpace and so on have serious commercial plans for lunar prospecting as well.  The Indian Space Research Organisation (ISRO), too, completed our first mission to the moon, Chandrayaan-1 in 2008, with great results and now Chandrayaan-2 is expected to take it forward with a mission life of up to seven years. The moon isn’t so far out of our reach after all. Actually, it’s only a two-three day journey, which is shorter than the 79-hour journey on the Kanyakumari-Dibrugarh Vivek Express!

The technology to exploit lunar resources, though immature, is around the corner. The first lunar rover was launched in 1970 by the erstwhile Soviet Union, a year after the first human lunar landing by the USA. Safely landing and remotely driving a car-sized eight-wheeled vehicle on the moon’s surface back in 1970 was a gigantic achievement. The technology was re-used in 1986 to clear radioactive debris inside the Chernobyl Nuclear Power Plant in the aftermath of the nuclear disaster there. In 1997, NASA’s Sojourner rover became the first rover on Mars, followed by rovers Spirit in 2004, Opportunity in 2004 and Curiosity in 2012. China landed two of its rovers on the moon, Yutu in 2013 and Yutu-2 in 2018.

India started its moon exploration mission with Chandrayaan-1, announced by Prime Minister Atal Bihari Vajpayee in 2003 and launched in 2008. ISRO’s Moon Impact Probe confirmed the presence of water in the lunar soil, whereas NASA’s Moon Mineralogy Mapper instrument on-board looked for minerals across the moon’s surface. Interestingly, Chandrayaan-1 was also looking for Helium-3. This specific form of Helium, scarce on earth, is abundant on the moon’s surface. But why are ISRO and other space agencies looking for it? The answer is potentially abundant, safe and clean nuclear energy hidden in it. While Helium-3 fusion technology is laboratory-proven, it isn’t yet commercially viable. Helium-3 also finds applications in cryogenics and medical imaging.

Rare Earth Metals (REMs) are indispensable for modern electronics. China has already cornered 90 per cent of the supply and is aggressively capturing more. While only limited sources of REMs have been found on the moon, NASA still considers it important to be able to mine it, given its critical importance. Further, the moon also has concentrated deposits of titanium, a metal critical for advanced weaponry.

However, the big question remains if lunar mining will ever become commercially viable? For that, we need to look at other maturing knowhow that will benefit lunar mining technology. Reusable rockets, as demonstrated by SpaceX and Blue Origin, are set to disrupt the launch industry. Other Government and private agencies are furiously trying to emulate the same to remain competitive. Space transportation costs are expected to go down significantly. With equipment delivered to the moon, advanced construction robots will assemble mining facilities.

Also, 3-D printing technologies will allow  forging smaller parts and replacements. Autonomous vehicle technology being pioneered by the likes of Google, Tesla and Uber can be re-purposed for automated prospecting, extraction and movement of lunar mining vehicles. Advances in industrial robotics will lead to automated ore refineries, with lunar mining vehicles dumping raw ore at one end and refined product coming out of the other. Human supervisors would stay in habitats built into the lunar caves, similar to the International Space Station.

It is not just one technology in isolation, nor just one mineral that will seal the deal. When taken together, we can see a reasonably positive picture emerge. The likely trajectory of lunar mining will probably start with surveying and small sample-return missions. These will eventually grow in scope with small factories and minor human settlements, before growing into a large industry.

In 1957, the Soviet Union launched the first satellite in orbit. Just six decades later, global space activities are valued over $350 billion as revealed by a Morgan Stanley report, with projections to reach over a $1 trillion by the 2040s. NASA estimates that the present lunar resources are worth hundreds of billions. But the moon is just a test bed of sorts for asteroid mining and Mars colonisation, where there are even more resources to be harnessed. The website Asterank lists several near-earth asteroids and their potential financial value. Asteroid Ryugu, that is orbiting between the Earth and Mars, has an estimated $80 billion worth of minerals. Japan’s Hayabusa 2 touched down on it earlier this year and is expected to return with a sample next year.

In the ancient Indian epic Mahabharata, after the devastating war between the Pandavas and the Kauravas, the oldest of the 100 Pandava brothers, Yudhisthira laments over his depleted treasury. However, Ved Vyas tells him of the great Mount Meru (the sacred five-peaked mountain of Hindu, Jain, and Buddhist cosmology that is considered to be the centre of all the physical, metaphysical and spiritual universes) in the inhospitable reaches of the northern Himalayas that has an abundance of gold. Yudhishthira launches an expedition to mine the mountain and thus replenishes his kingdom’s coffers.

We are an ancient yet continuing civilisation. For centuries, India was at the forefront of several technologies, especially metallurgy, textile, civil engineering and agro-tech. While large-scale space mining and colonisation are still decades away and are fraught with millions of dangers and hurdles, no civilisation can propagate itself unless the present generation plans and invests for the future.

In 2018, the Modi Government restarted the ambitious Indian Human Spaceflight Programme by announcing budgetary funding for the programme and Gaganyaan, an Indian crewed orbital spacecraft, is intended to be the basis of the project.

The programme will eventually help establish a domestic space tourism sector and perhaps decades later, lead to an Indian moon base. We owe it to our descendants to give them a head start when they take over the reins of India.

(The writer is Telangana BJP spokesperson, economist and Director, Centre for Leadership and Governance, Hyderabad)