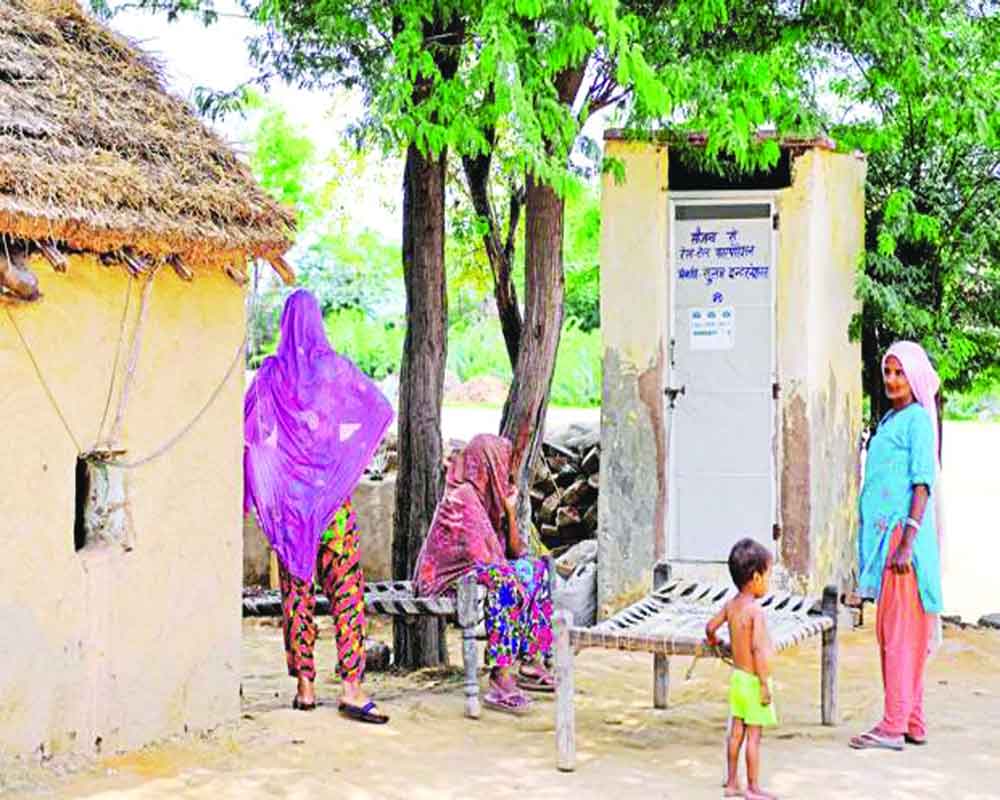 This week we celebrated Mahatma Gandhi’s 150th birth anniversary. The Father of the Nation is a hero for me as I am sure he is for millions of people across the world. His birth anniversary served an  opportune time to examine and reflect how his values and principles, the primary pillars of our freedom movement, are being imbibed and practised by the country. As our national conscience, he lived by certain values that I am sure he hoped his children would live by, too. One such ideal was the importance he gave to “truth.” To him, “truth” was so significant that it found a place in the title of his autobiography, The Story of My Experiments with Truth. On this subject, Bapu gave us many memorable quotes but one of them that is my favourite is: “An error does not become truth by reason of multiplied propagation, nor does truth become error because nobody sees it.”

This October 2, 2019, was also the day when Prime Minister Modi announced rural India as “Open Defecation Free” (ODF). When I heard of this claim, Gandhiji’s quote on “truth” popped up in my mind. Bapu’s words in the quote mentioned above perhaps stood in starker contrast than usual because of something else that happened later last month. A little less than a week before the Prime Minister’s bombastic claim, two young children from the Dalit community were beaten to death in a village in Madhya Pradesh, allegedly for defecating in the open in the field of a higher caste community.

This horrific incident, where two young lives were quickly extinguished, should haunt us for days to come. Imagine a situation where you are driving on the road with your children, moving from one city to another, and no toilet facility is available for miles. This at a time when one of your children is unwell and needs to relieve himself/herself. Though not ideal, you decide there is no option but to stop in a secluded field so that your child can get some relief. For a moment, think of the fear and shame that would grip you, that of being spotted. Now imagine the fear that grips millions of Indians who have to deal with this torment every day. And then, you are told that India is ODF.

Bhavkedi, the village where the two young children were killed, was declared and recorded as ODF. Therefore, according to the Government, every household in this village has a toilet, which has been built under the broad aegis of the Swachh Bharat Abhiyan (SBA). However, the kids’  death shows that whatever the statistics,  the truth appears to be quite different.

Another reason why India’s sanitation facilities have not improved really is because while constructing toilets may look good on paper, the problem of open defecation cannot be tackled unless we address issues surrounding caste system and focus on changing people’s mindset. The reason why the Government has picked building toilets as a target rather than actually building composite sanitation facilities is because it is easier to market and talk about the former than actually measuring whether sanitation in the country has improved at all.

There has been no discussion about the close link between caste system and improving sanitation as part of the SBA even though this is undeniable. This because cleaning of toilets is typically considered to be impure by large sections of society and is reserved for the lower castes. It is this mindset that must change to ensure the success of any sanitation drive.

In fact, a popular digital portal put it rightly when it said that SBA had actually worsened the oppression faced by Dalits in three ways. First, the increase in the number of toilets without the requisite improvement in sanitation infrastructure such as plumbing and septic tanks had increased the need for people to clean out toilets manually. Since the upper caste was unwilling to do so, this task fell on the Dalits which, therefore, increased the prevalence of manual scavenging among them.

Second, Dalits are often excluded from the public welfare system, including grants to make toilets under the SBA. In addition to this, as per news reports, pressure on officials to ensure constructions of toilets has led to a situation where individuals are being threatened with refusal of access to the public distribution system.

Third, despite having the ability and the option to construct toilets, the right to defecate in the open itself is a privilege of one’s caste and, therefore, Dalits have a lesser right to do so. They are then faced with a Catch-22 situation. Neither are they privileged enough to have access to funds to build toilets or have the right to defecate in the open without the fear of being killed.

The issue is not that we have not been able to ensure better sanitation for Indians. This is a huge, complicated problem, one that requires committed efforts and a clear plan of action. The problem, however, is that instead of looking at ground results and actually measuring the success of the SBA, we pat ourselves on the back, listening only to those things that make us happy.

By avoiding rigid examination, we are only fooling ourselves. The long-term impact of this approach, where the pursuit of truth takes a backseat to the hum of propaganda, will be catastrophic. This was recently echoed by former Reserve Bank of India Governor Raghuram Rajan, too, who said that suppressing criticism will lead to mistakes and that it should be avoided by Governments.

The words of Bapu then ring just as “true” today as when he said: “Truth does not become error merely because nobody sees it.” The tragedy will be that by the time we actually do see the “truth” for what it is, we may have lost more innocent souls due to willful ignorance.

(The writer is a former IPS officer, an MP and currently a member of the AAP)