Modi, Modi all over

Modi, Modi all over 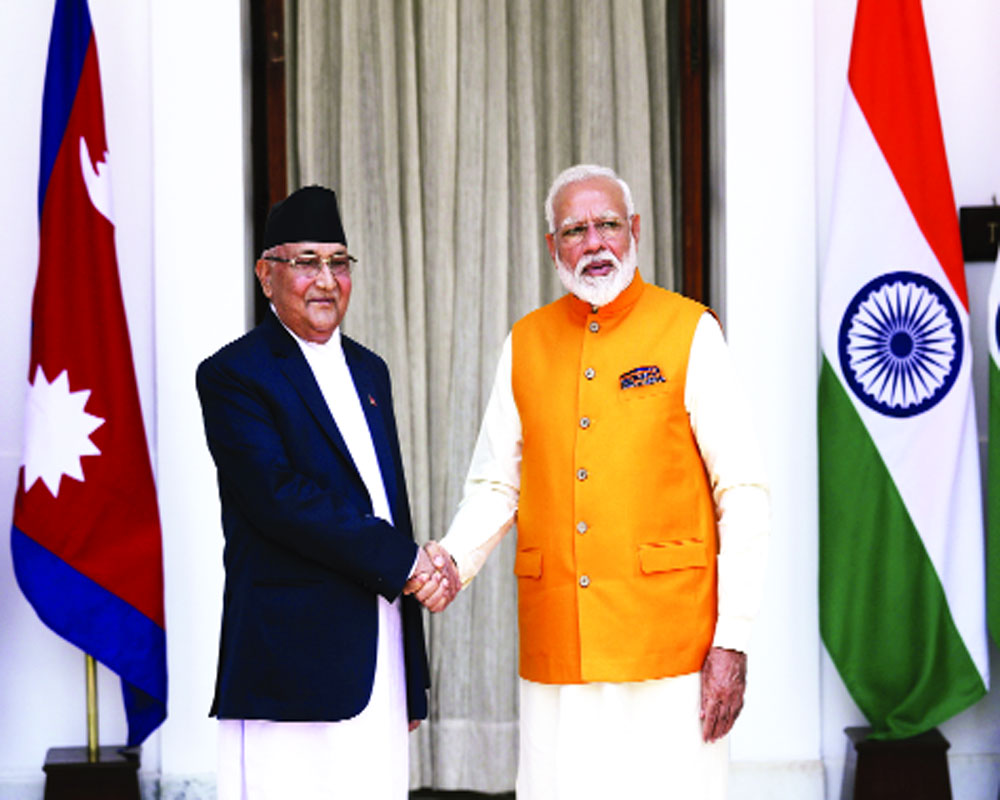 The Prime Minister’s imprint is writ large in all Ministries, which are headed by his favourites

After all the hullabaloo over the formation of the new Narendra Modi government, there should have been a sense of catharsis, some feeling of continuity with many old names featuring as a cladding and awe at decisive changes in the big league. But it doesn’t inspire emotions, either of excitement or despair. For the Modi 2.0 Cabinet is not just an upgrade of version 1.0 but a total overhaul. The message is very clear. The Prime Minister will be aggressively pushing the BJP’s nationalist vision, means business from the word go and wants to do it with a beehive mindset of anodyne co-workers who are congruently attuned to his schematics. So while old performers continue with their briefs, those not falling within his bandwidth have been moved out. Also, he didn’t reward a stupendous electoral performance with a prize if the candidate was not good enough. The big move was, of course, the induction of his deputy Amit Shah as Home Minister and a virtual Number 2 in government. It would be easy enough to attribute Shah’s ascension as a reward for crafting both Modi’s and the BJP’s political journey to an unassailable position today. But Shah as Home Minister means he will not just be tasked with the law and order machinery. One can expect him to push the BJP’s vision for Jammu and Kashmir — if not Article 370, then maybe Article 35 A — take a tough line on militant and Naxal terror and drive the National Register for Citizens (NRC) in border states, particularly Bengal. With Arun Jaitley choosing to stay out of the government, Modi will be counting on Shah to be his sounding board. However, both Modi and Shah, as the dream team which gave BJP its moment in the sun, are not leaving the party unattended as Assembly elections tumble in one after the other and the BJP’s real intention in winning Vidhan Sabhas is to get comfortable numbers in the Rajya Sabha. The name of another of Modi’s favourites, JP Nadda, is doing the rounds as BJP president, that role now more crucial than any Government post. Rajnath Singh, yet another tall leader whom the BJP needs to keep the primacy of Uttar Pradesh, moves to Defence. But Modi is perhaps counting on his seasoned maturity and low-key style of working to shake up defence acquisitions, in recent times overshadowed by the Rafale imbroglio.

The second big takeaway is that of Nirmala Sitharaman breaking the glass barrier and taking charge of the all-important Finance Ministry. She is expected to address slowdown in investment and industrial production, tackle unemployment and more importantly convince India’s corporates that she is good enough to push reforms. Having worked assiduously with former Finance Minister Arun Jaitley, she is expected to follow through with the PMO shadow-coaching reformatory moves. The other woman Cabinet member, Smriti Irani, despite being a giant killer at Amethi, has Woman and Child Development in addition to the old Textiles. With Modi having won a sizeable percentage of women voters, one can expect some empowering policy initiatives. The import of S Jaishankar, who replaces the towering Sushma Swaraj as Minister for External Affairs (MEA), shows that technocrats are going to get lateral entries. It is by the same logic that Hardeep Puri continues to remain in the Council of Ministers. A huge Modi favourite, Jaishankar will harmonise the PMO with MEA and helm critical initiatives vis-a-vis Pakistan, US and China at a time of trade wars and oil sanctions. With Shah and Jaishankar, Modi has created a muscular phalanx in presenting India to the world. The entry of Ramesh Pokhriyal, who has got Human Resource Development, bears the imprint of the BJP’s ideological anchor, the Rashtriya Swayamsevak Sangh (RSS). So cultural nationalism will be an ongoing project, one that envisages changes in curriculum not undertaken before. The Sangh wants a new education policy and reforms in the higher education system. Of course, there are those who remind us of all the good things of Modi 1.0 — the doer Nitin Gadkari retains his hold on infrastructure and now has MSMEs, Ravi Shankar Prasad sticks to Law, Dr Harsh Vardhan has regained the Health portfolio, Prakash Javadekar has Environment and Information and Broadcasting while Piyush Goyal, till recently the front-runner for Finance, has kept Railways and added Commerce and Industry. Apart from the tokenisms to castes, States and allies, the Cabinet has only one theme, that of the charioteer Modi, who keeps space and atomic energy as his plum picks but will have the only say among his yes men.