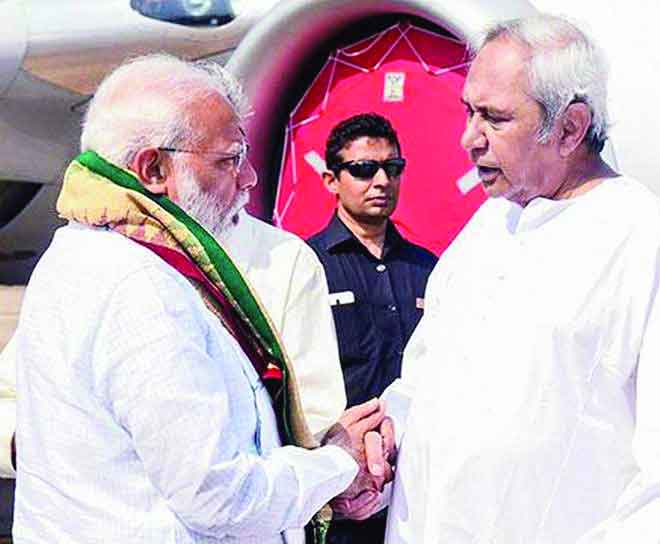 If he wins another term in the Assembly, Biju Janata Dal (BJD) chief Naveen Patnaik would enter the club of the longest serving Chief Ministers of the country by dint of sheer pragmatism, resilience, realism and most importantly the cynicism of others. For somebody who was thought to be an entitled and anglicised legacy holder of the great Biju Patnaik and written off for his elitism, he has taken 20 years to prove that he could be no less a son of the soil with an embedded understanding of the kind that matters in politics. Projecting himself as a simple, single man, who had no diversionary liabilities and had made his people an extended family, he permeated the impervious layer of Odisha’s largely rural and backward population. He had understood long enough that by being a rooted politician and staying true to his origins, he could develop a vision that would hold him in good stead than just being an insignificant local representative or ally of national parties. Hence he restricted himself to the State, though BJD has one of the better representations among regional parties in the Lok Sabha. In the process, he could keep a clean image, pursue progressive policies that industrialised the State and lifted it from its lower development indices, reset welfarism templates and prioritise women as a productive workforce. Overall, he developed brand Odisha that even beat the historically adequate Bengal on growth patterns. It is this individualist approach that has helped him keep equidistance from both national parties and other federal peers. And has everybody keeping him in good humour. Which is why Prime Minister Narendra Modi’s post-Fani diplomacy and his confabulations with Patnaik have set off speculation about a post-poll understanding although the BJP has posited itself as the main Opposition party and is looking to harvest some Lok Sabha seats to offset its expected losses in the Hindi heartland. Modi complimented Patnaik for his smart evacuation strategies during the cyclone and the latter returned the favour, thanking the Centre for the support in funds disbursal. In the absence of this grace and cooperative co-existence in federal polity, particularly with regard to Bengal which was Fani-hit too, pundits have naturally begun reading between the lines. Particularly when the niceties come at a time of scathing mutual attacks by both parties.

But anybody who has been following Patnaik would know that his open-door policy to a hostile party at the Centre is not new. This even when the BJD walked out of the NDA after the communal riots at Kandhamal. Or recently, when BJP poached  BJD’s national faces like Balabhadra Majhi and Baijayant Panda. The Chief Minister is astute enough to understand the value of Central grants and use them for his State-level goals rather than appear competitive about national ambitions. It is for the same reason that the BJD has consciously stayed away from lending support to the mahagathbandhan except for expressing ideological solidarity. So Patnaik supported Bengal counterpart Mamata Banerjee’s right to defend herself against the bias of Central probe agencies as an assault on the federal structure but refused commitment to an anti-BJP front. This has suited the BJP well and Patnaik knows that it has never been hungrier for Lok Sabha seats. The BJP, though trying desperately to increase its tally, is well aware that as chief ministerial candidate, Patnaik is no pushover, having beaten anti-incumbency time and again. So a quid pro quo is implied. Perhaps, that’s the reason why Patnaik, who is looking at thousands and thousands of crores of damage after Fani, has laid down the terms of endearment — he has asked the Centre to sanction five lakh Pradhan Mantri Awas Yojana (PMAY) (Grameen) special houses for those affected in the cyclone-hit districts. Besides, the BJP knows that from just one Lok Sabha seat five years ago, any number is good. True the BJP has made inroads with Petroleum Minister Dharmendra Pradhan and Tribal Affairs Minister Jual Oram working the coastal and tribal belts. But they don’t have a grassroots base strong enough to effect a tidal change. The BJP may have engineered defections among BJD leaders but most are rebels whom Patnaik has junked to boost his own image of zero-tolerance to corruption and malpractices. Still, his solo run is being threatened by some challengers for the first time and smart deal-making might give him what he wants, a legacy on his terms.