Nasty side of power plays

Nasty side of power plays 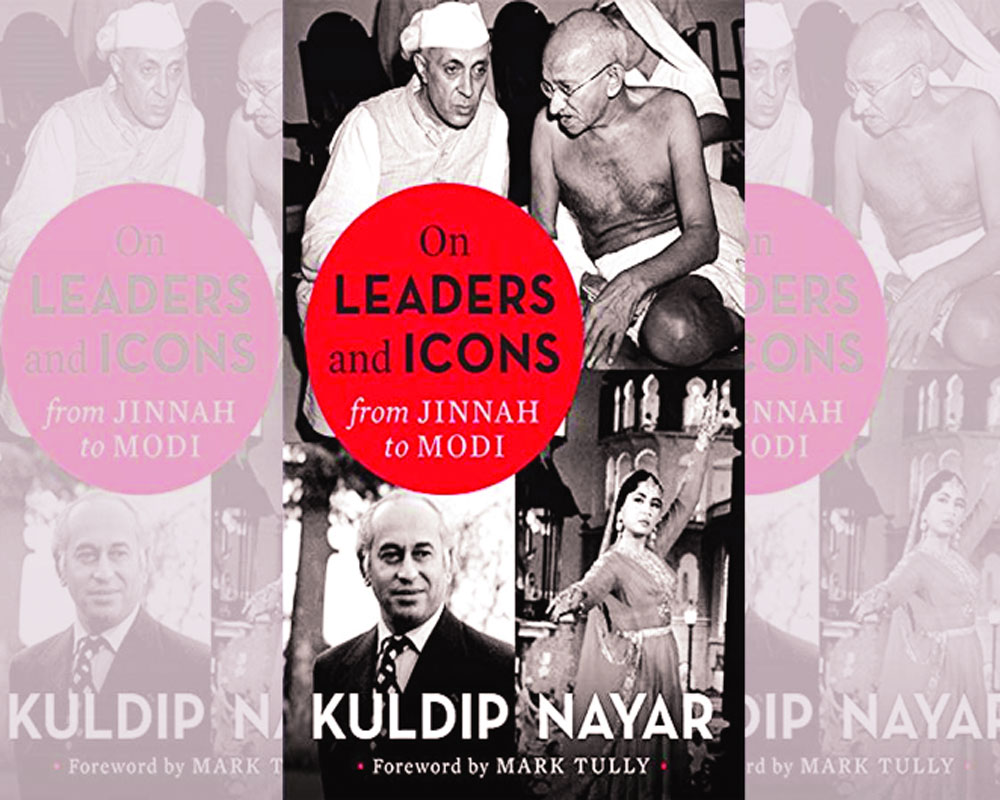 Kuldip Nayar’s recollections in his book, On Leaders and Icons: From Jinnah to Modi, about leaders of pre and post-independent India make some startling revelations

Declining to release Kuldip Nayar’s posthumously published book, On Leaders and Icons: From Jinnah to Modi, former Prime Minister Manmohan Singh informed the veteran journalist’s wife that on perusing the book, “I found a reference on page 172 that during my prime ministership, Government files would go to Sonia Gandhi’s house. This statement is not true and Kuldip did not check with me about its truth. In this background, I would find it embarrassing to attend the book release function on February 8, 2019.” Raconteur par excellence, Nayar wrote that Singh’s lack of a popular base helped his political career. Selected as Prime Minister, for 10 years, he served as a “convenient front man for Sonia Gandhi and her dynasty.” Government files would go to her residence where senior Congress leader Ahmed Patel guided her in day-to-day Government affairs.

This is hardly news for most Indians. What is startling is the revelation that when former Prime Minister Jawaharlal Nehru suffered a stroke in January 1964, Indira Gandhi ruled the country in the name of her ailing father. Lal Bahadur Shastri, as Minister without portfolio, “began quietly dealing with the files marked to Nehru. Indira Gandhi did not like this. She would insist on seeing important files herself before sending them to Shastri. The latter learnt of this but did not protest”.

Nehru’s ambition to make Indira Gandhi his successor was visible to all. In 1959, UN  Dhebar stepped down as Congress president and aware of Nehru’s desire, proposed Indira Gandhi as next president. Aghast, Home Minister Govind Ballabh Pant protested that her frail health would hinder the extensive travels required of a Congress president. But Nehru raised his voice: “she is healthier than both of us — and could put in longer hours of work.” With that, Indira Gandhi was unanimously elected and cleared the first hurdle to prime ministership.

Indira Gandhi’s name came up after Nehru died but Morarji Desai’s ambition thwarted a consensus and the mantle fell on Shastri, who died of a heart attack less than two years later in Tashkent, Uzbekistan. Nayar, who was in the media delegation, recounts that Shastri retired slightly agitated as the accompanying Indian media had badgered him about the return of Haji Pir and Tithwal to Pakistan after the 1965 war. Angered over the concession, his wife, Lalita, had refused to speak to him over the telephone.

At the dacha, Swaran Singh asked Nayar, “Who do you think the next Prime Minister will be?” Nayar repeated what Shastri had told him a few months earlier: “If I die in the next two years, my successor will be Indira Gandhi. If I survive, it will be YB Chavan (then Defence Minister)”. In Delhi, he recalls, Lalita Shastri asked him, “Where were you? Can’t you see he has been poisoned, his whole body is blue?”

There was distressing politics over the cremation. Indira Gandhi wanted Shastri cremated in his home town, Allahabad, away from Raj Ghat where Mahatma Gandhi and Nehru had samadhis. She had already (though Nayar omits to mention it) denied him the Prime Minister’s residence at Teen Murti by turning it into a memorial. An enraged Lalita trounced Indira Gandhi by threatening a fast-unto-death. Indira Gandhi then opposed inscribing Shastri’s famous slogan, “Jai Jawan, Jai Kisan” on his samadhi at Vijay Ghat; Lalita threatened self-immolation. Later, searching for an appropriate prime ministerial bungalow, Indira Gandhi inspected the Shastri home, sneered at his “middle class living” and left the place to the family.

Despite his gargantuan memory, Nayar states that Jinnah joined the Indian National Conference in 1906. Actually, the Conference had merged with the Indian National Congress (INC) in 1886; Jinnah joined INC in 1906. He recalls Jinnah’s first speech as President of Pakistan, wherein he admits the intractable problem of minorities in both countries: “…All the same, in this division it was impossible to avoid the question of minorities being in one Dominion or the other.” Clearly, Jinnah knew the problem he was creating but went ahead. More tellingly, the Quaid-e-Azam’s speech was not broadcast by Radio Pakistan: A reality byte regarding his power in the country he created.

Interestingly, Nayar recounts that when he met Louis Mountbatten near London on October 1, 1971, the latter recalled a conversation with Jinnah at the Viceroy House in Delhi on April 9, 1947: “I told Jinnah that his moth-eaten Pakistan would not last more than 25 years.” Mountbatten claimed he told Jinnah that East Pakistan would become an independent country in 25-30 years. However, his former Press adviser, Alan Campbell-Johnson, told Nayar, “Mountbatten’s memory probably fails him. I should have known if he had made such a remark.” Cyril Radcliffe, who delineated the border, concurred with Campbell-Johnson: “You are the first person to tell me this. I had never heard it before.”

One wonders why Mountbatten, who presided over the bloody Partition and decapitation of India’s northern frontier to serve the West in the emerging Cold War, embellished the truth. Speaking to Larry Collins and Dominique Lapierre in 1972, Mountbatten claimed, “I was always convinced East Pakistan would never work. The whole concept of two different peoples being held together over all those miles by the same religion was absolute nonsense. But West Pakistan was something else, I wanted it to work.... I wanted Kashmir with them, I did not muck up my own creation…” (Mountbatten and Independent India, Vikas: 1998: 56)

Nayar says Jinnah sowed the seeds of separation when, during his first official visit to East Pakistan, he insisted that Bengalis would have to learn Urdu, Pakistan’s national language. Yet, in India, Nehru allowed Sheikh Abdullah to impose Urdu on Jammu & Kashmir, when Kashmiri has a rich literary tradition.

Nayar reveals that Nehru had said, “Even if Kashmir were to be handed over to Pakistan on a platter, Pakistan would think of some other way to keep its quarrel with India alive, because Kashmir is only a symptom of a disease and that disease is hatred of India.” Surely Nehru realised that the object of hatred was India’s Hindu majority. Though he does not say so overtly, Nayar places the burden of maintaining plurality solely on the Hindu community. His ode to Noor Jehan should have queried why famous artistes in cosmopolitan Mumbai went to Pakistan. Why, when Maharaja Hari Singh ran a secular Government, did his court artist, Malika Pukhraj, go to Pakistan? Above all, why did Saadat Hasan Manto?