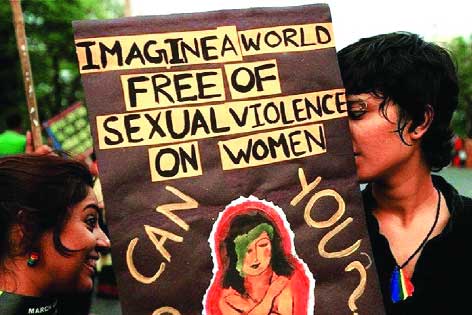 Sexual abuse of sportswomen is rampant and it’s time for swifter, stringent action against offenders

For all the spectacular successes notched up by female athletes in recent years, a blip of shame reminds us how they, too, fall easy prey to sexual harassment, sadly by the mentors who groom them. Disgustingly enough, such incidents not only defeat the virtue of sports as one that overcomes barriers and fear but spoil the institution of guru and shishya and the inherent trust imbued by tradition, where the mentor finds his pride in the excellence of the student. The latest case to hit the headlines is the shameful abuse of authority by swimming coach Surajit Ganguly, who had been molesting a 15-year-old national junior gold medallist for over six months. Though he was sacked by the Goa Swimming Association (GSA) and later booked for rape, he managed to get a job. Not only that, turns out he is a repeat offender. If this happens to a high-value performer, who is usually in the public eye, one dreads to think what must be happening to debutantes and those waiting to make the cut? Though Union Sports Minister Kiren Rijiju stepped in and promised stringent action, he did so only after being badgered by a Twitter user who tagged him with screenshots from the video of the minor girl being molested. Why should attention be compellingly drawn to such travesty by predatory coaches and selectors and an automatic penalty code not embedded in sporting federations?

It’s sad that the well-being and safety of our sportspersons are taken lightly when they are expected to deliver in high-pressure tests of endurance, performance and will power. Clearly we are waiting for more scandals to flare up before our response mechanisms can kick in. And this case follows close on the heels of star athlete Hima Das’ coach Nipon Das being accused of sexual assault by another trainee in Guwahati. Inaction and lack of redress of sexual harassment can have disastrous effects on the performer, a fact acknowledged by the International Olympic Committee way back in 2007. Noting the prevalence of predatory behaviour in elite sports, it had said, “Sexual harassment and abuse in sport... can result in impaired performance and lead to athlete drop-out. Clinical data indicate that psychosomatic illnesses, anxiety, depression, substance abuse, self harm and suicide are some of the serious health consequences.” Although sporting federations have a cardboardish complaints committee and training stadia, institutes and complexes come within the purview of the Sexual Harassment of Women at Workplace Act, 2013, hardly do athletes file complaints. That’s because they fear the hitback that comes in the form of official coercion, ostracisation, exclusion from the squad, stigmatisation and, in short,  the end of their careers. So, unsure are our sportswomen of getting justice that there have been cases of suicide by girls unable to handle the pressure, abuse and humiliation. The 2015 suicide pact and resultant death of one of the four Kerala rowing trainees at the SAI’s Vembanad centre, claiming harassment by seniors, is a case in point. A 21-year-old pugilist committed suicide in 2009 facing constant harassment from her coach. Then there’s the larger socio-cultural mindset which doesn’t stop objectifying and belittling players like Saina Nehwal, Sania Mirza and Jwala Gutta. Till we regard sportswomen as high-value achievers and record-holders worth celebrating, fair play is a long haul.