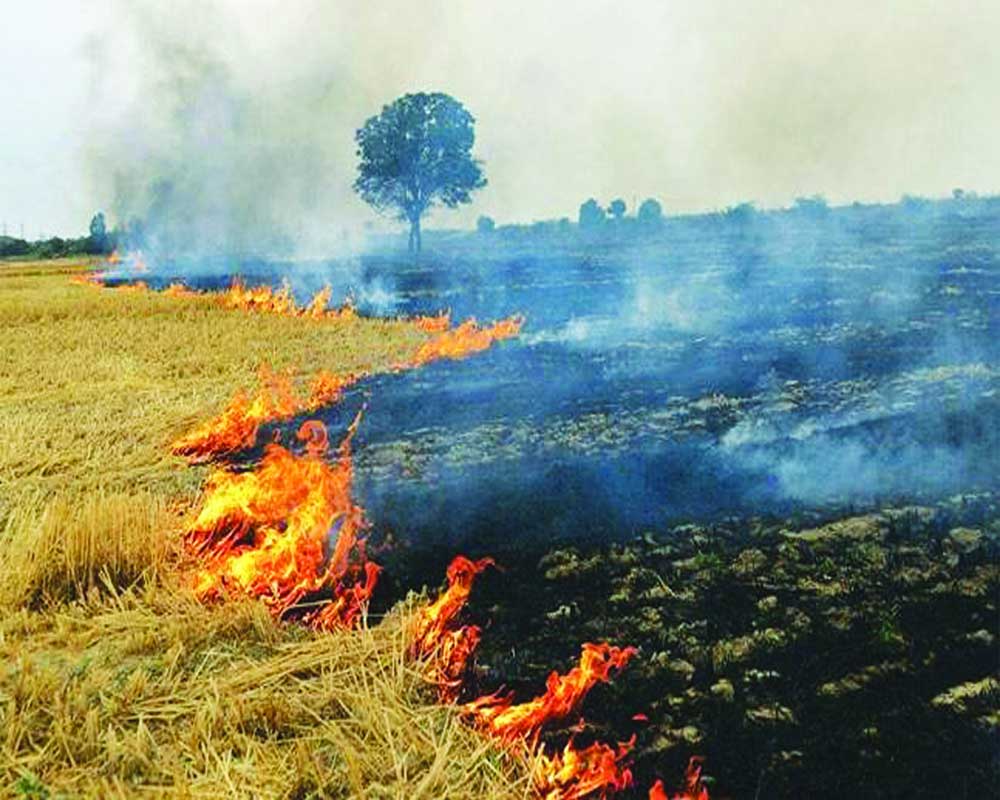 Good governance is not just about absence of corruption; it is also about effective decision-taking. People are wanting to see such examples from their elected leaders

Imagine this. It’s winter time once again. Post-Diwali, people in the northern plains of India are expecting air pollution to worsen from stubble burning in Punjab, Haryana and western UP. But nothing of that sort happens. No stubble burning and so no spike in air pollution levels. Nobody knows why. Then a few months later, a scholar, researching on the issue, reveals it all in his TED talk on good governance. He reports how the Chief Ministers of Punjab, Haryana, Delhi and UP had come together and took upon themselves to tackle this menace. They co-created a fund and entrusted it to an agency that would fast-track search for a solution. The entrusted agency hired the best and the brightest brains in the country and got them to focus on the issue. A few months later, a multi-disciplinary team came up with a few good uses of crop residue. They developed a few applications of crop residue, studied their market potential and also developed a business model around it. In doing so, they not only created a value proposition but also a potential for employment. A few entrepreneurs were roped in to produce and sell those products/applications. As a result, crop residue now commands a price. Farmers have now started selling crop residue for money instead of burning it. All this sounds amazing, isn’t it?

What’s even more amazing is that the State Governments did so quietly, away from public glare. Not seeking credit or scoring a point over each other’s political parties. Come elections and the incumbent political parties will have a chance to narrate this “success” story to its people and “win” their hearts (and votes too!). This may all sound surreal but this is the spirit needed in solving any development problem. This is the spirit behind good governance. In reality, however, what we are seeing is not good governance but dirty politics. Instead of finding a solution to the problem at hand, State Governments are using this problem to show each other in a bad light. Having failed to take any corrective action on time, they are now resorting to symbolism: the Punjab CM has written to the Centre asking for its intervention; the Delhi CM has played a “victim card”, distributed masks and initiated the odd-even scheme; the Haryana CM has announced incentives for anybody reporting stubble burning in the State and so forth.

Nothing stops State Governments from joining hands in finding an effective solution ahead of the problem that shows up every year with striking regularity. It’s well within the capacity of any State Government to find a solution, even if nobody is cooperating. The Punjab Government, for example, could have easily taken the lead in cracking this problem in its jurisdiction, one that didn’t require huge resources. All it needed was a little foresight and a commitment to finding a progressive solution. But it failed to seize the opportunity. In doing so, it also missed a chance to contribute to uplifting the sagging image of its political party at the national level.

Seeing the lack of seriousness of States, the Supreme Court (SC) had to finally intervene. It announced, among other measures, a complete ban on stubble burning. It noted that in case of any violation of the ban, the entire administrative machinery — from the top to the bottom — would be held accountable. With the SC order coming in, people can heave a sigh of relief. They can be rest assured that some meaningful action would happen. But this relief is only temporary as the problem of stubble burning itself lasts for no more than a couple of weeks. While the air pollution is most acute during the period of stubble burning, it remains a silent killer almost round the year and, therefore, needs addressing too.

It is a known fact that pollution levels in the National Capital Region (NCR) remain unsafe for the most part of a year. It’s created by a host of other factors, notably vehicular emission, dust from construction and demolition of buildings, burning of garbage and dry leaves, and emissions from industrial activities. An effective strategy is needed to deal with each of these sources of pollution. In devising and implementing such a strategy, State Governments of Delhi, Haryana and Uttar Pradesh need to work closely with the national government and municipalities in a non-partisan manner. But this isn’t happening.

What’s indeed happening is that those in power want to be seen doing something about it without necessarily dirtying their hands. Controlling air pollution is a messy affair. It also entails taking some harsh measures. Some of those measures may not go down well with the public and may prove to be un-populist. Governments generally hate taking such measures. Their emphasis is on seeking credit, scoring a point, even if they deal only with a part of the problem instead of the whole. Governments are happy “educating” the people of what is within their control and what is not. Their conduct is not entirely surprising though. But State Governments need to realise the changing political landscape in India and the rising expectations of people from their elected representatives. Governments are elected not only for “educating” the public but also for finding an effective solution, regardless of what it takes. Good governance is not just about absence of corruption; it is also about effective decision-taking. People are wanting to see examples of good governance from their elected leaders and the political parties they represent.

Despite these underlying changes, it’s unlikely that the governments in the NCR region will follow through all the measures necessary to control all the sources of air pollution. As a matter of fact, when administrations at different levels are affiliated to different political parties, they start working at cross-purposes instead of working collectively in solving any problem. Nowhere is this seen as clearly as in the NCR; and no other problem illuminates this so well as the problem of air pollution. The SC needs to ensure that the administrations in the NCR deal with the problem of air pollution, comprehensively and effectively.

It is worth reminding that air pollution is not the only problem affecting the NCR. It’s no secret that NCR is a badly managed region. Examples abound of glaring failures of the administration at all levels: farm animals meandering freely on roads, obstructing flow of traffic; huge parking space crises co-existing with mis-managed parking spaces; new encroachments and illegal structures getting built every day but the authorities refuse to take cognisance, let alone taking action; management of city traffic lacks application of even basic thinking of traffic segregation and so forth. The reason for these, and a host of other problems, is a systemic failure of administrations to work in tandem with each other. Actually, this is what SC needs to address. How?

If the SC can provide a framework guidance on how the administrative authorities at different levels are supposed to conduct and coordinate with each other, it will have dealt with the root cause of most problems facing the city dwellers. This is particularly needed when different levels of administration are ruled by different political parties. Further, any guidance to ringfence technical issues from political interference would be a significant move forward. After all, cities are complex systems that need to be operated efficiently, which requires some degree of technical sophistication. Cities cannot become “smart” unless the administrations become “smart” – that is, unless they take decisions in a professional manner.

(The author is a Delhi-based development economist, formerly with the Gates Foundation and World  Bank)